Bill Belichick and Brian Flores have built their NFL coaching reputations on the defensive side of the ball.

But it's what will happen offensively for both teams that will be in the spotlight as the Patriots and Dolphins open the 2020 season.

New England's offense is expected to look different with Cam Newton at the helm following Tom Brady's exit in free agency. Miami is turning to veteran coordinator and coach Chan Gailey to revitalize its attack with top draft pick Tua Tagovailoa waiting in the wings behind veteran Ryan Fitzpatrick.

Newton hasn't tried to hide his giddiness since officially being selected as the starter at the end of training camp. After nine seasons in Carolina, including two final years disrupted by injuries, he said joining the Patriots is "a match made in heaven."

That doesn't mean he'll be nervous though.

"I don't get butterflies. I give them," Newton said with a smile.

Fitzpatrick will start for the Dolphins on Sunday. But even he has described himself as a "placeholder" while the Dolphins groom Tagovailoa, who is working his way back from the hip injury that limited him to just nine games in his final collegiate season at Alabama.

Still, Fitzpatrick acknowledged that "it means a ton" to be the Week 1 starter. 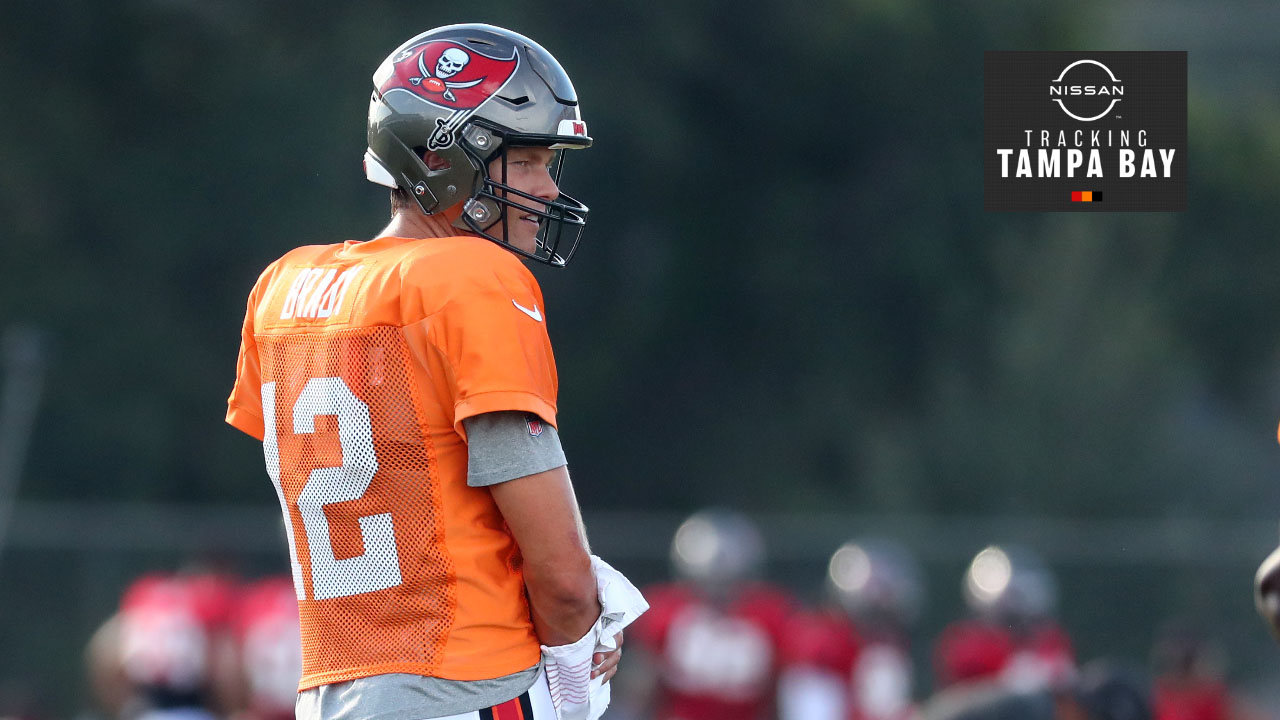 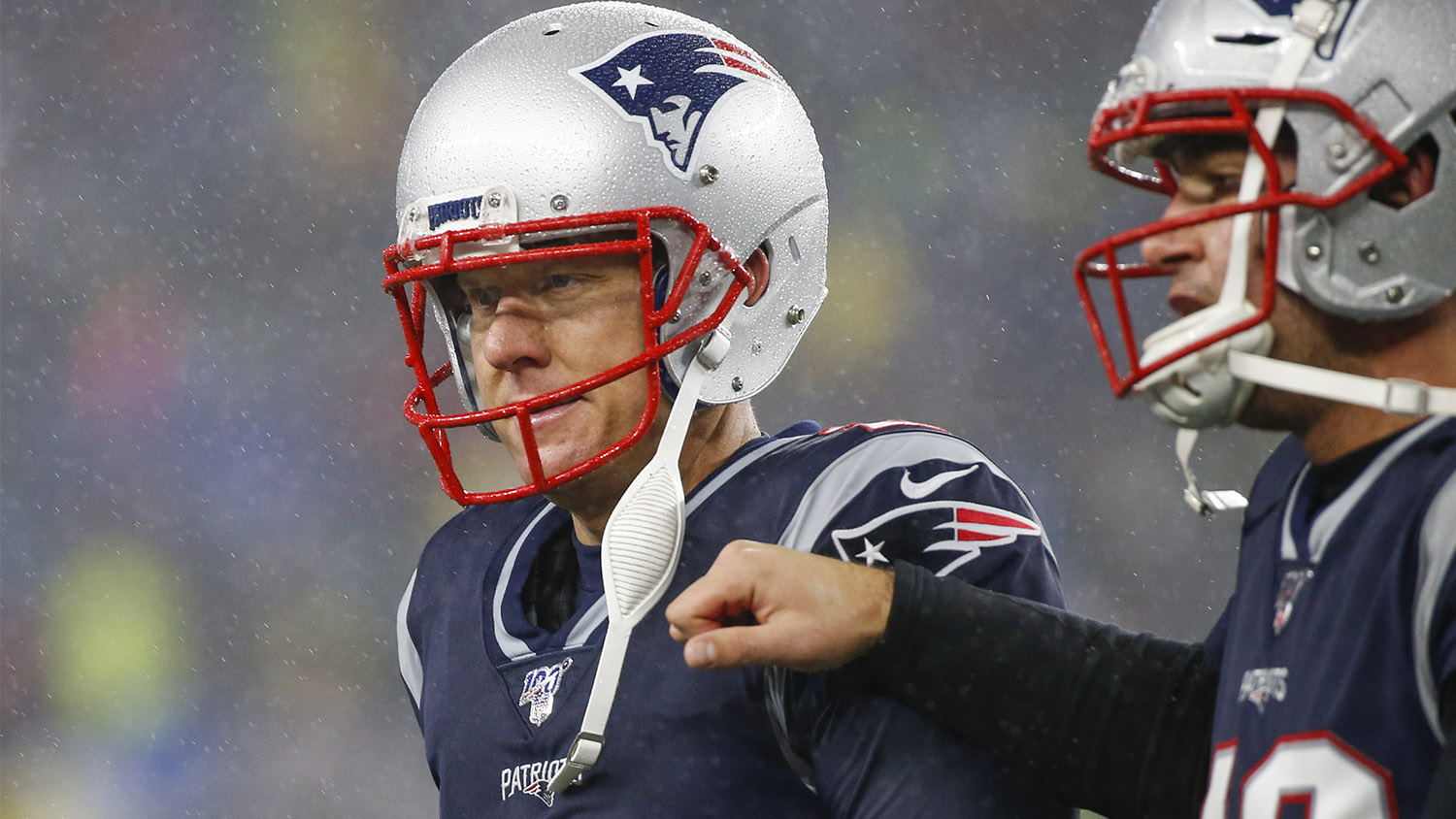 "It's not something that I take for granted," he said. "I've kind of gone back and forth and been the guy and not been the guy. I know how difficult it is to earn something like this. ... It's the reason I still play."

All things considered, It's not a bad consolation for Miami. The 37-year-old Fitzpatrick is 55-83-1 as a starter, but he was the Dolphins' most valuable player last year.

Flores said he isn't concerned about if or when he'll have to make a decision between Fitzpatrick and Tagovailoa.

"I think it could happen at any position. It's football. Guys get injured. Things happen," Flores said. "So the entire team or the guys who are on the active roster have to be ready to go and Tua is part of that."

"It's a big deal. It's really a big deal," Newton said. "I understand who I am, I understand being an African-American in this time we have to be stronger and sticking with each other more than ever now. Yet this is a great feat to achieve but at the end of the day we have to make sure we're using our platform for positive reasons, and that's what I want to do."

Patriots center David Andrews may be one of the most enthusiastic players on the field Sunday. That's because it's been more than a year since he suited up for an NFL game.

Andrews spent the 2019 season on injured reserve after being diagnosed with blood clots in his lungs. It was a shock to the system for a player who had been one of New England's most durable offensive linemen since joining the team as an undrafted free agent in 2015.

Now cleared to play, Andrews said he is feeling gratitude and excitement to be back.

"I just get chills thinking about it," he said.

Three of the Dolphins' eight captains are newcomers who came from the Patriots: center Ted Karras, linebacker Elandon Roberts and linebacker Kyle Van Noy. They're looking forward to facing their former teammates.

"They've been talking trash the four years I've been there," Van Noy said, "so I'm excited to see if we both can back it up."

Van Noy, Roberts and Flores all won Super Bowl rings with the Patriots, an achievement that stands out on a Miami team that hasn't won a playoff game since 2000.

Van Noy said Flores has the Dolphins pointed in the right direction.

"I know what winning looks like," Van Noy said. "I respect Flo a lot. He's doing a really, really good job. We're not taking any shortcuts."

Fitzpatrick, who begins his 16th NFL season Sunday, has made a lot of connections while playing for eight teams. That became apparent with the outpouring of sympathy when his mother died two weeks ago.

"There were a lot of people that reached out," he said. "I've been feeling a lot of love lately in that regard — just people that want to let me know that they care about me, and they're thinking about me and my family."

Flores said the embrace of Fitzpatrick is emblematic of the level of respect the team has for him.

"Fitz embodies everything we're looking for in a Dolphin," Flores said. "He loves to play. He's competitive. You can feel his energy on the field in practice and games. And he's got leadership. Guys gravitate to him and follow him."