Temperatures will climb into the 40s and 50s after a burst of snow Thursday morning.

After a burst of snow early this morning, skies will quickly clear out this afternoon.

Temperatures will climb into the 40s and 50s Thursday, followed by another cool day Friday. Skies will be a mix of clouds and sunshine tomorrow, with clouds increasing and thickening during the second half of the day.

Another burst of snow is possible Friday night into Saturday. This system is a bit more robust and could drop moderate amounts of snow Friday night into early Saturday morning. Don’t bother shoveling -- by Saturday afternoon the sun with return and temperatures will reach the upper 40s. 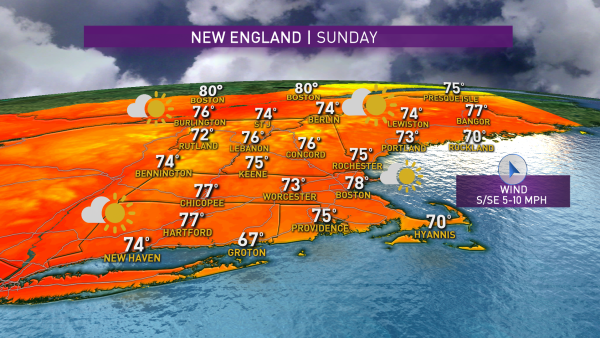 Sunday will be the pick of the weekend. Temperatures will approach 60 with some sunshine during the front end of the day. Overall, next week looks fairly mild with occasional shower chances.