With the Election Looming, How Quickly Is Mail Delivered In Massachusetts?

At Leah Higginbotham's home in Newton, Massachusetts, something was missing during her daily check of the mailbox earlier this month.

"Our mail carrier, who's awesome, went on vacation," she recalled.

"My mom, she's freaked out that it's gonna happen to her because her prescriptions come in the mail," Higginbotham said. "People rely on the post office."

Nationwide, Americans will rely on the post office in a profound new way this fall as fears over the coronavirus pandemic drive a historic number of people to vote by mail.

More on the U.S. Postal Service and voting by mail 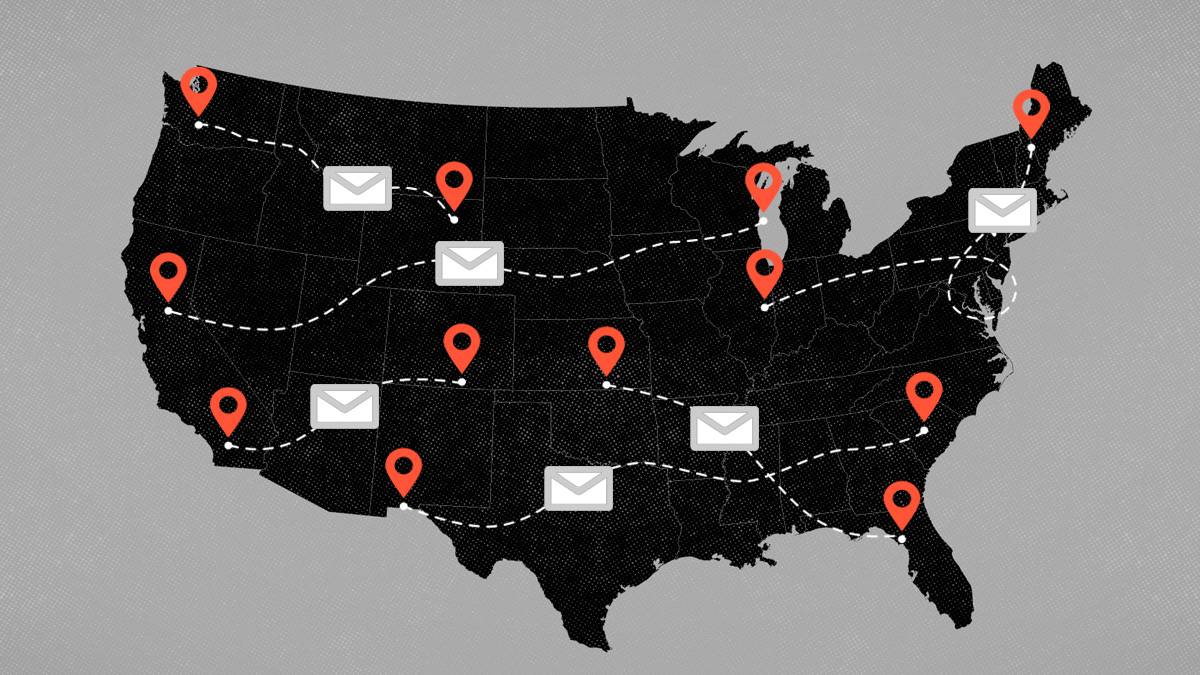 We Mailed 155 Letters From a Dozen States. There Were Some Delays 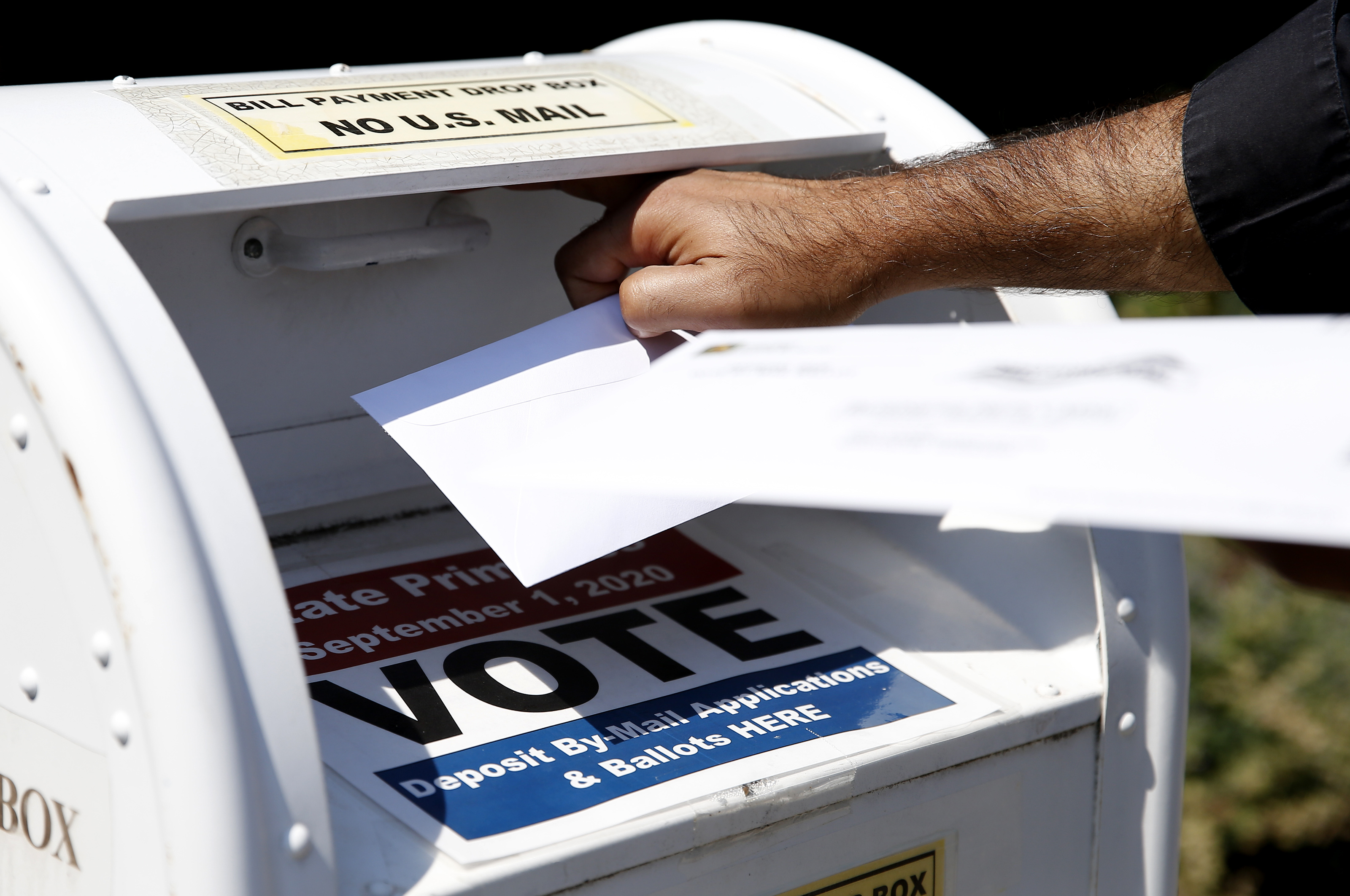 While mail-in voting has existed for years, the large-scale shift in voting behavior will increase the burden on the U.S. Postal Service at a time when concerns over its performance have been mounting.

In Chicago, postal union representatives told NBC News last week that mail inside some USPS facilities was stacked so high that workers barely have space to walk by. Others said the removal of postal sorting machines and rigid new rules for mail trucks and carriers have made the slowdown worse.

"It's demoralizing to see the mail that we treat as our own backing up," said Mark Dimondstein, president of the American Postal Workers Union.

Dimondstein and other labor leaders have tied recent performance problems to cost-cutting policies put in place by the new postmaster general, Louis DeJoy, a Trump campaign donor who took over the job this summer.

On Aug. 14, we stuffed envelopes with a dozen letters and sent them out by first-class mail to destinations around the Boston area, and also out of state. Our colleagues at other NBC stations around the country did the same, placing more than 150 letters originating in Chicago, Dallas, Miami, San Diego and other cities into the mail stream.

We found the post office performed relatively well in our early trial, delivering 88 percent of the letters within three business days. And nearly all landed in mailboxes by the end of one week.

After a couple of weeks, only two letters remain missing. That's about 1% of the letters we sent. And while that might not sound like much, a small percentage of missing ballots could be consequential in the November election.

With many states taking unprecedented steps to expand mail-in voting this year, experts predict the number of people voting by mail this year could hit around 80 million, the New York Times recently reported.

If those predictions are correct, 1% of ballots getting lost in the mail would translate into 800,000 missing votes.

Postal watchdog Kevin Kosar says the good news is the agency typically handles some 2.8 billion pieces of mail per week, and handles major spikes during the holidays. Millions of additional mail-in ballots would represent a relatively small increase in mail volume.

Facing a wave of criticism, the postal service announced last week it has paused cost-cutting measures, including capping overtime and removing mail-sorting machines, until after the election.

In a heated exchange with Congress last week, DeJoy, the new postmaster general, also pledged to convey election mail on behalf of voters.

"The postal service is totally capable and committed to delivering the nation's ballots securely and on time," he said. "The sacred duty is my number one priority between now and election day."

But some worry the political damage is already done.

"The concern for me lies with the distrust being sold that people are afraid to put their ballots in the mail, and perhaps they won't vote and be disenfranchised," said Kosar, the postal watchdog.

Given the recent delays, Higginbotham said she's more comfortable voting in person than mailing in her ballot.

"You just don't know what's going on at the post office right now," she said.

NBC journalists will continue testing postal performance in the weeks leading up to the election.

If you're planning to vote by mail in Massachusetts, election officials recommend requesting your mail-in ballot now.

Unlike in years past, voters in Massachusetts don't need any excuse for why they can't show up at the polling place on election day. All registered voters can cast their ballot in the mail this year.

The U.S. Postal Service recommends applying for a mail-in ballot no later than Oct. 20. Your local election office must receive your application by 5 p.m. on Oct. 28 at the latest. Applications must be signed.

Completed ballots must then be postmarked by Nov. 3 and delivered to your local election office by Nov. 6 in order to be counted.

For more information, visit the secretary of state's website.