In July, the UMass Board of Trustees approved a $3.3 billion budget that froze 2020-21 academic year tuition for the first time in six years; the second budget freeze is possible because of federal funding

In recognition of the impacts the pandemic continues to have on people's pocketbooks, University of Massachusetts President Marty Meehan will recommend a tuition freeze for in-state undergraduate students in the system next academic year, he announced Tuesday.

"To lessen the financial burden on our students and their families, many of whom have suffered from job losses, business closures and other impacts of the COVID-19 crisis, I intend to recommend to the UMass Board of Trustees that we freeze tuition for in-state undergraduate students for the second consecutive year," Meehan said in a video taped in a research lab at UMass Medical School.

In the video released as part of his State of the University address, Meehan also said UMass is striving toward having "near normal operations" in the fall with most students attending in-person classes and employees returning to campuses.

In July, the UMass Board of Trustees approved a $3.3 billion budget that froze 2020-21 academic year tuition for the first time in six years, which meant $18.6 million in foregone revenue for the system. UMass also had to cut about 6% of its full-time equivalent workforce and furlough thousands of others to close a $264 million budget gap.

Around 120 nursing students from UMass Lowell are assisting Lowell General Hospital with their mass vaccination clinic.

This year, Meehan said the tuition freeze is "made possible by the support of federal legislative delegation, which recently passed the American Rescue Plan and our partners in both the state legislature and Governor Baker's administration."

Meehan's recommendation must be approved by the UMass Board of Trustees to become effective and board Chairman Robert Manning suggested in a press statement Tuesday that he's on board with the freeze.

"President Meehan's recommendation reflects his recognition that our students and their families have been dealing with significant financial hardship throughout this pandemic. The Board shares this concern, and also knows that the skilled management of university by President Meehan and our five chancellors makes this freeze possible," he said.

After COVID-Flouting Party at UMass Amherst, About 200 Students Face Suspensions 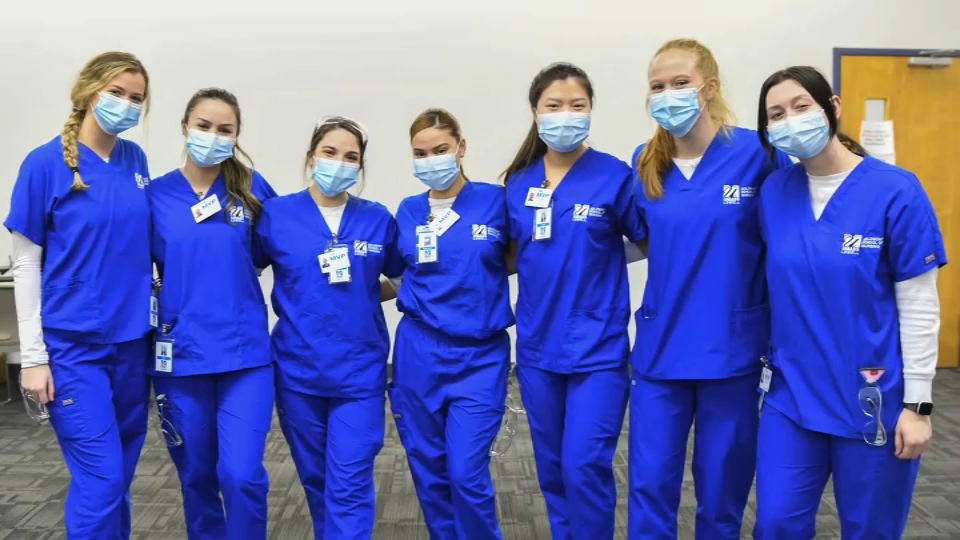