Severe restrictions to daily life have been ordered, including canceled school, limits to gathering in groups and eating in restaurants, as the state fights to mitigate the spread of the deadly pandemic

The total number of coronavirus cases in Massachusetts is up to 218, public health officials said Tuesday, after it stood at 197 a day before.

Massachusetts is one of the states in the U.S. with the most coronavirus cases in the country so far. While no one has died from the virus locally, more than 70 people have died nationwide.

Severe restrictions to daily life have been ordered, including canceled school, limits to gathering in groups and eating in restaurants, as the state fights to mitigate the spread of the deadly pandemic.

Earlier Tuesday, Gov. Charlie Baker said Massachusetts faces "tough days ahead" and shot down rumors of residents being ordered to shelter in place.

President Donald Trump and the Coronavirus Task Force gave updates on the coronavirus pandemic on Tuesday, urging people to heed the CDC guidelines for at least 15 days and act with an abundance of caution. Secretary of the Treasury Steve Mnuchin later announced an IRS tax deferral for those who owe taxes.

For days, the majority of Massachusetts' cases accounted for in the Department of Public Health's numbers were related to an employee meeting held by local biotech company Biogen at a downtown Boston hotel. But that is no longer the case -- Tuesday's figures report 102 people tied to the meeting directly or through members of their household.

Thirty-three cases have been found to be transmitted locally and 24 are related to travel, according to the numbers. Another 59 remain under investigation.

Someone has the coronavirus in at least 10 of the state's 14 counties.

Eighty-nine of the state's cases are in Middlesex County, 43 in Norfolk, 42 in Suffolk, 14 in Berkshire, eight in Worcester and Essex, five in Bristol and Plymouth, two in Barnstable and one each in Hampden. Another case hasn't yet been traced to a location.

Twenty-one cases so far have been confirmed as needing hospitalization, while 52 remain under investigation and 145 people haven't needed to go to the hospital.

Many officials have cited the phrase "flattening the curve" as they've seriously cut back on public events. An infectious disease expert explained what it means and why it's crucial for the public health system.

The rush to limit social activity across the nation is an attempt to prevent the virus from spreading so quickly it overwhelms hospitals' intensive care units, which places like Wuhan, China, and Italy have seen. 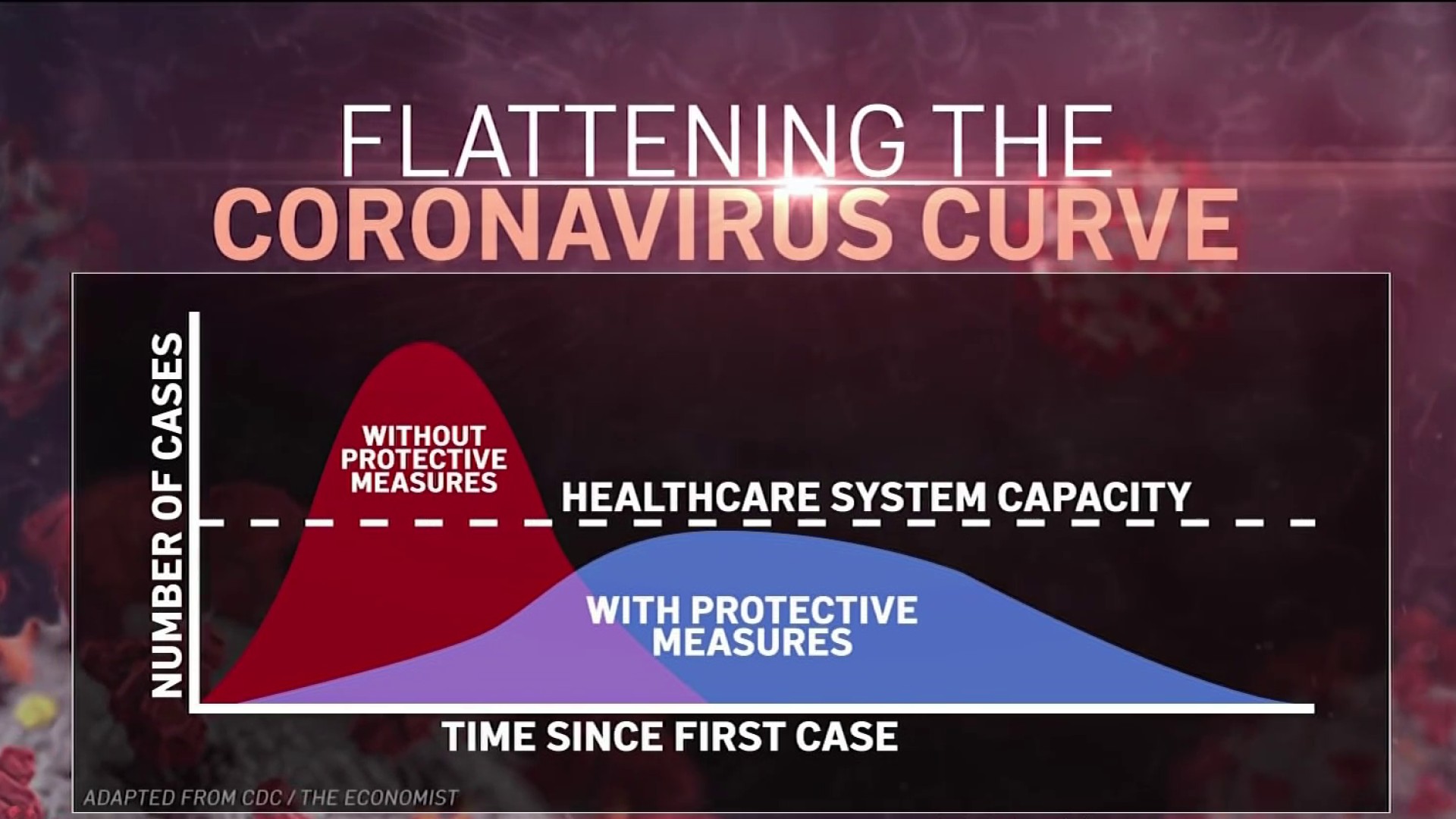 Massachusetts Has Been Planning for a Pandemic for Years. Here's What It Predicted.