Speaking at her last coronavirus news conference of the year, Raimondo said Tuesday's 7.1% positivity rate is a vast improvement.

"We have turned the corner. A few weeks ago I was up here and we were flying up the curve," she said. "Eight, nine, ten percent positivity, and now we're coming down. That is because of the pause. It's also because we're doing more testing."

On Monday, some Rhode Island businesses were allowed to reopen or increase capacity after the three-week pause officially ended.

Raimondo on Friday said she decided to lift the pause because of what she called "sustained decreases" in positivity rates, which it's hoped will stop hospitals from being flooded with coronavirus patients.

Now that the pause has ended, restaurants are allowed to increase indoor capacity from 33% to 50%. Businesses allowed to reopen include gyms, casinos and indoor recreation facilities.

Rhode Island reported 880 new confirmed coronavirus cases Tuesday and an additional eight deaths. There have now been 1,678 confirmed deaths and 81,187 cases, according to the Rhode Island Department of Public Health.

Raimondo also said Tuesday that contact tracing in the state has improved but over the next few weeks, residents still need to exercise caution.

"We cannot just flip the switch and go back to life as usual," she said. The name of the game, through the rest of the year and through the holidays is to protect your household, stick with your household. Stay with the people you live with."

Raimondo said despite the hurdles, Rhode Islanders made it through the year and are in a stable place going into the holidays.

"Millions of times over the last year, Rhode Islanders have come together, pitched in, made donations, looked in on a neighbor, helped someone get food in quarantine… We have found the light in the darkness, we have found the space in our lives, and we have dug deep to figure out a way to care for others even when we've been struggling," Raimondo said. "So my wish for all of you is a very happy holiday. Yes, it's different. Yes, you're going to have to innovate. Yes, you might have to Zoom instead of seeing somebody. Yes, you might have to visit and wave from outside…. but it is a holiday none-the-less."

Raimondo also discussed how the state has now allocated all of the $1.25 billion it received from the federal CARES Act with funds going to business and economic support, municipal personnel responding to COVID, education, and individual support. 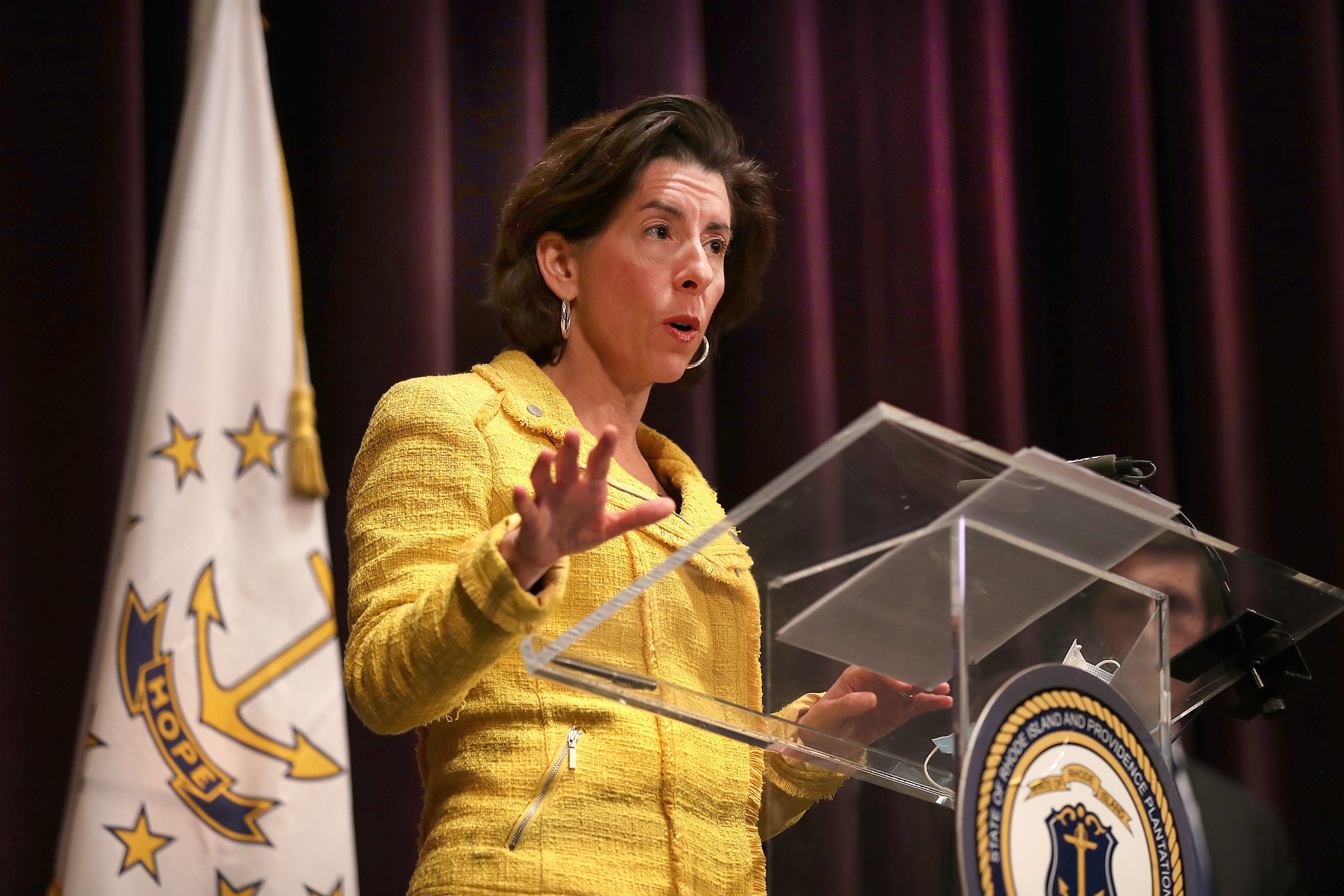