Why Gov. Baker Got So Emotional About the Patriots' Mask Delivery

"These people are putting themselves out there, and it was killing us that we weren't able to solve their problem"

On Thursday evening, Gov. Charlie Baker stood in an airplane hangar at Boston's Logan International Airport and struggled to speak -- that's how much the special delivery of a massive stock of medical equipment on the New England Patriots' private plane meant to him.

It was a moment he'd been worrying never would come, though his administration had been working on it "basically as much as we've been awake for the past few weeks," Baker explained Friday at the Massachusetts State House.

He'd been asked by a reporter how he was holding up after that moment of evident emotion, one of several the governor has displayed in the past weeks as he's tried to procure that crucial equipment for health care and frontline workers in the commonwealth battling through the coronavirus outbreak.

Supplies have been running out in Massachusetts and around the nation, leaving governors competing among and medical workers increasingly worried. They and other essential workers need that equipment so that they don't get sick -- and more importantly, as the governor pointed out he'd heard over and over again, so they don't bring the coronavirus home to their loved ones.

"You hear enough of those stories and you get pretty bent about your inability to help. And so when we finally managed to land the plane yesterday, that was a really big deal," Baker said.

The plane was carrying over 1 million N95 masks purchased by Patriots owner Robert Kraft, part of a complicated negotiation to bring the masks back from China involving three state governors, an ambassador and the Patriots' plane, the AirKraft, the owner said.

It was an end-around necessary only after another effort led by Baker seemed to land millions of protective items, only for him to find out he was outbid by the federal government.

"Until the god– until the thing shows up here in Mass., it doesn't exist," he said at the time, stopping himself from swearing.

On Friday, as Baker talked about the masks and what they mean to health care workers, he became worked up again:

Whether you're talking about the people who are driving the bus or the rapid transit system or filling your grocery orders or standing on the front lines in public safety or in health care, these people are putting themselves out there, and it was killing us that we weren't able to solve their problem. So yeah, I got a little worked up about it. But honestly, if you've had the kind of conversations we've had, you know exactly what I'm talking about and why it's so important that we were able to actually do something for them.

Baker’s daily coronavirus briefings have become must-see TV for many in the state who -- given his 80% approval rating -- apparently appreciate his straightforward handling of the crisis.

Baker’s leadership is particularly welcome when compared to what she feels is an inconsistent, unreliable response from President Donald Trump.

"Part of [Baker's] appeal is he’s not flashy," O'Brien said. "And that lack of flash is kind of nice right now because you trust what he saying."

And Baker’s appeal crosses party lines, as it has for years -- he won two-thirds of the vote in his 2018 reelection.

"He is measured, he’s very thoughtful. I believe he’s absolutely telling the truth as he knows it to be at that moment," said Ellen Keller, a Democrat from Andover who was impressed with Baker’s ability to navigate a difficult bureaucracy to get those million face masks from China even without help at the federal level.

"Governor Baker and our local government said, 'Well you know what, we don’t need you. We’ll do it on our own.' And through their own incredible ingenuity were able to secure this shipment," she said.

Mass. Begins Major Effort to Trace All Coronavirus Cases in the State 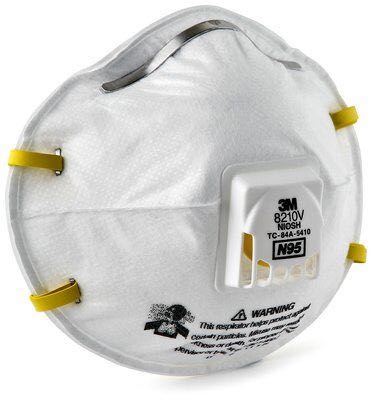