Inside Lasell University's COVID Testing Program, Which Officials Say Has Been Key

But students and staff at Lasell University in Newton, Massachusetts, say that, above all, regular coronavirus testing has been the key to keeping case numbers low.

“You can see it in our results, with now ... 10,000 tests and five positives and only three of those are students,” Lasell University President Michael Alexander said.

Like a lot of Massachusetts colleges and universities, Lasell is doing twice-weekly rapid testing for all students and staff on campus three days a week or more and testing once a week for those on campus less often. All the tests are done through the Broad Institute.

“With the frequency of testing and the quick turnaround, it allows us to capture a positive result and pull that person out of the community until they’re safe to return,” Director of Health Services Richard Arnold said.

Lasell gave NBC10 Boston a first-hand look at its on-campus testing facility, and students explained how it works.

“I make an appointment on this app that we have, and then I go in, I get tested and I’m in and out in less than two minutes,” said Lasell University junior Melaney Jenkins said.

Sophomore marketing and management major Michael Woo said, “I feel much more at ease with the testing.”

Students have to show that they have green badges on their app – showing negative up-to-date testing – before they can attend class or go to certain areas on campus like dining halls.

“This is what happens if you don’t do your daily symptom reporting, or if you don’t show up within a certain period of time for your test,” Arnold said.

Mariah Guzman, a graduate student at the University of Illinois, and Chancellor Robert Jones gave NBC Chicago an inside look at their high-tech efforts to keep students on the Urbana-Champaign campus safe from COVID-19, including twice a week saliva tests and contact tracing via Bluetooth. One week after opening its doors, the school had an outbreak anyway.

Alexander said school officials rely on the entire campus community to keep each other accountable.

“They’re insisting that each other, not just themselves, follow the safety measures and the procedures we’ve put into place,” he said.

Having the infrastructure already in place gives the university the flexibility to ramp up testing if needed, officials said.

That infrastructure has changed the look and feel of campus, too.

“It was an adjustment for us. There’s tents around campus for us to, like, hang out with our friends," said Jenkins, a junior elementary education major.

More on COVID and Universities 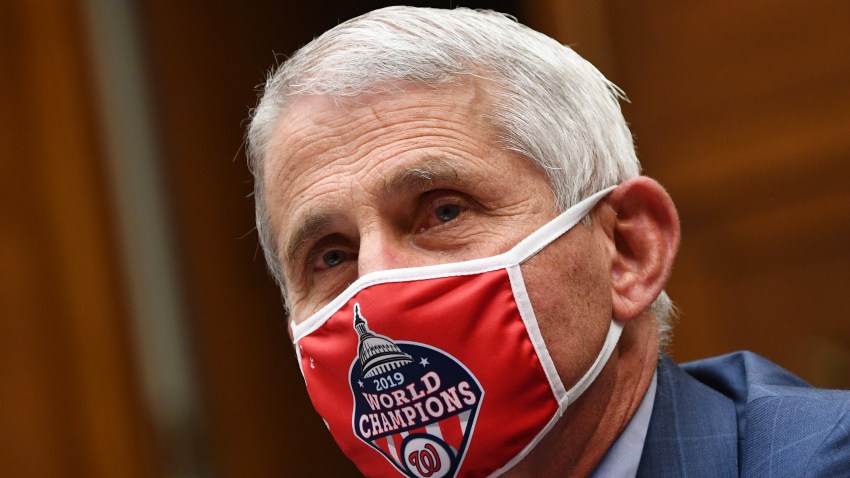 Fauci: Spikes in COVID-19 Infections Can Be Prevented by Doing These 5 Simple Things