Women in jail are the fastest-growing correctional population in America, up to 102,300 in 2016, and opioid abuse has exacerbated the problem

On opposite sides of the county jail, a mother and her son chat about school, girls, birthday gifts — and their future together. They aren't allowed to see each other face-to-face, so the inmate and the fifth-grader connect by video.

"Hi, Mommy," 10-year-old Robby says to Krystle Sweat, clutching a phone in the visiting room as he looks at his mother on a screen, sitting in her cell.

Robby hasn't hugged her since Christmas 2015, just before Sweat wound up back behind bars. He shifts his weight from one leg to another and says that on the day she's released, he wants to show her how he can ride no-hands on his bike. 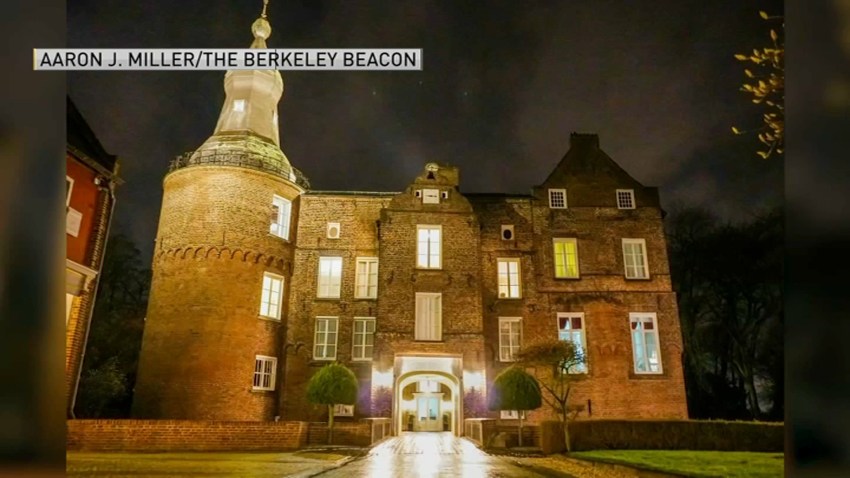 College Students Abroad Among Those Affected by Coronavirus Concerns

For years now, Sweat has cycled in and out of jail, arrested more than two dozen times for robbery and other crimes — almost all related to her drug addiction that culminated in a $300-a-day pain pill habit. She's tried to quit, but nothing has worked. Now she says she's ready to make the break when she's paroled, possibly this summer.

"I'm almost 33," she says. "I don't want to continue living like this. I want to be someone my family can count on."

Tucked in a remote corner of Appalachia, the Campbell County Jail offers an agonizing glimpse into how the tidal wave of opioids and methamphetamines has ravaged America. Here and across the country, addiction is driving skyrocketing rates of incarcerated women, tearing apart families while squeezing communities that lack money, treatment programs and permanent solutions to close the revolving door.

Women in jail are the fastest-growing correctional population in America. The numbers rose from 13,258 in 1980 to 102,300 in 2016, according to the Bureau of Justice Statistics. Between 1980 and 2009, the arrest rate for drug possession or use tripled for women, while it doubled for men. Opioid abuse has exacerbated the problem.

More than a decade ago, there were rarely more than 10 women in the Campbell County Jail. Now the population is routinely around 60. Most are arrested on a drug-related charge. Many also are addicted. They receive no counseling, and eventually are released into the same community where friends — and in some cases, family — are using drugs. Soon they are, too.

And the cycle begins anew: Another arrest, another booking photo, another pink uniform and off to a cell to simmer in regret and despair.

Sarai Keelean is back in for violating probation for possessing meth; she'd been using the drug and also selling it to buy opioids. Locked up for almost three years, she longs for freedom but is terrified, too. "You're afraid that you're going to mess up," she says.

Blanche Ball, who has been using, cooking or selling meth for 15 of her 30 years, has been in jail several times. "I know I could have done something more with my life," she says, but: "Once you're like this for so long, you don't know another way to be."

Her two oldest children are being raised by family, and she doesn't want to see them until she's confident she'll remain in their lives. The two youngest were adopted. "That wound is so bad," she says, "I try to block it out all the time."

In 2015, Campbell County had the third-highest amount of opioids prescribed per person of all U.S. counties, according to the Centers for Disease Control and Prevention. That amounted to more than five times the national average.

Mayor E.L. Morton blames the pharmaceutical industry and doctors, and two lawsuits against opioid makers are pending on behalf of the county and its 40,000 residents. Meth is also a problem.

The county has struggled for decades. Its tobacco farms and once-flourishing coal industry disappeared long ago, wiping out jobs and solid incomes. Some factories remain, but more than 1 in 5 residents are poor. Nowadays, as much as 90 percent of the crime in a five-county district that includes Campbell is connected to drugs, the local prosecutor says.

Tennessee doesn't have enough psychiatrists, social workers, counselors and nurses or residential drug treatment in rural areas — and Campbell County has no such programs, says Mary-Linden Salter, director of the Tennessee Association of Alcohol, Drug & Other Addiction Services. "It's unrealistic for people to travel 700 miles for treatment because that's where there's an open bed," she adds.

Salter also says drug treatment is often costlier and more complicated for women because many have experienced trauma and abuse as children or adults and may be slower to seek help because they fear losing their children.

There are roads to recovery here. A drug court, which provides supervision for up to two years, has a 70 percent graduation rate. And a new program just for women, begun last year, takes offenders jailed on misdemeanor drug charges before sentencing and moves them into short- or long-term residential treatment. In both cases, treatment takes them to other counties or out of state.

Krystle Sweat says that when she's paroled, she wants to enter a faith-based recovery program. Her parents, who have raised Robby since he was about 3, have promised to help.

As Robby's visit ends this day, he and his mother blow each other kisses.

"I'm so thankful that he still loves me," she says, returning to her bunk where she keeps a photo of her son. "He's disappointed in me. .... He doesn't say that he is, but I know he is."