Massachusetts officials offered their condolences this weekend after learning that Lawrence resident Johanny Rosario was among the 13 U.S. service members killed in a suicide bombing at Kabul airport

Massachusetts officials offered their condolences Saturday after learning that Lawrence resident Johanny Rosario was among the 13 U.S. service members killed in a suicide bombing at Kabul airport.

Lawrence Mayor Kendrys Vasquez confirmed Rosario's death in a statement Saturday, saying "We are heartbroken by the death of the service men and women due to the bombing in Kabul this week. I, and the City of Lawrence, are particularly saddened that one of those brave souls was a daughter of our City."

He said he has been in touch with Rosario's family and they have asked for privacy "and that their loved one be recognized as the hero that she was."

Mayor Kendrys Vasquez spoke Saturday afternoon about the death of Johanny Rosario, a Lawrence native and Marine who was killed in the bombings at Kabul's airport.

Gov. Charlie Baker posted a statement on Facebook, saying "Awful news about who died in the suicide bombing in Afghanistan. Lawrence MA high school grad Sgt Johanny Rosario is one of the 11 marines who were killed."

"A hero indeed," Baker added. "I told Mayor Vasquez we will help in any way we can. God Bless those lost - especially one of our own - Sgt Rosario - a Massachusetts hero gone too soon."

Johanny Rosario, of Lawrence, was killed in the suicide bombing in Kabul.

Attorney General Maura Healey offered her thoughts as well, saying "USMC Sgt. Johanny Rosario, a daughter of Lawrence, was killed in the suicide bombing in Kabul. Sending my love and prayers to her family and community. We are forever grateful for her service and sacrifice for our country."

"Sgt. Johanny Rosario is a hero," Sen. Elizabeth Warren said. "A daughter of Lawrence, her courage saved thousands of lives and her selfless service represents the best of our country. My heart aches for her loved ones. We will not forget her sacrifice and we will fulfill our sacred obligation to them forever.

One of the service members killed in the Kabul airport attack was a Lawrence, Massachusetts native.

“I am deeply saddened by the news that Johanny Rosariopichardo of Lawrence was killed in action in Afghanistan," Sen. Ed Markey added. "My condolences go out to her family, friends, and loved ones. The people of Massachusetts and the entire nation always will remember her brave service to our country. There is no measure of thanks for Sgt. Rosariopichardo’s ultimate sacrifice, so we must honor her heroism in service to the United States and all of those we lost in this attack. Our flags fly lower, our hearts hang heavy, and our gratitude runs eternal for Sgt. Rosariopichardo.”

"Marine Sergeant Johanny Rosario represented the very best our country has to offer," Rep. Lori Trahan said. "She made the ultimate sacrifice for our country protecting vulnerable Americans and Afghans trying to get to safety -- a selfless and honorable mission. The terrorists responsible for this despicable act will be brought to justice. My heart breaks for Sergeant Rosario's family, friends, and the entire Lawrence community. Her sacrifice will never be forgotten."

On Sunday, Congresswoman Ayanna Pressley said, "Johanny was deeply loved by so many. In her final days she saved thousands of lives. May she Rest In Peace and Power."

Cardinal Sean O’Malley of the Archdiocese of Boston also said Sunday he was mourning Rosario's death.

"God blessed us with the life of Marine Sgt Johanny Rosario Pichardo. She dedicated her life to the greater good including serving the people of Lawrence through our Cor Unum meal center," O'Malley said. "She proudly served our country paying the ultimate sacrifice. We mourn her death and the deaths of her fellow service members killed in Afghanistan. She will remain in our prayers always as well as will her family. We pray for peace in Afghanistan and throughout the world. We ask God to bless our military everywhere to keep them safe."

Lawrence native Johanny Rosario was among those killed in suicide bombings in Kabul.

The suicide bombing at the airport where people were being evacuated amid the Taliban takeover of Afghanistan killed 169 Afghans and 13 U.S. service members, including 11 Marines, a Navy corpsman and a U.S. Army soldier.

The Pentagon released the names of the 13 American service members who were killed on Saturday.

They include 11 Marines, one Navy sailor who was assigned to a Marine Corps unit, and an Army Special Forces soldier. They died in an attack claimed by the Islamic State group’s Afghanistan affiliate, which also killed at least 170 Afghans.

The Pentagon said Saturday their remains were being flown to the United States. Biden was on hand Sunday at Dover Air Base in Delaware when they arrived on a transport plane.

President Joe Biden and first lady Jill Biden met with families of the 13 troops killed in Kabul for their dignified transfer at Dover Air Force Base. 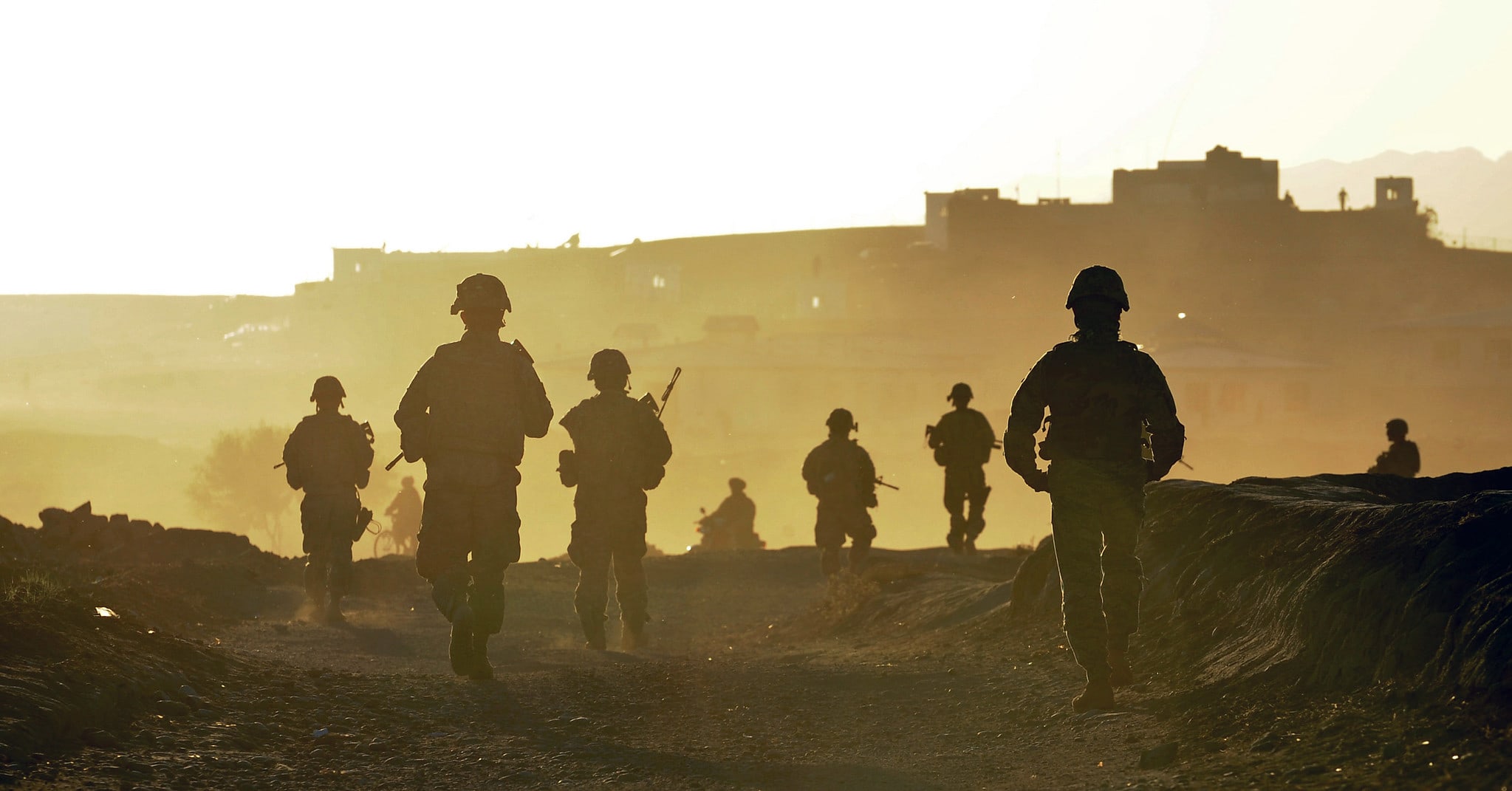 Biden Pays Respects to US Troops Killed in Afghanistan