A group of Vermont college students who were at the airport in Fort Lauderdale, Florida, when a shooting rampage erupted Friday are expressing gratitude for their safety.

Members of the University of Vermont women's swimming and diving team were in a different part of the airport during the attack that left five people dead.

"It was amazing all 44 of us managed to stay together the entire time," said Kelly Lennon, a UVM junior, who is safe in Burlington and was swimming at the campus pool Monday. 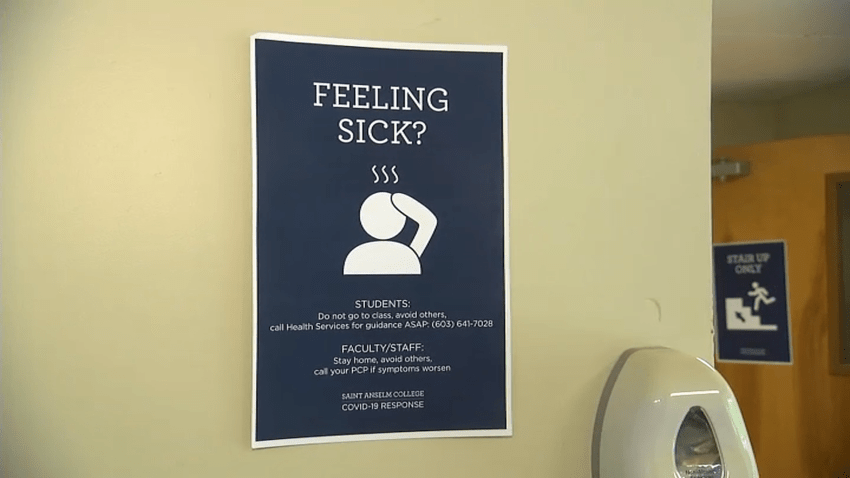 back to school 7 mins ago

Friday, Lennon, her teammates, coaches, a trainer, and some relatives were leaving a training trip in Florida when shooting erupted inside a different part of the airport.

Five people were killed and more were seriously wounded.

"There was some pushing and shoving and lots of crawling on top of people," Lennon recalled. "It was definitely chaotic. It went from very calm to very crazy really quickly."

The man accused in the attack, 26-year-old Esteban Santiago, made his first court appearance Monday.

The Iraq war veteran was told he could face the death penalty. He was charged with performing an act of violence against a person at an airport serving international civil aviation and two other counts, NBC News reported.

Santiago opened his attack after flying from Anchorage overnight, with a connection in Minneapolis, checking his gun and ammunition in a gun box, authorities said.

A news helicopter captured video of the UVM swimmers running on the airport's tarmac, in fear of a second attack. That turned out to be a false alarm.

"This is definitely the hardest and most trying thing we've gone through as a team," said Ali McClure, one of the team's captains.

About half the team returned to Burlington Sunday, said head coach Gerry Cournoyer.

Other students, including one who broke a foot in the chaotic evacuation, opted to stay with family a bit longer, the coach noted.

Normal practices are resuming this week and UVM's Spring semester starts next week, the team said.

Cournoyer had nothing but praise for his team for the way they supported each other and even helped total strangers during that melee.

He said the lives lost in Florida provided somber perspective for the Catamounts, who considered themselves lucky to have only suffered a few minor injuries and lost some belongings.

"When you look at things in the big perspective, lost luggage, lost cell phones, those are things that can be replaced," Cournoyer said.

Lennon said she and her teammates are keeping the victims of Friday's shooting rampage in their thoughts and prayers.

A meet in Maryland this past Saturday that was canceled will not be rescheduled, Cournoyer said. A meet this Saturday at Northeastern University in Boston is still a go, he added.