The Boston Bruins have home-ice advantage through a potential trip to the Stanley Cup Final, and they have the Columbus Blue Jackets to thank for it.

They'll get a chance to show their gratitude in the TD Garden on Thursday night.

The Bruins host Columbus in Game 1 of the second round -- the first postseason matchup between the Original Six franchise and the 2000 expansion team that has advanced in the playoffs for the first time in its history.

The Blue Jackets got there by ousting the Tampa Bay Lightning in four games, the first time a Presidents Trophy winner has been swept in the first round. 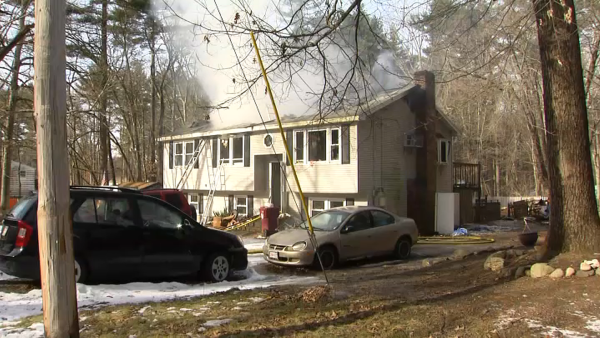 "I thought Tampa was lights out and solid," Boston coach Bruce Cassidy said after the Bruins beat Toronto 5-1 in Game 7 of the first-round series. "So, clearly, we've got our hands full."

With the Lightning and the Calgary Flames both going out in the first round, the Bruins have the best remaining record in the playoffs. They will open at home for Games 1 and 2 on Thursday and Saturday; more importantly, they will host a potential seventh game if the series lasts that long.

The home-ice advantage served them well in Game 7 against Toronto on Tuesday night.

The Columbus fans also are getting the hang of this playoff thing. With a long gap since clinching their first-round win on April 16, they hosted a full scrimmage Monday and opened it to the public.

Blue Jackets coach John Tortorella said the team used the scrimmage to try to stay sharp. But it's hard to focus on an opponent without knowing who it is, and they didn't find out for a week.

"We tried to do it the right way," he said. "I think once they know there's a team and there's a date, I think that helps the player. Now they know it. I don't know what to expect. I think we're prepared."

Here are some other things to look for from the best-of-seven series:

Despite having just one day to rest for the next series, the Bruins reported that everyone is healthy except Kevan Miller.

The defenseman "won't start the series," general manager Don Sweeney said Wednesday, because of a right knee injury that has kept him out since April 4. Miller played in 39 games this season while struggling with injuries, totaling seven assists.

"He's obviously had a setback from that injury, and we're probably week-to-week there in terms of evaluating," Sweeney said. "We missed Kevan. He's a big part of our hockey club. Other guys have stepped up."

Columbus has had some injury problems on defense, with Markus Nutivaara missing two games after the hit to the head that led to a one-game suspension against Tampa's Nikita Kucherov. Ex-Bruin Adam McQuaid, who was acquired at the trade deadline, has been out since April 28, and Ryan Murray hasn't played since mid-February.

The Blue Jackets are facing the prospect of losing two of their best players after the season.

That caused some discord in the dressing room. Bobrovsky's performance was uneven for much of the season and at times frustrated Tortorella. But when he got hot down the stretch so did the Blue Jackets, winning seven of their last eight games and sliding into the playoffs as the second wildcard in the Eastern Conference. Bobrovsky was also the star in Columbus' playoff elimination of Tampa Bay.

Center Matt Duchene, wing Ryan Dzingel and defenseman Adam McQuaid -- all unrestricted free agents after the season -- were added at the trade deadline, and General Manager Jarmo Kekalainen held on to Panarin and Bobrovsky to make an "all-in" effort at a deep playoff run.

Nineteen-year-old Columbus forward Alexandre Texier has been in the NHL for less than a month and he is already having an impact.

Texier, who is from Grenoble, France, had two goals in the Blue Jackets clincher against the Lightning and is expected to get significant minutes against Boston.

A second-round draft pick in 2017, Texier led the Finnish team KalPa in assists, points and shots and then had seven points in seven games for Columbus' top farm team before making his NHL debut with two games left in the regular season.