The vehicle was on fire inside Mike's Pizza before firefighters doused the flames, authorities said

A Massachusetts woman has been charged with operating under the influence after she police say crashed her car through the facade of a pizza shop in Rockland late Sunday.

The car ended up completely inside Mike's Pizza at 315 Union St. after the crash, which happened around 11:50 p.m. The vehicle was on fire before firefighters doused the flames, authorities said.

The driver, identified as 40-year-old Rockland resident Lauren Hutcheon, was out of the vehicle by the time officers arrived. She received aid before being taken to a local hospital, police said.

Neighbors Jason Webb and his fiancee said they heard the crash and came running to help.

"I'm looking out my window and saw flames before I even got her out of the car," Webb said. "It was instant flames."

Before crews even arrived, the restaurant's sprinkler system went off and helped keep the flames from spreading.

"She actually opened the driver side door herself, threw herself on the ground and screamed, 'help me, help me,' as we were running up there," Webb said. 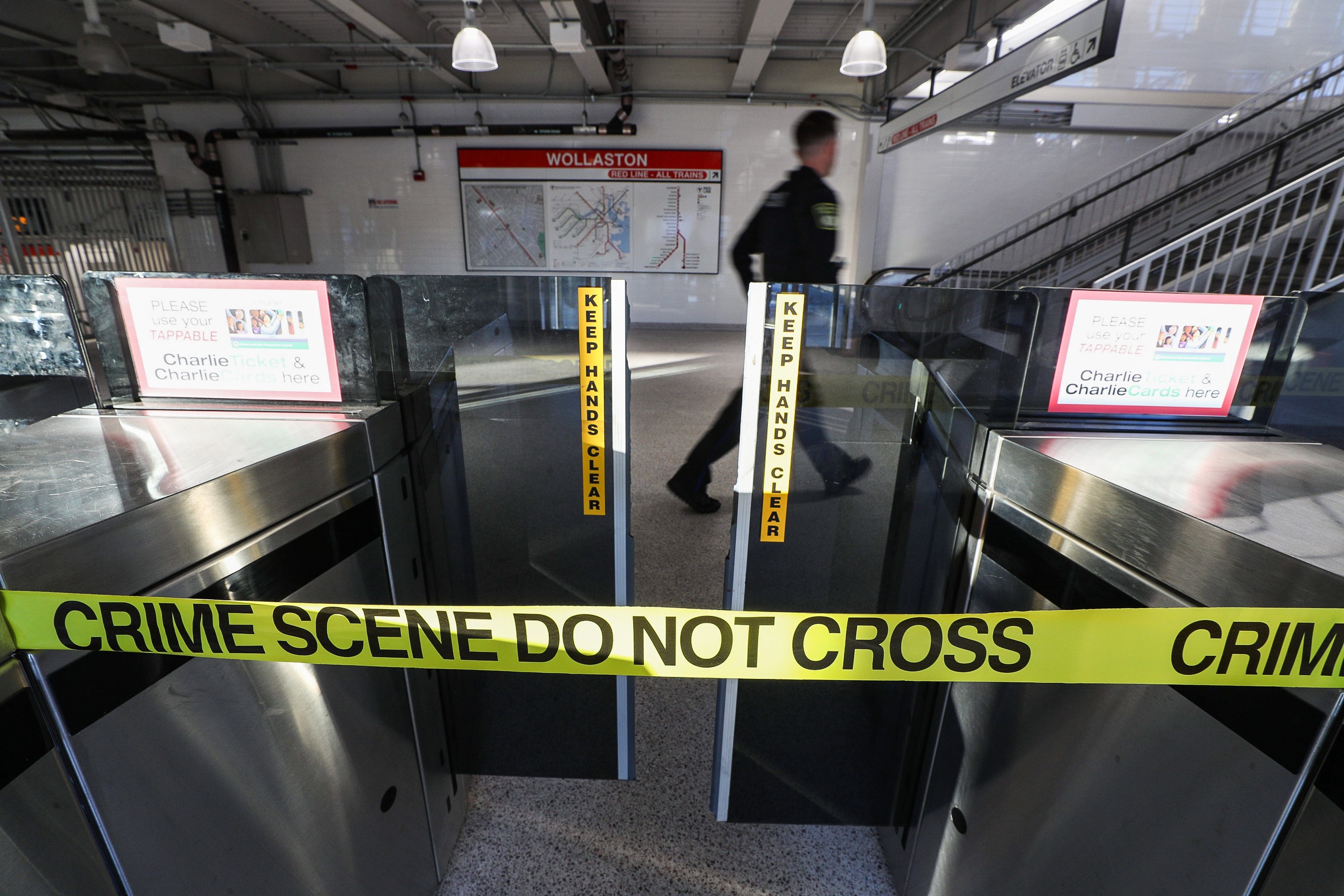 Hutcheon was charged with speeding, failure to stop, negligent operation and driving under the influence, among other charges.

Firefighters arrived at the pizza shop shortly after midnight and successfully extinguished the flames, searched the building and temporarily evacuated the apartments above the shop, according to the Rockland Fire Department.

Ron Lopes, the owner of the pizza shop, had to close Monday due to the damage. He said he's just glad nobody was inside the restaurant when the crash happened.

"Glad nobody was hurt," Lopes said. "It's mostly just a mess."

Lopes said he hopes to have the doors back open before Halloween.

Hutcheon is expected to appear in court sometime in the next few weeks.

"Luckily she wasn't hurt more seriously. Three feet to the right she would have hit a steel beam," Lopes said.