Twix, a 4-year-old pit bull mix, was found vomiting and dehydrated along Route 28 near Blue Hills Reservation in Milton.

An abandoned dog is recovering after someone left it along Route 28 near Blue Hills Reservation in Milton, Massachusetts, over the weekend.

The 4-year-old pit bull mix, named Twix by veterinarians, was found vomiting and dehydrated on Saturday morning. A passerby spotted the dog and rushed it to an animal hospital.

Veterinarians found a corn cob in the dog’s intestine.

“Since the blockage was life-threatening, there really wasn’t a choice. She had to go under anesthesia,” said Nancy Bersani, Milton’s animal control officer. “Once under, they found a blockage, but she started to crash.” 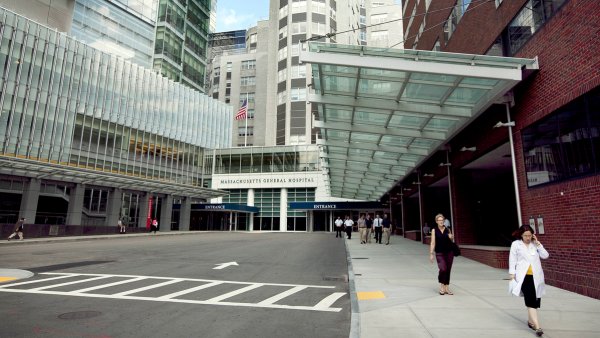 The dog was released from the hospital on Wednesday. The emergency care cost the Milton Animal League $5,000.

“It always makes me angry when somebody would do that, you know,” said Lisa Murphy, who dropped off a donation at the animal shelter. “They could have still taken it somewhere, taken it to the Animal Rescue League or something like that if they knew it was sick.”

The dog will be ready for adoption in a couple weeks. Anyone who wants to make a donation for Twix's medical care can do so through the Milton Animal League's website.