All five people were shot and were dead when authorities arrived

"It's a crime. A crime occurred in that building and three little children are gone forever as a result," Cruz said.

Authorities said police received a call for a medical emergency around 7:30 a.m. When they arrived to the condo on Centre Avenue, they found the body of 40-year-old Deirdre Zaccardi. After further investigation, they found four other bodies — 9-year-old twins Nathaniel and Kathryn Zaccardi, 11-year-old Alexis Zaccardi and 43-year-old Joseph Zaccardi.

Cruz said there is no threat to the public.

"I think that when something unimaginable like this happens, there's always going to be more questions than answers," Cruz said.

Aerial images from NBC10 Boston's Sky Ranger helicopter showed police tape around the front of the building. Police officers could also be seen going in and out of the condo.

"This is just a horrible, horrible event," Cruz said.

"It's horrific circumstances," Abington Police Chief David Majenski added. "It's a tragedy all the way around."

Cruz said investigators are not aware of any ongoing domestic violence issues at this point but they will continue to look into that.

"There's nothing glaring out there that would lead you to believe something like this would happen," he said.

"We heard some loud banging, like four noises," said neighbor Heather McNulty, who was watching TV with her husband at the time. "We jumped up and came downstairs and we ended up opening the door." 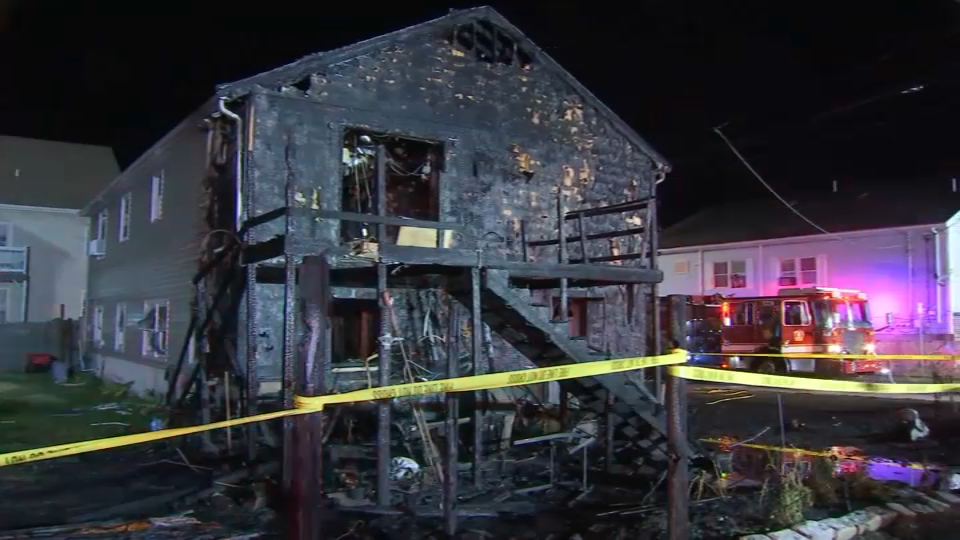 She looked outside, saw the door to the dumpster swinging, and thought nothing of it until she woke up hours later and learned of the investigation.

McNulty says living at her home will be eerie knowing what happened next-door.

"Whatever we heard last night was obviously something way more," she said.

The person who found the bodies was a family member who had arrived at the home to bring the children to school. That person called 911.

"Just super fun-loving. Just a normal family," Welling said. "It just proves that anything can happen at anytime. We're just all so devastated. There's no reason. There are no words."

Abington School Superintendent Peter Schafer sent an email to parents on Monday morning about the deaths. He said students at the middle and high school levels were informed by teachers, while younger children were not told about the tragedy.

Counselors will be available during and after school to provide students with support.

"Their presence touched so many lives and there are no words to express the sadness we feel," Schafer said in the email.

The family issued a statement regarding the deaths:

"Today our family has suffered an unfathomable loss. As we attempt to make sense of the enormity of this event, we respectfully ask that the media respect our family's wishes to be left alone as we grieve our tremendous losses in private," read the family statement.

The Office of the Chief Medical Examiner will determine the exact cause and manner of the deaths.