Two men restoring windows on a Manchester apartment building forced to take cover as fireworks start exploding all around them.

The two men were 30 feet in the air on a lift restoring windows at the Twin Towers apartment building, and they say it was 30 seconds of pure chaos.

"It was crazy," said Mike Capone. "Just rounds start going off like right over our head." 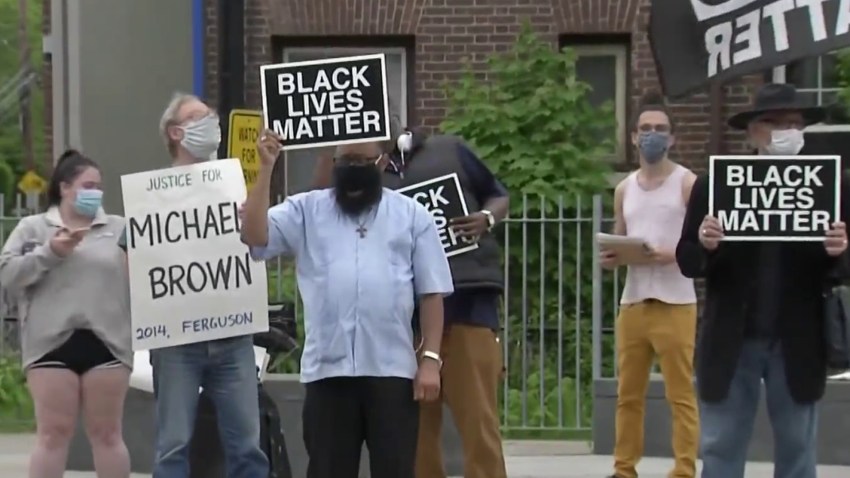 It was a shocking twist to a quiet work day Thursday morning.

He initially thought it was gunfire, but then he felt the hot embers of fireworks landing on his back.

"We turned around and we could see him pointing right at us just letting rounds off," Capone explained.

He and his coworker ducked for cover behind the lift controls to avoid getting hit.

"It would probably break a rib, poke out an eye, a good temple shot might take you down, take you out," Capone said.

Police say 28-year-old Thomas Stokes opened the window to his Lincoln Street apartment and for no apparent reason, made these two men his target.

"We believe he used a larger, five-ounce rocket, more of an explosive type devise," explained Lt. Brian O'Keefe of the Manchester Police Department.

That's the one that broke a third story window.

"There was a little kid in there, it could have been bad," Capone said.

In court Friday, Stokes claimed he's struggling with a brain injury he suffered years ago. His wife, who didn't want to be on camera, told us Stokes is on several different medications that impair his judgment.

No one was seriously hurt.

"It could've been bad, really bad," Capone said. "Glad no one was hurt."

Stokes is charged with reckless conduct and lying to police.

He's being held on $5,000 bail. The judge told him the Department of Corrections will deal with his medical issues.