"You form a bond with individuals and collectively as a group," Bill Belichick said

The star quarterback, who allegedly had a frayed relationship with the head coach, didn’t show up to organized team activities (OTAs) for the first time ever. Neither did the star tight end, who flirted with retirement and was the subject of trade rumors. There was a mass exodus of talented players, particularly on the offensive side of the ball, several of whom still haven’t been adequately replaced.

“No Days Off” lost all of its meaning when Bill Belichick, in fact, canceled the final two OTAs of the off-season…right around the time a star wide receiver was suspended for the first four games of the regular season.

All of it was supposed to signal the bottom falling out, once and for all, on New England’s 21st-century dynasty.

The Patriots, by their standards, still had a lackluster regular season…even in going 11-5, winning their 10th straight AFC East title and securing a first-round bye in the postseason for a ninth year in a row (cut to 31 other franchises flummoxed at what’s so lackluster about that).

Said star quarterback, 41-year-old Tom Brady, regressed just a bit from his MVP season in 2017, while said start tight end, Rob Gronkowski, looked like a shell of himself. Julian Edelman returned from his PED suspension without a hitch, but aside from Josh Gordon’s cameo, New England’s production at wide receiver went zip, zilch and nada. 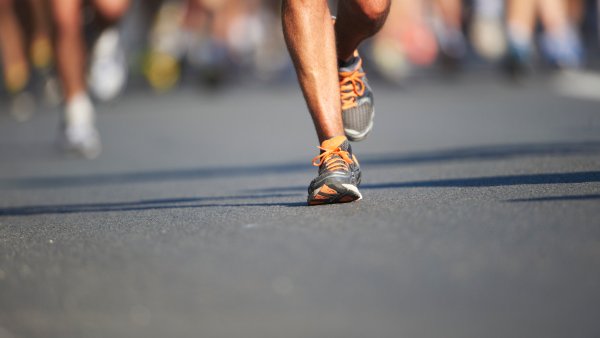 Barely any of it matters now that the team is one win away from capturing its sixth Lombardi Trophy of the millennium.

“I think when you go through a whole year with other people trying to experience the same thing, which we are, we’re all trying to win games and contribute and help the team,” Belichick said on Thursday. “You form a bond with individuals and collectively as a group. We achieved a very successful moment the other night. I think everybody felt it.”

Tensions, if they were ever as bad as they were made out to be, have ceased in Foxboro. Really, they ceased months ago, during a regular season in which anything negative pertaining to the Patriots was a direct result of troubles on the field itself.

New England went 8-0 at home, but just 3-5 on the road – only the third time under Belichick’s stewardship that happened, joining his first team in 2000 and the ignominious 2009 group. All of five of its losses were to teams that missed the playoffs and finished a combined 36-43-1.

“Each week’s different and you have a clean slate each week and you’ve just got to focus on that week,” Kyle Van Noy said of the ups and downs. “I think our team’s done a really good job of putting the last week behind us and moving onto and focusing on that week that’s ahead. You learn from those mistakes whether they’re good or bad and you try to fix those and keep trying to get better and better, and this team’s done a really good job of it.”

The Patriots reeled off six straight wins after an ugly 1-2 start featured the team’s first back-to-back losses of double digits since 2002, only to suffer a humiliating defeat and the hand of Mike Vrabel’s Tennessee Titans prior to the bye week.

Back-to-back wins over the hapless New York Jets and fraudulent Minnesota Vikings followed, but the road woes persisted after a walk-off loss to the Miami Dolphins and a setback to the Pittsburgh Steelers in which the offense mustered just 10 points.

New England closed out the regular season with blowout wins over the Buffalo Bills and Jets, but who cared? That was still a formality.

Maybe for the first time in the Brady-Belichick era, the first true signature win for the Patriots came in the postseason: a 41-28 undressing of the Los Angeles Chargers that wasn’t even that close.

“Everyone thinks we suck and can’t win games,” Brady famously said in his postgame interview.

The infighting long since subsided, New England’s first road playoff win in 12 years in last weekend’s AFC Championship Game is the clearest sign yet that, for no less than the zillionth time, rumors of the Patriots demise have been greatly, greatly exaggerated.

“The story of every season is a little bit different,” said Matthew Slater, the third-longest tenured member of the Patriots after Brady and Stephen Gostkowkski. “The makeup of every team is a little bit different. You hear me talk about it quite frequently – I think the brotherhood in that locker room is always a common thread to those stories. The relationships that we share, the belief that we have in one another, the time that we’ve invested in one another, I think that’s a big part of what happens on gameday in those tough moments."

“So, this year, yeah, we faced a little adversity, the story was a little bit different, we weren’t expected to do some of the things that we’ve done thus far, but our belief never changed. We never doubted one another and here we are,” Slater added.

The collective health of New England’s roster hasn’t hurt the cause either, given that not a single player appeared on its first injury report of Super Bowl week.

Declaring the Patriots dead is a perilous exercise, a proclamation that should never be made in a given season until the team actually loses a playoff game.

Even then, one loss has never defined the franchise. If last year’s Super Bowl loss taught us anything, it’s that the relevance of the Patriots will never subside so long as Brady mans the field and Belichick mans the sideline in New England.