Strong Showers Expected This Week in Some Areas

Humidity is making a comeback to New England Tuesday.

Fog and low altitude clouds heralded its arrival for some of Southern New England early in the day and will return in pockets overnight. Meanwhile, occasional showers and downpours skirt over Cape Cod and far Southeastern Massachusetts from time to time. This will continue as a brief period of rain for a time Tuesday afternoon as a coastal storm brushes by to the southeast.

Elsewhere, clouds will gradually increase as humidity climbs while scattered showers and thunder from Upstate New York will wander into Western New England by the evening before dying.

Pockets of fog and clouds will develop in the humid air overnight Tuesday night, making for a muggy and, in spots, murky start Wednesday. A few upper level disturbances rippling through the winds aloft will trigger scattered showers and thunder Wednesday. The greatest focus is likely later in the day with the strongest showers and storms expected north of I-84 and the Massachusetts Turnpike. 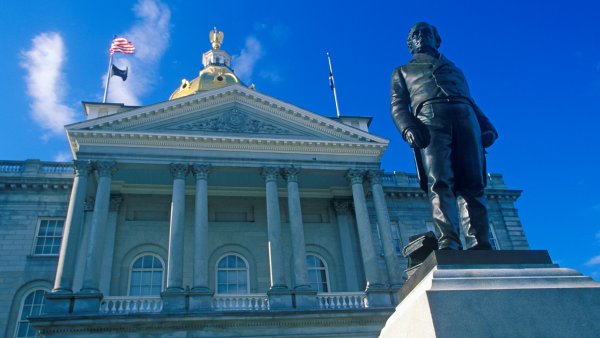 These 20 Mass. Companies Shot Up in Value During COVID Pandemic

Downpours and locally damaging wind are a possibility in a few stronger storms, which is why you’ll notice a First Alert stamp on our exclusive 10-day forecast.

Thursday is another day with a First Alert, owing to the probability of more scattered showers and thunderstorms that may, at least for some locales, pack a punch before drier and more comfortable air arrives for the weekend.

Most of the weekend looks bright, with the exception possibly being scattered showers or thunder in the far North Country Saturday afternoon. Warmth and humidity looks to rebuild again by the middle of next week.