When Will Kids' COVID Vaccines Arrive in Mass.?

About 515,000 children between the ages of 5 and 11 in Massachusetts could become eligible for COVID-19 shots by early November

The fine details are still being worked out, but the Baker administration expects there will be about 700 locations across the state where kids as young as 5 will be able to get vaccinated against COVID-19 if federal agencies approve the expansion of vaccine eligibility as expected in the coming weeks.

About 515,000 children between the ages of 5 and 11 in Massachusetts could become eligible for COVID-19 shots by early November and 360,000 doses of the pediatric vaccine are expected to arrive in the Bay State between Oct. 28 and no later than Nov. 5, Health and Human Services Secretary Marylou Sudders said Thursday during a legislative oversight hearing.

The state has been planning since the spring to make the vaccine and information about it available through parents' most trusted sources of information, like schools and pediatricians.

Your questions about COVID vaccine booster shots, answered. We hear from Stanford Children's Health pediatrician Dr. Alok Patel about the latest federal guidance on boosters, and when to expect vaccine approval for kids under 12. Plus, Dr. Patel tells you what you need to know about the vaccines and COVID precautions for your holiday plans.

"Our partnerships with the schools and our relationship with critical partners are more important now than ever," Acting Public Health Commissioner Margret Cooke said. "We will be relying on these many, many partnerships that we've already established -- both schools, pharmacies, community health centers, and, most importantly, pediatricians and parents -- to get children the vaccines that they need and to make sure that everyone in Massachusetts is vaccinated because that is our strongest way out of this pandemic."

Sudders said 289 health care providers with hundreds of locations in Massachusetts have so far indicated to the state that they plan to vaccinate kids. Those efforts will be supplemented by pharmacies, mobile vaccination programs and school-based clinics.

Health care providers will get half of the state's initial allotment of pediatric doses and pharmacies that are part of the federal program will get the other half. Going forward, providers will order additional doses directly from the federal government and report their deliveries to the state, Sudders said.

Though she said she would like to see 90% of the initial doses put to use within 30 days, the secretary also said the state's primary goal is ensuring there is equal access to the vaccine for kids.

Asked Thursday morning how parents could sign their children up to get the vaccine when it becomes available, Sudders told Sen. Becca Rausch that families should "stay tuned until, like, next week" and that more information will become available on the Mass.gov website.

"There will be a mix of, as there has been, appointment basis and walk-ins, and which primary care practices have signed up, and how local boards of health who've signed up how they want to manage it," the secretary said. "Now that we know who, it's how."

The U.S. Food and Drug Administration's independent advisory committee meets Oct. 26 to consider approval of the Pfizer vaccine for kids as young as 5 and the U.S. Centers for Disease Control's advisory group does the same on Nov. 2 and 3. The White House outlined steps Wednesday -- including enrolling tens of thousands of pediatricians and pharmacies to give the shots and organizing hundreds of school-based clinics -- that it said "mean that we will be ready to begin getting shots in arms in the days following a final CDC recommendation."

Sudders said Thursday that about 73% or 74% of kids 12 or older in Massachusetts have been vaccinated.

Parts of three school years have been disrupted by the pandemic, leading to months of remote learning, masking requirements for kids and school-based testing programs run in some cases by the National Guard. Like it did for much of the rest of society, vaccine eligibility for (and take-up among) most school-aged kids could mean the end of most COVID-19 mitigation measures and the detrimental developmental effects that many parents worry they contribute to.

The state's school mask mandate for students age 5 and up and school staff is in place through at least Nov. 1 but has already been extended once. Education Commissioner Jeff Riley said Tuesday that the decision to either let the requirement expire or extend it further will come "by early next week."

As he did when he briefed the Board of Elementary and Secondary Education earlier this week, Riley told lawmakers Thursday that Massachusetts has been a leader when it comes to "test-and-stay" protocols that the federal government could suggest for schools around the country.

"I think it's fair to say we're probably six months ahead of other states just because of the amount of time it takes to set up this program and get it running. And that's enabling us to be ahead and to keep our kids, to the greatest extent possible, in school, which is really the ultimate goal," he said Thursday.

Under a test-and-stay system, asymptomatic students and staff who have had close contact with someone confirmed to be infected with the coronavirus can take rapid tests daily to monitor for their own COVID-19 infection rather than quarantine. Riley said Thursday that the approach has "saved almost 50,000 school days for children that otherwise would have been sent home to quarantine."

And that program could be billed for expansion soon, Riley said.

"We've already started the process at a small number of schools for our out-of-schooltime programs to some of the afterschool programs that are affiliated with the Department of Early Ed and Care to make sure that those kids can also be part of the test-and-stay program when they're in those programs," he said, calling the system "probably the most important testing program we have on the docket today."

After vaccine eligibility is extended to people as young as 5 years old, there will still be an estimated 365,000 Massachusetts residents younger than 5 who can become infected and get sick from the coronavirus but who cannot be vaccinated.

Last month, the CEO of Pfizer said his company expects to release data from clinical trials studying use of the Pfizer vaccine in 2-, 3- and 4-year-olds before the end of this year, according to The Atlantic. Pfizer has also been studying the use of its vaccine in kids as young as six months, but CEO Albert Bourla did not provide a timeline for results from those trials. 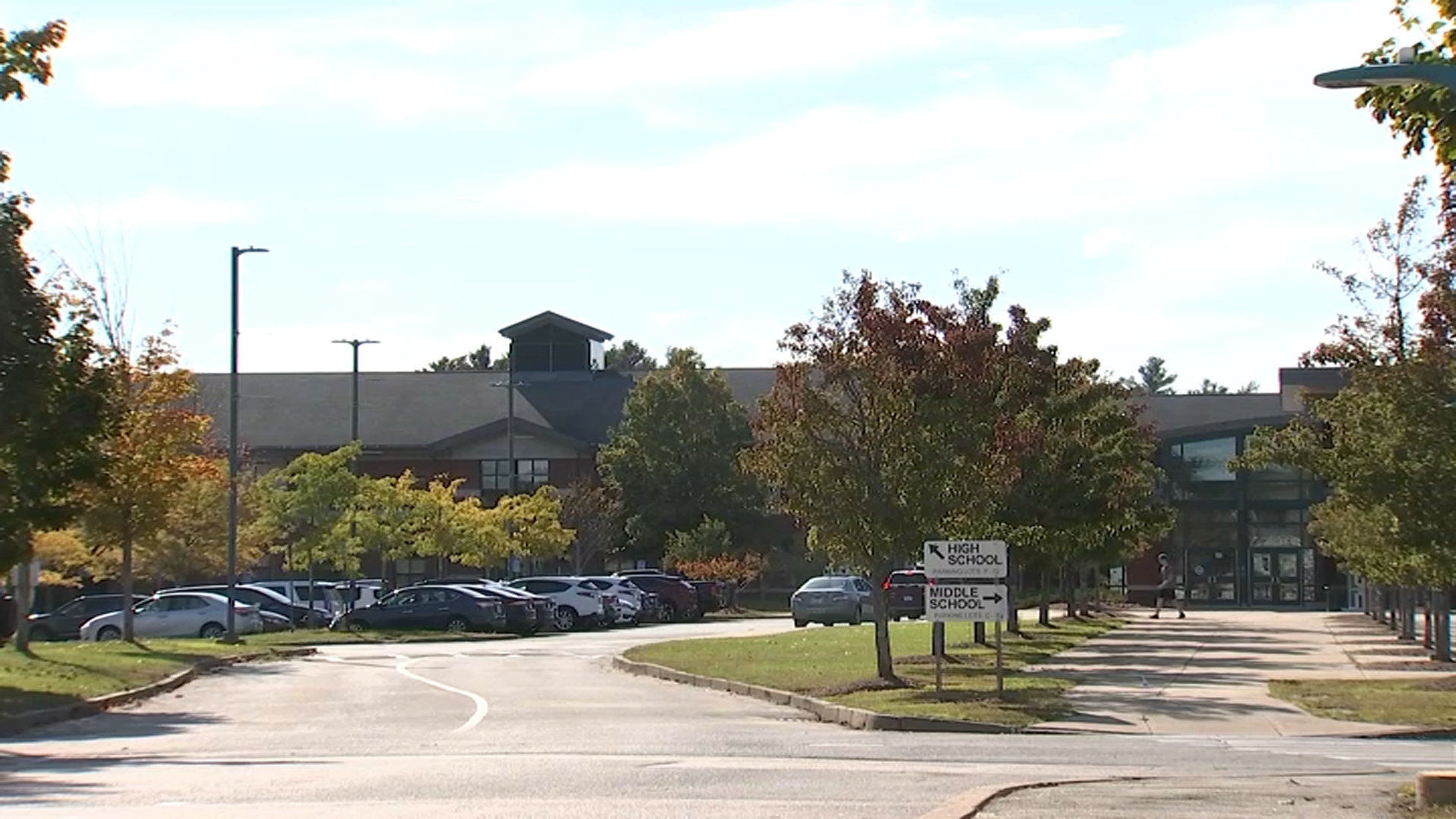 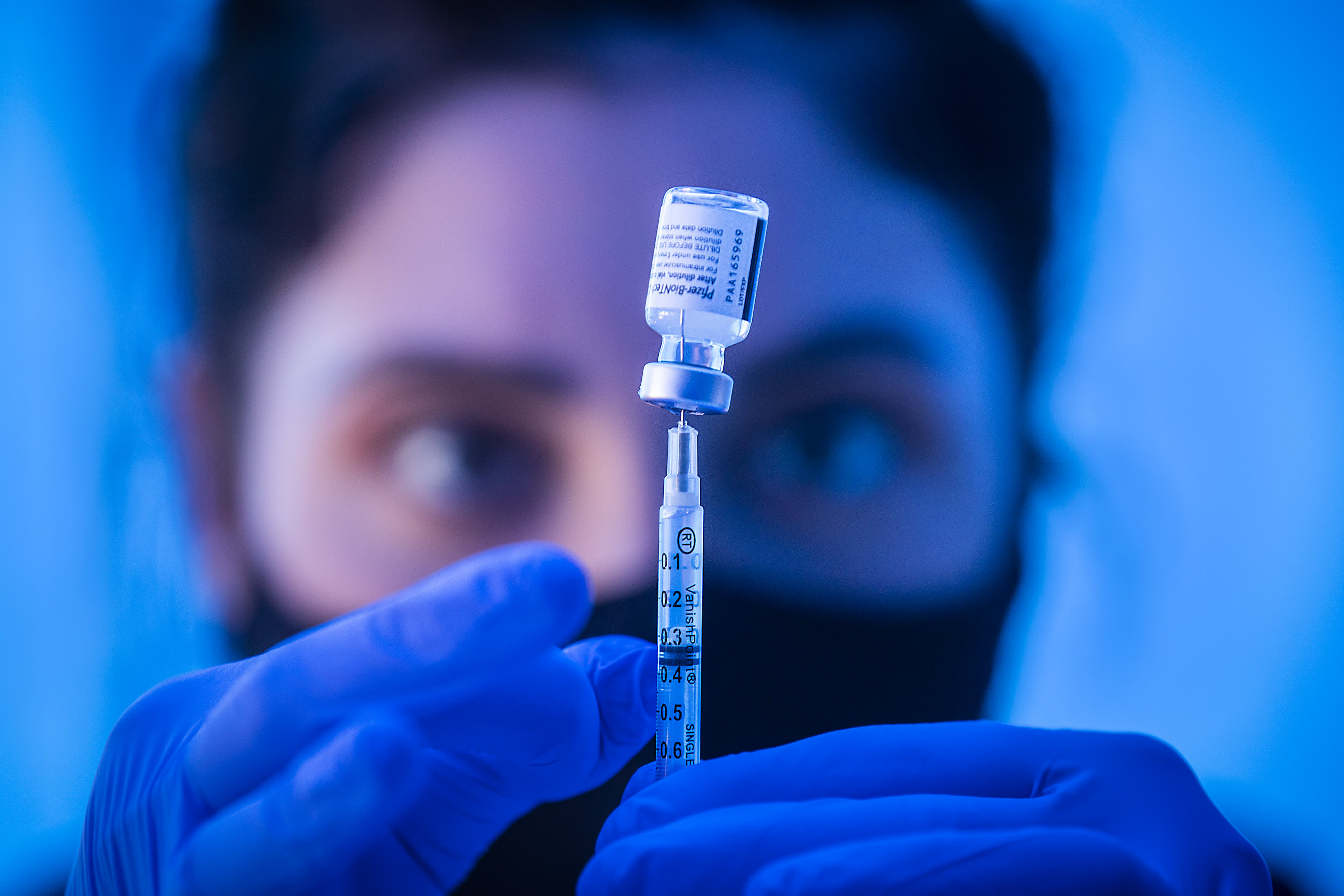