Two protesters were charged Monday with violating Hong Kong's new ban on wearing masks at rallies, a move likely to add to a backlash that has thrown the semi-autonomous Chinese territory into deeper crisis.

An 18-year-old student and a 38-year-old woman were the first to be prosecuted under the ban, which came into force Saturday under sweeping emergency powers aimed at quashing violence in the protests for more democratic freedoms.

Detained early Saturday shortly after the ban took effect, the two were also charged with taking part in an unlawful assembly, which carries a heavier penalty of up to five years in jail. A conviction under the mask ban is punishable by up to a year in prison and a fine. They were both released on bail pending trial. 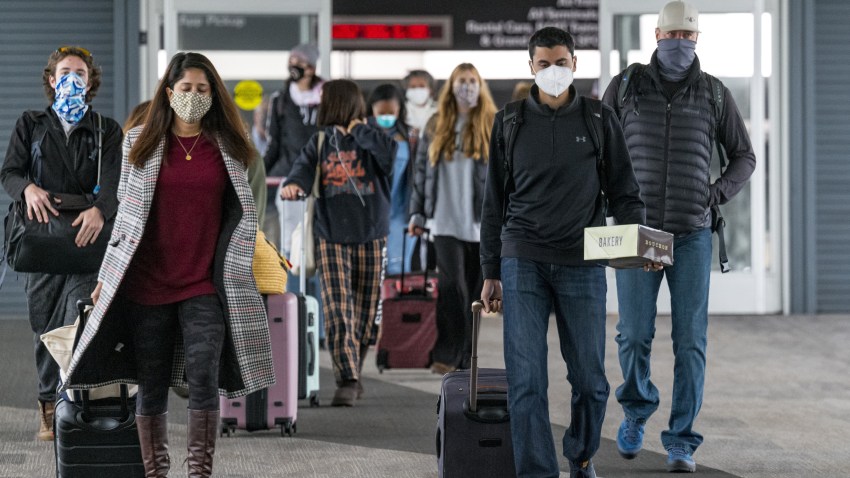 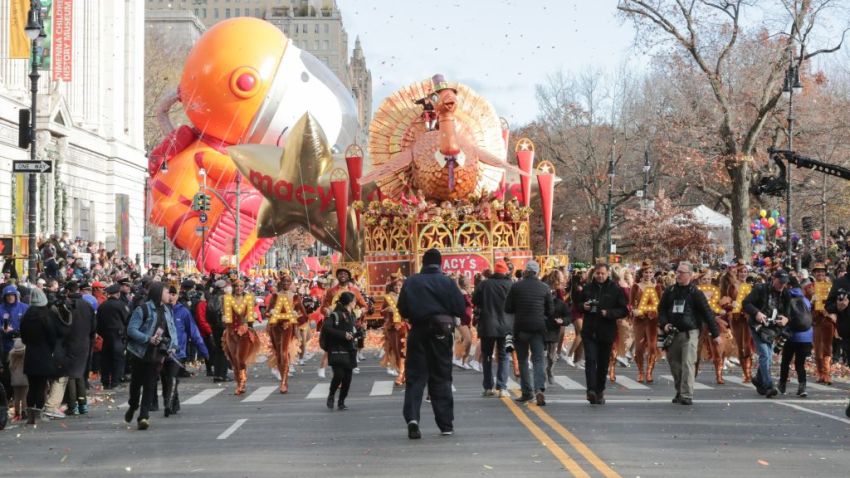 Macy's Thanksgiving Day Parade 2020: What You Need to Know

"I am wearing a mask to come here today ... this is a form of silent protest," said student Bao Yeung, 16, who was among a large group of supporters outside the court.

Instead of deterring rioting and calming the anti-government demonstrations that have rocked the international financial hub for four months, the mask ban has led to more anger, with rallies and widespread violence over the last three days.

The protests were sparked by a now-shelved bill that would have allowed some criminal suspects to be sent to mainland China for trial but have since morphed into a larger anti-government movement. Protesters are upset at what they say is Beijing's increasing influence over the former British colony, which was promised a high level of autonomy when it returned to Chinese rule in 1997.

"Wearing a mask is not a crime" has become a new battle cry as protesters have held daily rallies in the city center and other districts since the ban was announced Friday. The rallies degenerated into chaos as hard-liners again lobbed gasoline bombs, started fires and trashed subway stations and China-linked banks and shops in the city. Police responded with tear gas.

Sunday's protest also drew a first warning from the Chinese military after some demonstrators pointed lasers at one of its barracks in Hong Kong. Police said rioters also attacked bystanders, including two men left unconscious after bloody beatings and a woman who took photos of rioting.

In a statement Monday, police said the "public order of the whole city is being pushed to the verge of a very dangerous situation." The chaos has led many shops and public services to close and prompted panic buying in some areas.

The city's MTR network of subways and trains, which was entirely shut down Saturday and most of Sunday, reopened partially on Monday, a Chinese public holiday.

Hundreds of people congregated in several malls later Monday chanting anti-government slogans. At the New Town Plaza in eastern Sha Tin district, a small band played in the concourse as a large crowd of mostly masked supporters sang protest songs and chanted "No rioters, only tyranny."

Hong Kong's High Court has rejected a second effort to invalidate the mask ban but agreed to hear later this month an application by 24 legislators against Hong Kong leader Carrie Lam's use of the colonial-era Emergency Regulations Ordinance to impose the ban without legislative approval.

Lam has said she will seek the legislature's backing for the mask ban when it meets next on Oct. 16.

She has said the mask ban will make identification of rioters easier for police and that other measures are possible if violence continues.

Critics fear Lam's use of the emergency law, which gives her broad powers to implement any measures she deems necessary, could pave the way for more draconian moves. The law was enacted by the British in 1922 to quell a seamen's strike and was last used in 1967 to crush riots.

A police official who spoke on condition of anonymity because he was not authorized to speak to the media said 13 people were detained Saturday for violating the ban and other offenses but couldn't say how many more were arrested Sunday.

Enforcement is tricky in a city where many have worn surgical masks since a deadly respiratory disease outbreak in 2003.

Two teens have been injured by gunfire from officers under attack this week.

An 18-year-old protester, shot at close range by a riot officer on Tuesday, was charged with rioting and assaulting police. A 14-year-old teen, who suffered a gunshot wound to his thigh Friday night, was arrested.