Additional extreme fire danger is in the forecast for Sunday for parts of New Mexico, Arizona, Nevada and Colorado, according to the National Weather Service

Over 1,000 firefighters backed by bulldozers and aircraft battled the largest active wildfire in the U.S., after strong winds had pushed it across some containment lines and closer to a small city in northern New Mexico.

Calmer winds on Saturday aided the firefighting effort after gusts accelerated the fire’s advance to a point on Friday when “we were watching the fire march about a mile every hour,” said Jayson Coil, a fire operations official.

Ash carried 7 miles through the air had fallen on Las Vegas, population about 13,000, and firefighters were trying to prevent the fire from getting closer, said Mike Johnson, a spokesperson with the fire management team.

But fire managers warned of windy conditions expected in the coming days, as well as impacts from smoke, and officials urged residents to remain vigilant for further possible evacuation orders.

Stewart Turner, a fire behavior analyst with the fire management team, warned Saturday of a “very serious week” ahead with the forecasted winds.

More extreme fire danger was forecast for Sunday for parts of New Mexico, Arizona, Nevada and Colorado, according to the National Weather Service.

A new U.N. report found that Americans can expect to see more wildfires in western states as a result of warming global temperatures.

Mapping imagery indicated the fire that has burned at least 166 homes grew in size from 103 square miles on Friday to 152 square miles by early Saturday, officials said. The fire was described as 30% contained during a briefing Saturday evening.

Winds in northern New Mexico gusted up to 65 mph Friday before subsiding as nightfall approached. By Saturday, aircraft that dump fire retardant and water could resume flights to aid ground crews and bulldozers.

The fire's rapid growth Friday forced crews to repeatedly change positions because of threatening conditions but they managed to immediately re-engage without being forced to retreat, Coil said. No injuries were reported.

The fire started April 6 when a prescribed burn set by firefighters to clear out small trees and brush that can fuel fires was declared out of control. That fire then merged with another wildfire a week ago.

With the fire's recent growth, estimates of people forced to evacuate largely rural areas plus a subdivision near Las Vegas doubled from 1,500 to 2,000 people to between 3,000 and 4,000, said Jesus Romero, the assistant manager for San Miguel County. 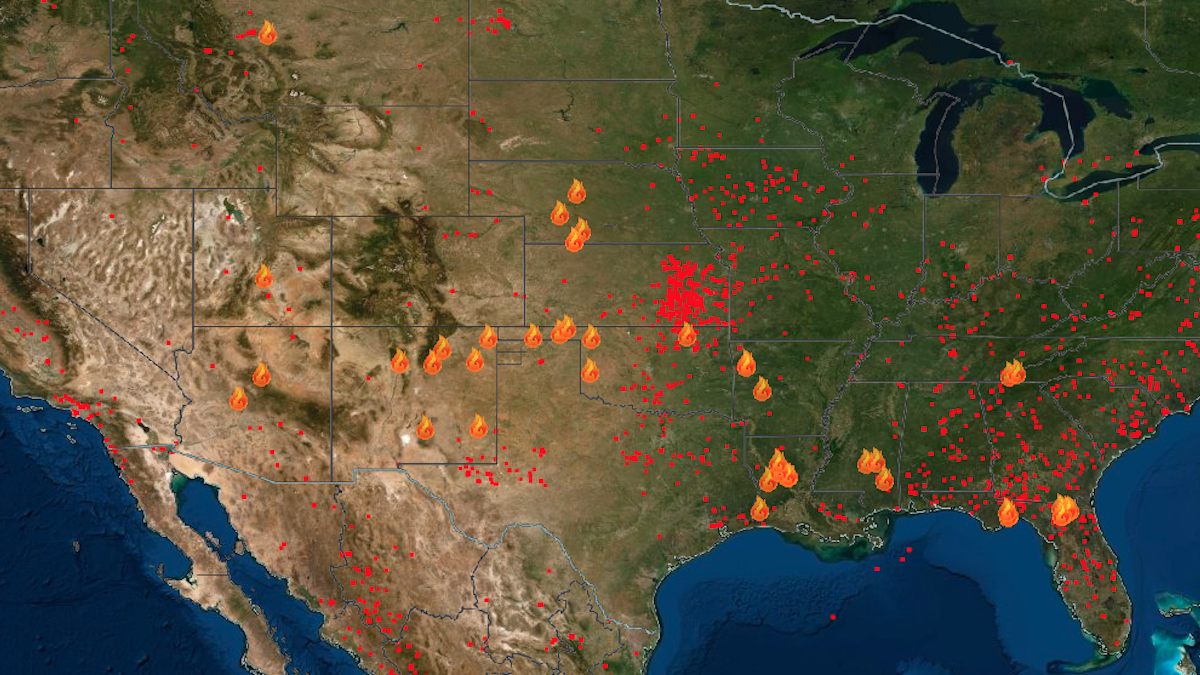 Map Shows Growing Number of Wildfires Sweeping Across US

Officials have said the fire has destroyed 277 structures, including at least 166 homes. No updated damage assessments were available on Saturday, Romero said.

Wildfires were also burning elsewhere in New Mexico and in Arizona. The fires are burning unusually hot and fast for this time of year, especially in the Southwest, where experts said some timber in the region is drier than kiln-dried wood.

Wildfires have become a year-round threat in the West given changing conditions that include earlier snowmelt and rain coming later in the fall, scientist have said. The problems have been exacerbated by decades of fire suppression and poor management along with a more than 20-year megadrought that studies link to human-caused climate change.

In northern Arizona, firefighters neared full containment of a 30 square-mile blaze that destroyed at least 30 homes near Flagstaff and forced hundreds to evacuate. A top-level national wildfire management team turned oversight of fighting the blaze back to local firefighting forces on Friday.

National forests across Arizona announced they would impose fire restrictions starting next Thursday that limit campfires to developed recreation sites and restrict smoking to inside vehicles, other enclosed spaces and to the recreation sites.

When a wildfire spreads widely, firefighters might not be able to extinguish all the flames - and have to let it burn. So they focus on containment, creating a barrier that the fire can't pass. In this LXplanation, we talk about how firefighters contain wildfires.