“We hope he wakes to a changed world with peace, unity and love for all,” Josef Neumann's daughter, Nicky Kohen, said

The family of one of the stabbing victims of Saturday’s attack against the Jewish community in Rockland County gave an emotional update on his condition Thursday morning, saying that although the prognosis is grim they are praying for his recovery. They also urged the public to stand up against hate.

Seventy-two-year-old Josef Neumann was one of five people stabbed while attending a Hanukkah celebration over the weekend in Monsey, New York. He suffered severe head injuries. According to his youngest daughter, Nicky Kohen, “the prognosis is not good.”

“He sustained multiple injuries. He has a fractured skull. He’s been sliced through his neck. He has a shattered arm. The other [injuries] seem minor compared to all of this. The doctors do not have high hopes for him. If he wakes up, he may not be able to walk, talk or even process speech again,” Kohen said Thursday during a morning press conference, adding that he has remained unconscious since the night of the attack and is undergoing a tracheotomy. "We do ask everybody to keep him in your prayers." 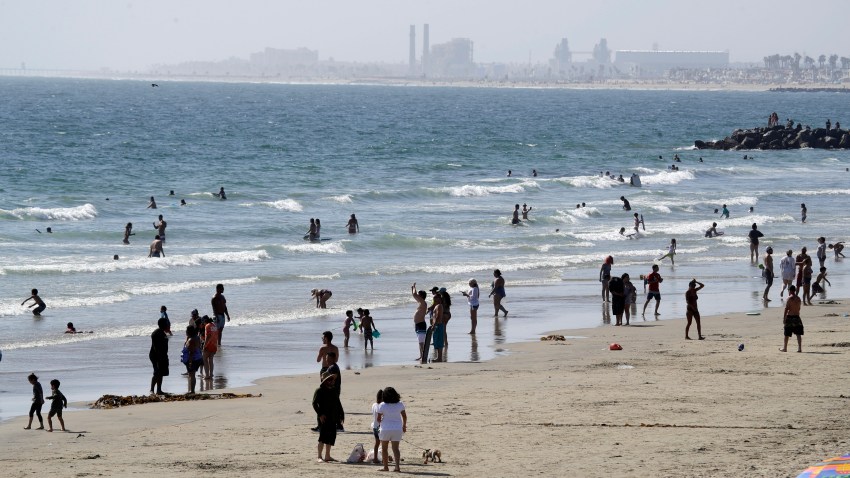 Aside from prayers, Neumann’s loved ones are also urging everyone to stand up against hate.

Police laid out more details showing a connection between the Hanukkah attack on a rabbi to a stabbing the month before. NBC New York’s Sarah Wallace reports.

In her emotional plea, Kohen said that hate against another person must stop.

“We hope he wakes to a changed world with peace, unity and love for all,” Kohen added.

One of Neumann’s other children, his son David, also spoke out -- tearfully saying that he felt he could have helped his father if he had gone to the Hanukkah celebration, as he was originally planning on going.

“I thought to myself if I was there I would be able to do something,” he said, wiping away his tears. “But I wasn’t there.”

As the family asked for an end to the violence, police said there may be a connection between the Hanukkah attack and an assault in November. NBC New York’s Ida Siegal reports.

In a subsequent Thursday afternoon press conference, Kohen made a calling for increased security measures throughout New York state.

Additionally, the Town of Ramapo's Chief of Staff Mona Montal announced that the town was revitalizing the Ramapo Council of United Americans -- an "interfaith, intercultural organization."

"It will be a forum to share concerns, work to find commonality and move forward with the healing and unity process," she said.

"The knife penetrated his skull directly into the brain," the family's statement reads. "Doctors are not optimistic about his chances to regain consciousness, and if our father does miraculously recover partially, doctors expect that he will have permanent damage to the brain; leaving him partially paralyzed and speech-impaired for the rest of his life.

Neumann's family says he is a father of seven children, grandfather, great-grandfather and a brother to several siblings.

"Please continue to pray for Yehosef Ben Perel. (Yeohosef is our father's Hebrew name. Ben means son, and Perel was the name of our grand mother OBM.)" the family says.

Yisroel Kraus is a member of the Monsey community and describes Neumann as a "very special, kind, and gentle human being. One of the most selfless human beings that I know."

Kraus is the brother-in-law of Joseph Gluck, the man heralded for his bravery for fighting back against the attacker.

His attorney now says hospital records show Thomas had been treated for Schizophrenia and has bipolar disorder.

Thomas' mother, who is a nurse in the Bronx, spoke in a news conference over the phone Thursday, saying he had been off his medications since October, although she said she checks on him to make sure he is taking them.

"I monitor him and I look for signs of decompensation. When I see that, I intervene for help," she said.

The family of Josef Neumann, a 71-year-old victim who was severely stabbed during a Hanukkah celebration in Monsey, says he may suffer permanent brain damage.

On Thursday afternoon, Ramapo Chief of Police Brad Weidel said that the Ramapo Police Department, the state police as well as the sheriff's department will take certain steps to enhance the police visibility in the town of Ramapo.

Weidel said they are still investigating what prompted the attack -- why the location of the crime was chosen and what connection, if any, there was to the congregation.

Weidel said authorities are still investigating to determine if this past weekend's attack is connected to another attack that took place on Howard Drive on Nov. 20 when a man was stabbed multiple times on his way to a synagogue just before dawn.

Weidel said they initially questioned Thomas after the Nov. 20 attack since Thomas' mother’s car came up as being in the area at the time, Weidel said, adding that police went to her home and discovered Thomas had been driving it.

Police subsequently interviewed them both, saw nothing suspicious and left, Weidel said. Police are now working to see if any physical evidence comes from a search of the car now that a search warrant has been issued.

A victim of Saturday's attack against the Jewish community in Monsey, New York remains in critical condition and his family now says he might not regain consciousness. Ida Siegal reports.

Thomas' lawyer said he has not looked into and could not comment on if his client was involved in the prior attack. He maintained that Thomas' attack was not inspired by hate or anti-Semitism, but rather by severe mental illness.

"Is he a domestic terrorist? Is he someone smitten with hatred of Jews or anyone? Or is he a person with tremendous mental derangement who never received the treatment and care he needed?" defense attorney Michael Sussman asked.