The legislation was approved after pro-democracy opposition lawmakers tried to disrupt the vote. The bill was passed with 41 lawmakers voting for it and just one voting against. Most of the pro-democracy lawmakers boycotted the vote out of protest.

The pro-democracy camp sees the anthem bill as an infringement of freedom of expression and the greater rights that residents of the semi-autonomous city have compared to mainland China.

The pro-Beijing majority said the law was necessary for Hong Kong citizens to show appropriate respect for the anthem.

Those found guilty of intentionally abusing the “March of the Volunteers” face up to three years in prison and a fine of up to 50,000 Hong Kong dollars ($6,450).

Thursday's vote coincided with the 31st anniversary of China’s bloody crackdown on pro-democracy protests in Beijing’s Tiananmen Square. Before debate began, pro-democracy lawmakers stood in silence to mark the anniversary and put signs on their desks saying, “Do not forget June 4, the hearts of the people will not die.”

Debate over the legislative was later suspended after pro-democracy lawmakers staged a protest, with one dropping a pot of pungent liquid in the chamber. 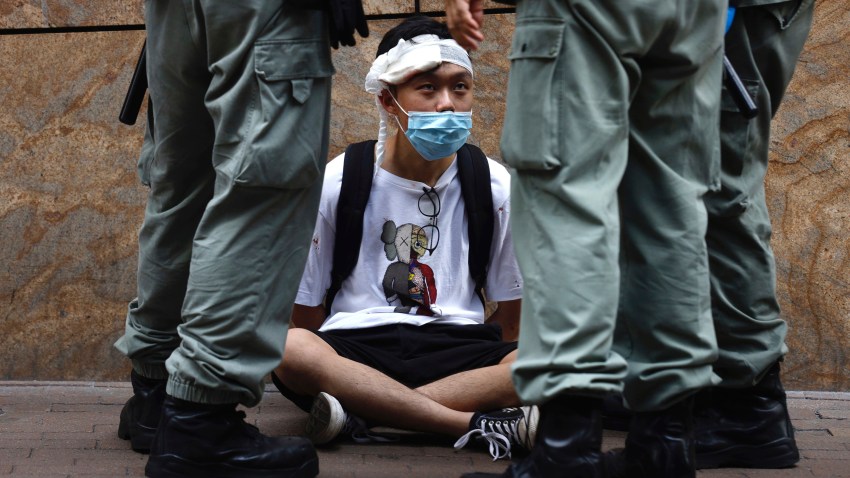 China Says US Action on Hong Kong ‘Doomed to Fail' 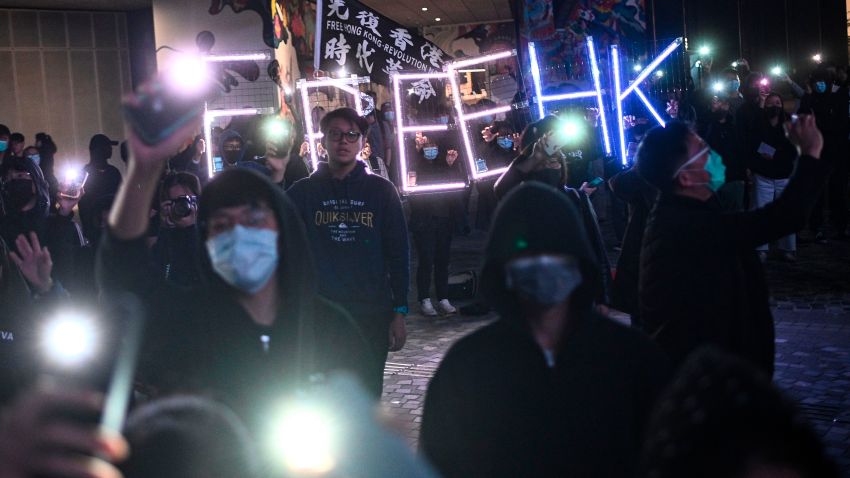 Raising a sign that said “A murderous regime stinks for ten thousand years,” lawmaker Ray Chan walked to the front with the pot hidden inside a Chinese paper lantern. When security guards tried to stop him, he dropped the lantern and the pot, and was ejected from the meeting. Another lawmaker who accompanied him was also ejected.

The chamber was evacuated and police and firemen were called in to investigate the incident.

When the meeting resumed, pro-democracy lawmaker Ted Hui again splashed some liquid at the front of the meeting room and was escorted out.

The president of Hong Kong's legislature, Andrew Leung, called such behavior irresponsible and childish. He cut short the debate because of the suspension and called for the vote. Critics said the shortened debate allowed the bill to be pushed through.

“I have not cut short the meeting, I have not pushed through the bill,” Leung said afterward. “I have told members that I have scheduled 30 hours (to debate the bill) so we just work according to the schedule."

The contentious debate over the bill comes after China’s ceremonial national legislature formally approved a decision last week to enact a national security law for Hong Kong that could see Chinese security agents posted in the city.

President Donald Trump announced that it would revoke special privileges granted to Hong Kong, including U.S. extradition policies and separate travel customs and visas from China, and will enact economic sanctions. The president said these measures were in response to China's violation the 1984 Sino-British Joint Declaration, which gives Hong Kong a high degree of autonomy from Beijing.

The national security law is aimed at curbing subversive activity, with Beijing pushing for it after a monthslong pro-democracy protest movement at times saw violent clashes between police and protesters.

Opponents of the anthem law and national security law see them as signs of Beijing’s tightening control over the territory.

While experts have warned that the security law could imperil Hong Kong’s status as one of the world’s best places to do business, at least two banks with a strong Asian presence have publicly backed the decision.

HSBC said in a Chinese social media post that it “respects and supports all laws that stabilize Hong Kong’s social order,” while Standard Chartered said it believed the national security law would “help maintain the long-term economic and social stability of Hong Kong.”

Beijing began pushing for the anthem law after Hong Kong soccer fans jeered the national anthem at international matches in 2015. As anti-government protests engulfed Hong Kong last year, thousands of fans booed loudly and turned their backs when the anthem was played at a World Cup qualifier match against Iran in September. FIFA later fined the Hong Kong Football Association over the incident.