A bill seeking to preserve abortion protections in state law fails to pass a key committee. Lawmakers cite God, church and faith in proclaiming their opposition to it. Abortion-rights groups protest outside a gathering of lawmakers.

What sounds like a legislative fight in a state controlled by anti-abortion Republicans is actually quite different.

The bill seeking to protect abortion rights is in Rhode Island, a state controlled by Democrats at all levels of political power, and it's stalled. 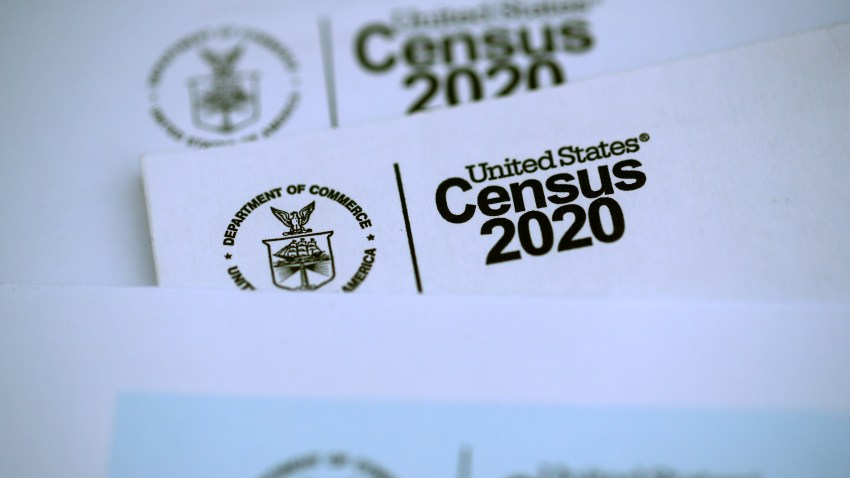 Census Day Arrives With US Almost Paralyzed by Coronavirus

"This is an issue, I think, where it's very difficult to draw a line down party lines," said Democratic state Sen. Erin Lynch Prata, a committee chairwoman who voted in favor of the bill. "It's a very personal issue to a lot of people."

Rhode Island is not the only state led politically by Democrats where abortion-rights legislation has either died or stalled this year. A bill to remove a dormant criminal ban on abortion in New Mexico was voted down in March by the Democrat-led state Senate, despite a push to shore up abortion rights by Democratic Gov. Michelle Lujan Grisham. In Hawaii, where all but six of the 76 lawmakers are Democrats, a bill allowing advanced-practice registered nurses to perform some abortions passed the Senate but died in a House committee.

To be sure, some Democratic-led states are taking steps to enshrine the right to an abortion should the U.S. Supreme Court ever overturn the 1973 Roe v. Wade decision. Among them are Nevada, New York and Vermont.

But the enthusiasm and recent success of anti-abortion activists to pass near total bans on the procedure in about a half-dozen Republican-dominated states provides a stark contrast to the more muted response in states controlled by Democrats.

In those states, the legislative records and personal views of Democratic lawmakers are mixed, much to the disappointment of abortion-rights supporters.

Jocelyn Foye, co-director of The Womxn Project in Rhode Island, said she thinks that while many politicians run as Democrats in the state to win, they don't always vote like Democrats, particularly on abortion rights. She said she is frustrated that the abortion-protection bill has not progressed.

"At the same time, it has empowered me, as well as the community we have working with us, to really just not let up," Foye said. "We're going to keep fighting."

Members of The Womxn Project staged a protest last week outside a fundraiser for the Rhode Island Senate Democrats political action committee, intended to pressure the legislative leaders to bring the bill to a floor vote. Foye said it also was a way to hold the senators accountable for taking care of the women of Rhode Island.

"The only thing standing in the way of this bill is Democrats, and they need to know that," said Liz Gledhill, a member of the Rhode Island Democratic Party Women's Caucus who was among roughly 150 people attending the protest. "You can't call yourself a Democrat and vote against a bill like this."

The Rhode Island bill says the state will not restrict the right to an abortion prior to fetal viability or afterward if an abortion is necessary for the health or life of the mother. It also would repeal older state abortion laws deemed unconstitutional by the courts.

Passage is far from assured in a heavily Catholic state where many lawmakers cite their faith as a guide to their political decisions.

Democratic Sen. Harold Metts, a Baptist deacon whose statehouse office is decorated with crosses, said he would never vote for an abortion-rights bill because "abortion robs God of his glory by substituting man and government in God's place to determine life and death."

Eight Senate Democrats joined with Republicans to defeat the bill, which would have overturned a 1969 statute making it a felony for an abortion provider to terminate a pregnancy. Opponents, including the local Roman Catholic Church, highlighted provisions that would allow late-term abortions to continue.

The outcome caught many of the bill's supporters by surprise and makes it likely that the state's dormant abortion ban will stand at least through the 2020 election, in a state where Democrats control the Legislature and every elected statewide office.

During the floor debate on the bill in March, Democratic state Sen. Gabriel Ramos held aloft letters of opposition from three Catholic dioceses and urged colleagues to follow their advice.

"To me, I was just doing what's right in my mind and for my district," said Ramos, who voted against the bill and rejects the notion that abortion is a partisan topic. "This is a life issue; this is a moral issue."

State Sen. Gerald Ortiz y Pino, a practicing Catholic who supports abortion rights, said the Senate vote should be a wake-up call to abortion-rights advocacy groups in New Mexico. He noted that there are just eight women in the 42-member Senate.

In Hawaii, state Rep. John Mizuno, a Democrat, said lawmakers on the health committee he chairs believed a Senate bill expanding the ranks of those who can perform abortions needed further discussion.

The committee amended the bill to create a task force and two other House committees deferred it, effectively killing it for the session. Mizuno said the bill could be taken up next year.

Abortion-rights activists have taken heart in the actions of other states controlled by Democrats.

New York adopted an abortion-rights measure in January that, among other things, codifies many court-granted rights. Vermont's Democratic-led Legislature this month passed both a bill and constitutional amendment that would guarantee the right to abortion. Republican Gov. Phil Scott has said the bill will become law, but the amendment must be approved again by the Legislature elected in 2020 for it to appear on the 2022 ballot.

The Democratic-led Nevada Legislature, which has the nation's first overall female majority, voted this past week to relax abortion laws. The measure would repeal criminal penalties for people who perform or supply medications to induce abortion without the advice of a physician. It also would repeal requirements to document the woman's marital status and inform her about the "emotional implications" of abortion.

"At the same time, though, we really are seeing momentum in these other states that are seeking to do anything and everything they need to protect abortion rights and advance access to abortion care," Miller said. "We have a lot of confidence that those are going to continue to move forward in the coming weeks."

The fight will not necessarily play out along neat partisan lines, however. The fate of bills this year seeking to expand or codify abortion rights is uncertain in a number of states where Democrats are in control, including Illinois and Maine.

In Rhode Island, abortion-rights supporters are working on compromise language for the stalled bill in hopes they can persuade enough Senate Democrats to eventually approve it; the House passed its version of the legislation in March. Democratic state Sen. Dawn Euer said tensions are high around the issue and that lawmakers' conversations are "under a microscope."

Barth Bracy, executive director of Rhode Island Right to Life, said he thinks some Democrats are pushing back against being stereotyped on the issue.

"There are a lot of John F. Kennedy Democrats in Rhode Island who feel betrayed by the suggestion that in order to be a good Democrat, they must be pro-abortion," he said.