Luz Rivas remembers seeing the word on her mother’s residency card as a child: “alien.”

In the stark terms of the government, it signaled her mother was not yet a citizen of the U.S. But to her young daughter, the word had a more personal meaning. Even though they were going through the naturalization process, it meant the family did not belong.

“I want other children of immigrants, like me, to not feel the same way I did, that my family did, when we saw the word ‘alien’,” said Rivas, now an assemblywoman in the California Legislature. 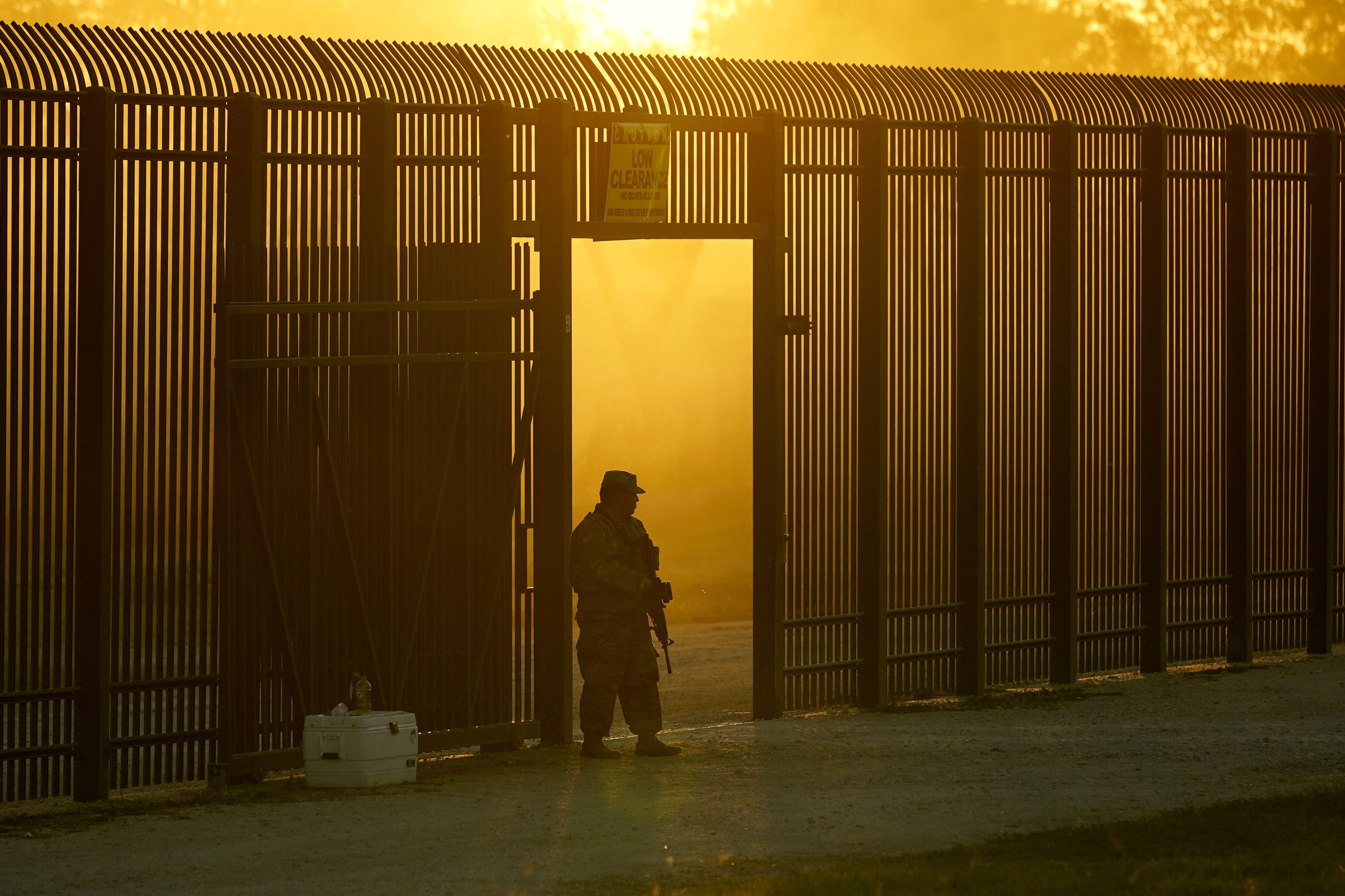 Can Biden Find the Right Balance on Immigration? 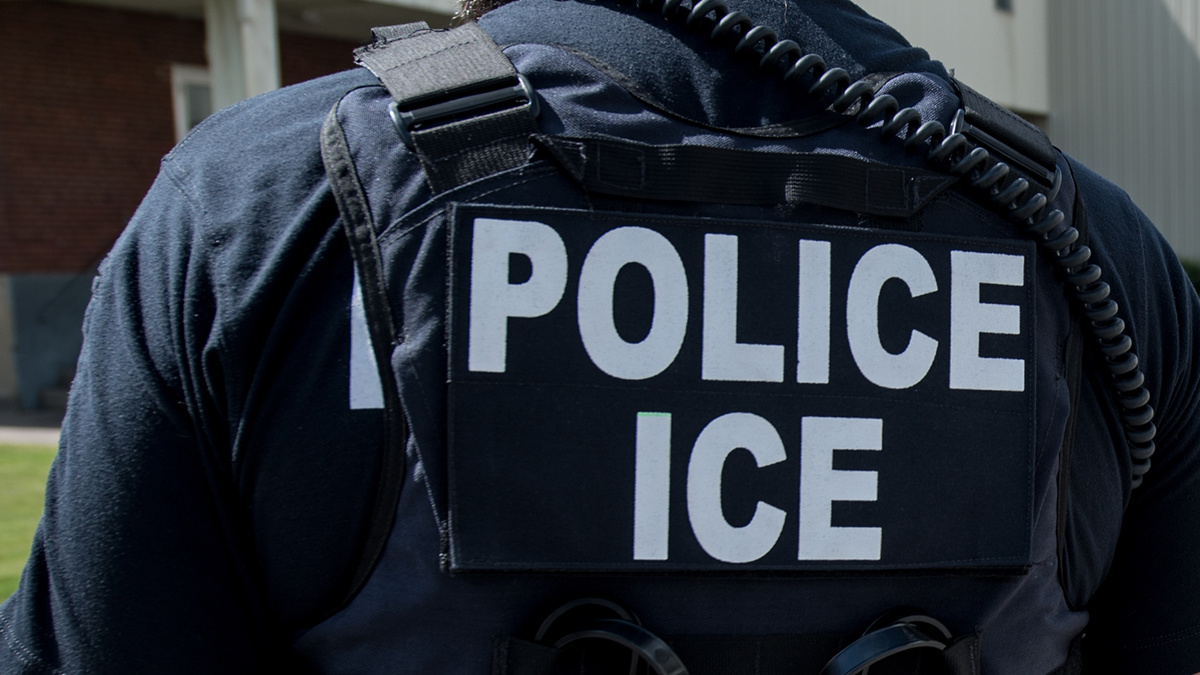 The Democratic lawmaker sought to retire the term and this year authored a bill — since signed into law — that replaces the use of “alien” in state statutes with other terms such as “noncitizen” or “immigrant.” Her effort was inspired by a similar shift earlier this yearby the Biden administration.

Immigrants and immigrant-rights groups say the term, especially when combined with “illegal,” is dehumanizing and can have a harmful effect on immigration policy.

The word became a focal point of debate in several states earlier this year as the number of migrants at the U.S.-Mexico border swelled and led to fierce backlash against Biden administration policies by Republican governors and lawmakers.

Lawmakers in at least seven states considered eliminating use of “alien” and “illegal” in state statutes this year and replacing them with descriptions such as “undocumented” and “noncitizen,” according to the National Conference of State Legislatures.

Only two states, California and Colorado, actually made the change.

“I want all Californians that are contributing to our society, that are small business owners, that work hard, to feel that they are part of California communities,” Rivas said of the reason behind her legislation.

State Sen. Julie Gonzales, who co-sponsored the new Colorado law, said during a legislative committee hearing that words such as “illegal” were “dehumanizing and derogatory” when applied to immigrants. Gonzales said the legislation aimed to remove the only place in Colorado statute where “illegal alien” was used to describe people living in the U.S. illegally.

“That language has been offensive for many people,” she said. “And some of the rationale behind that is really rooted in this idea that a person can certainly commit an illegal act, but no human being themselves is illegal.”

Using “alien” to describe those who are not U.S. citizens has a long history, dating to the nation's first naturalization law, passed while George Washington was president. Fearing a war with France, Congress also passed the Alien and Sedition Acts in 1798, which sought to suppress political subversion.

Changing the long-standing government terminology around immigration is not universally accepted as necessary or desirable.

Edith Espinal, an undocumented immigrant who had to live in a church for the last three years to avoid deportation, has been cleared to leave and live with her family.

Sage Naumann, spokesperson for the Colorado Senate Republicans, said the Democratic-controlled Legislature should be spending its time on matters of deeper importance to residents, such as taking steps to fight inflation, tackle crime and improve education.

Naumann said he doubted that “the average Coloradan — or American — cares about what semi-controversial words are buried in their state statutes.”

The Biden administration also received some pushback after its change in policy.

In April, U.S. Customs and Border Protection ordered employees to avoid using the word “alien” in internal documents and public communications and instead use “noncitizen” or “migrant.” “Illegal alien” also was out, to be replaced by descriptions such as “undocumented noncitizen.”

“We enforce our nation’s laws while also maintaining the dignity of every individual with whom we interact,” Troy Miller, acting commissioner, wrote to employees of the largest U.S. law enforcement agency, which includes the Border Patrol. “The words we use matter and will serve to further confer that dignity to those in our custody.”

Border Patrol Chief Rodney Scott objected, writing to others in the agency that the edict contradicted language in criminal statutes — although Miller made an exception for legal documents — and plunged the agency into a partisan debate. Scott, a Trump-era appointee, refused to sign off on the order and believes his outspokenness on that and other issues contributed to him being forced out of his position in June.

“To change the law is fine, but until then you’re really politicizing the mission,” Scott said in an interview.

An analysis by The Associated Press (which doesn't refer to people as "aliens” except in direct quotes) found that more than dozen states still use the terms “alien” or “illegal” in statutes referring to immigrants. Among them is Texas, where a legislative attempt to transition to different terminology advanced out of committee with bipartisan backing this year but failed to get a hearing before the full Texas House.

State Rep. Art Fierro, a Democrat, said he expected “kickback” when he originally proposed the change. But following committee discussions, he said that to his surprise the change was seen by both parties as an effort to use more “dignified, respectful” terms. He said he suggested the change because he felt the original terms were belittling to those seeking to work through the immigration process.

Fierro said he plans to introduce another bill to replace the terms during the state’s next regular legislative session, in 2023.

“We are just trying to treat people humanely,” he said.

Rosalidia Dardon knows from personal experience why the language surrounding immigration is so important.

After fleeing violence in El Salvador, she spent roughly 16 months in an immigration detention center in California before arriving at a refugee home in Texas in 2016. She was determined to find a job while she sought asylum but had lost her work visa after her protected status expired.

Dardon, 54, blames the ankle monitor she was required to wear and the description of immigrants with terms such as “illegal” for a job search marked by rejection after rejection.

One specific moment remains frozen in her memory.

“I won’t give you a job because you are a criminal,” Dardon told the AP in Spanish, repeating what a hiring manager in Texas said to her.

"I would ask myself and God why I was given an ankle monitor if my only sin was to go to a country that was not my own,” said Dardon, whose immigration case remains pending. “Without Latinos, this country would spiral downwards. That’s why we should be treated better.”