Biden has already promised to enact a sweeping pandemic relief bill while overhauling health care, immigration and education systems and to fight for the most aggressive environmental protections in U.S. history

President-elect Joe Biden is facing escalating pressure from competing factions within his own party as he finalizes his choice for secretary of defense.

Black leaders have encouraged the incoming president to select an African American to diversify what has so far been a largely white prospective Cabinet, while others are pushing him to appoint a woman to lead the Department of Defense for the first time.

At the same time, a growing collection of progressive groups is opposing the leading female contender, Michèle Flournoy, citing concerns about her record and private-sector associations.

A coalition of at least seven progressive groups warned Biden to avoid Flournoy in an open letter to Biden obtained Wednesday by The Associated Press that referenced her record of “ill-advised policy decisions” — particularly in relation to Saudi Arabia, Yemen and Afghanistan — and an “opaque history of private-sector activity.”

For the first time since winning the election, Joe Biden will receive official daily briefings on Monday, plus a possible meeting with the White House Coronavirus Task Force. This, as U.S. coronavirus cases surge, and pharmacy companies prepare to dole out vaccines to the public. Congress returns to work on the same day, to grapple with how to help Americans in danger of losing enhanced financial aid when the CARES Act expires.

“Ms. Flournoy’s consistent support for military interventions has contributed to devastating crises around the world, including in Yemen,” said Jehan Hakim, chairperson of the Yemeni Alliance Committee, which helped organize the letter.

Other contenders are emerging, including retired Army Gen. Lloyd Austin and Jeh Johnson, who served as the Pentagon’s top lawyer and then as head of the Department of Homeland Security during President Barack Obama’s second term. Both Austin and Johnson are Black.

The competing pressures are intensifying less than a month into Biden's urgent push to build an administration while trying to preserve the broad coalition that fueled his victory over President Donald Trump last month.

And facing massive governing challenges once he takes office on Jan. 20, Biden can perhaps least afford to lose the backing of the Democratic Party’s fiery progressive base. Nearly 100 House Democrats belong to the Progressive Caucus, which may wield significant influence over Biden's policy agenda as Democrats cling to their narrowest House majority in a century.

Biden has already promised to enact a sweeping pandemic relief bill while overhauling health care, immigration and education systems and fighting for the most aggressive environmental protections in U.S. history.

Progressive groups have cheered a handful of Biden's early hires — particularly Heather Boushey and Jared Bernstein to his Council of Economic Advisers — but have been far from satisfied overall. Despite early disappointment, they have resisted the temptation to embrace an adversarial tone as they decide how to flex their muscles most effectively in the new political climate, especially with several major Cabinet positions and senior positions yet to be filled.

Justice Democrats spokesperson Waleed Shahid called Biden's early picks “a mixed bag,” but noted that they have generally been more progressive than Obama's early picks after his 2008 election victory.

“The thing that was alarming to me was when Joe Biden said, ‘We already have a significant number of progressives in our administration,’” Shahid said. “I talked to a lot of people, and they said, ‘We have no idea what he’s talking about.’”

The White House transition is formally moving ahead. President-elect Joe Biden on Tuesday introduced his picks for high-level cabinet positions focused on national security and intelligence. Biden pointed to the nominees' experience, while answering criticism they could represent a return to the status quo. "We cannot meet these challenges with old thinking," he said.

Beyond the Defense Department, progressives are gearing up for the possibility of more aggressive fights on Commerce, Labor, Education, Interior and Justice, among other unfilled Cabinet posts. They have already signaled intense opposition to the likes of Rahm Emanuel, a former Obama White House chief being considered for transportation secretary, and Mike Morell, another Obama-era figure being eyed for CIA director.

Flournoy, meanwhile, had been seen as the leading candidate for defense secretary under a Democratic president since Hillary Clinton’s failed 2016 campaign.

She stood out as deeply experienced, respected on Capitol Hill and well known on the international stage. But soon after Biden’s victory, her stock seemed to slip as others, including Austin and Johnson, came into consideration.

A leading Black voice in Congress, South Carolina Rep. James Clyburn, has openly called for Biden to choose more Black men and women for Cabinet positions. The Pentagon job, which has never been held by a woman or a Black person, is one of the last remaining opportunities for Biden to demonstrate his commitment to diversity at the senior levels of his national security team.

Americans want President-elect Joe Biden to prioritize uniting the country when he takes office in January, according to a new poll. NBCLX political storyteller Noah Pransky breaks down the NBCLX/YouGov survey that asked Americans what the Biden Administration should tackle first once he's in the White House.

Liberal critics have suggested Flournoy’s views are more hawkish than the president-elect’s, particularly on the Afghanistan War, and some have pointed to her position as a co-founder of consulting firm WestExec Advisors, which provides what it calls “unique geopolitical and policy expertise to help business leaders” and which has become a source of Biden selections for other national security positions. Another of WestExec’s founders, Antony Blinken, is Biden’s nominee for secretary of state, and Avril Haines, the nominee for director of national intelligence, is a former WestExec principal.

There was no reference to race or gender in Wednesday's letter opposing Flournoy. The signatories include the Yemen Relief and Reconstruction Foundation; Justice Democrats, which is aligned with Vermont Sen. Bernie Sanders; Demand Progress; and Just Foreign Policy, among others.

They were especially critical of reports that Flournoy had resisted calls to end the Saudi-led war in Yemen. Biden has promised to end U.S. support for the war.

The letter offers support for two potential Flournoy alternatives: Sens. Tammy Duckworth of Illinois and Kirsten Gillibrand of New York. Advisers for both camps declined to comment, though neither is believed to have emerged as a leading contender. Gillibrand, in particular, is thought to have little interest in the position.

Joe Biden has named as his incoming chief of staff a man with previous experience responding to infectious disease outbreaks. Ron Klain was the point person tasked with responding to an Ebola outbreak during the Obama administration. Dr. Dena Grayson, an infectious disease expert, explains how this experience will help the Biden Administration hit the ground running on its coronavirus response.

“While we are by no means winning all of these fights, it is clear that a focus by progressives on personnel is making a difference that will likely pay dividends when it comes to policy determinations over years to come,” said David Segal, who leads the progressive group Demand Progress.

He added, however, that “the national security space is more worrisome.”

Shahid, of Justice Democrats, suggested that progressives would give Biden a relatively long leash before revolting, even if there are more disappointments to come as he builds out his administration.

The true nature of Biden's presidency won't be known until he takes office in January and begins to work with Congress to enact his agenda, Shahid said. Biden has promised both to fight for big, bold policy changes and to compromise with Republicans. Barr's Special Counsel Move Could Tie Up His Successor 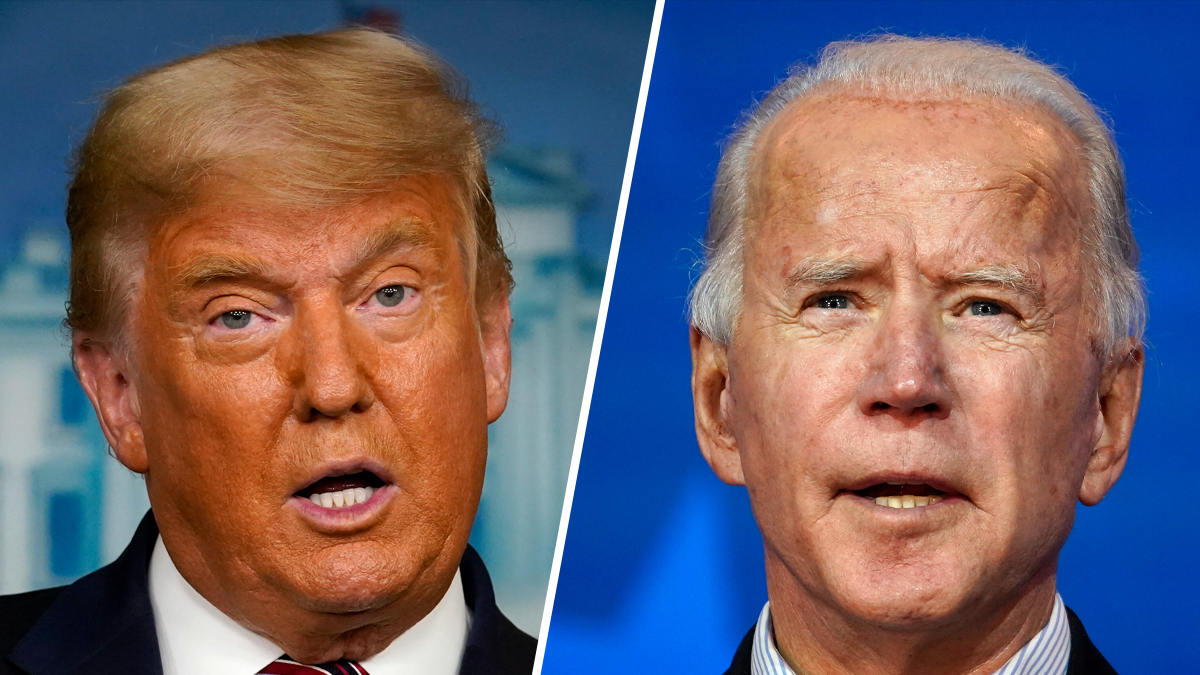 “In the same way Joe Biden said his campaign was a fight for the soul of America, the Cabinet is the beginning, not the end, of the fight for the soul of the Biden presidency,” Shahid said. “If he chooses the path of deal-making with Mitch McConnell, those divides within the Democratic Party will become much more apparent.”