Biden's First 100 Days: Where He Stands on Key Promises

As he rounds out his first 100 days in office, President Joe Biden’s focus on reining in the coronavirus during the early months of his administration seems to have paid off: He can check off nearly all his campaign promises centered on the pandemic.

Biden has delivered on a number of his biggest campaign pledges focused on climate change and the economy. But some issues have proven to be tougher for the administration — including immigration, where Biden is grappling with how to enact promised reforms in the face of a steep increase in unaccompanied minors seeking to cross the border. On some of his promises, Biden is waiting for Congress to act.

Where Biden stands on some of his key promises:

Nowhere close. The White House first said it would stick to Trump's 15,000 cap due to “humanitarian concerns.” After facing backlash from Democrats, it shifted gears and said Biden would increase the historically low cap on refugees set by Trump — but probably not all the way to the 62,500 that Biden previously had planned. And the numbers actually admitted this year are likely to be closer to 15,000.

— Surge humanitarian resources to the border and encourage public-private partnerships to deal with an increase in migration there.

Yes, but is it enough? The Department of Homeland Security has deployed the Federal Emergency Management Agency to help deal with the crisis a major increase of border arrivals, and Biden signed an executive order asking officials to prepare plans for using humanitarian resources there. He has yet to establish any new public-private partnerships. The largest number of unaccompanied children ever at the border created massive overcrowding at Customs and Border Protection facilities and set off a mad scramble for temporary space at convention centers, military bases and other large venues.

Incomplete. Biden signed an executive order in February directing his officials to craft a strategy for migration, including refugees and asylum seekers. Biden has promised to unveil a new “humane” asylum system but he and his aides have been mum on timing and offered no specifics. He’s eliminated some Trump-era policies, like a requirement that new asylum seekers to wait in Mexico. But he has kept a controversial Trump-era policy that allows Customs and Border Protection to expel undocumented migrants to avoid the spread of COVID-19. And Biden has yet to articulate a plan to manage asylum flows beyond proposing that billions of dollars be spent to address root causes in Central America.

— Deliver a comprehensive immigration reform bill to Congress within his first 100 days.

— End travel restrictions on people from a number of Muslim-majority countries.

— Restore the Obama-era principle of deporting foreigners who are seen as posing a national security threat or who have committed crimes in addition to the crime of illegal entry.

Attempted, but blocked in court.

— Streamline and improve the naturalization process for green card holders.

In progress. Biden signed an executive order in February ordering a plan to improve the naturalization process, and the Department of Homeland Security has since revoked some Trump-era rules, sought public input into naturalization barriers and reverted to a 2008 version of the U.S. civics test for applicants, considered more accessible than the Trump-era revamp.

In progress. Biden signed executive orders ending the policy and establishing a task force focused on reuniting families. The task force is making slow progress as it pores over thousands of records.

No review has been ordered, but Biden’s Department of Homeland Security has granted TPS for Venezuelans and Burmese, extended it for Syrians and extended a related program for Liberians.

— Convene a regional meeting of leaders, including officials from El Salvador, Guatemala, Honduras, Mexico and Canada, to address the factors driving migration and propose a regional resettlement solution.

Not yet. Vice President Kamala Harris, tasked with dealing with the root causes of migration, has spoken to the leaders of Mexico and Guatemala, but no regional meeting is on the horizon.

— Protect those often described as “dreamers” — young immigrants brought to the U.S. illegally by their parents — and their families by reinstating DACA, the Obama-era policy defending them from deportation.

Homeland Security Secretary Alejandro Mayorkas said in March his agency was issuing a rule to “preserve and fortify DACA,” but the policy faces a Texas court challenge that could invalidate protections for those often described as “dreamers.”

— Ensure that personnel within Immigration and Customs Enforcement and within Customs and Border Protection abide by professional standards and are held accountable for inhumane treatment.

Biden included funding for training and investigating misconduct in his immigration bill and in the budget he proposed to Congress. His administration has faced questions about allegations of abuse in at least one Texas facility, which are being investigated.

— End prolonged migrant detention and invest in a case-management system to process people.

There’s been no announcement of added investments in case-management systems. The administration did roll out plans to release parents and children within 72 hours of their arrival in the United States in March. Officials subsequently acknowledged that hundreds of children have been held by Border Patrol for much longer, due to an increase in unaccompanied minors arriving at the border and a lack of facilities to house them. 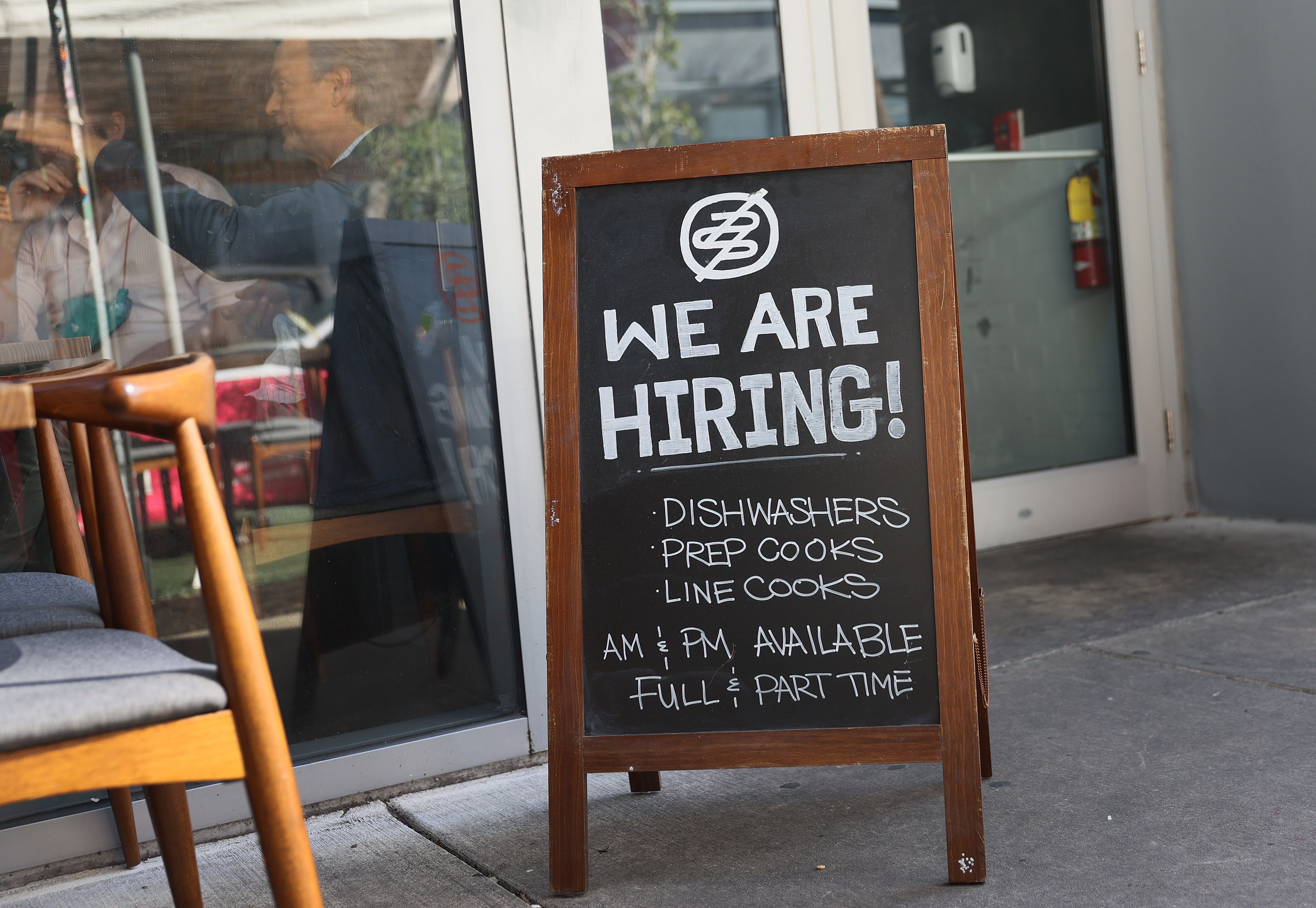 Abandoned. The Biden administration said it was scrapping the idea, after consultations with civil rights groups and police unions that said it would be counterproductive.

— Direct attorney general to deliver a list of recommendations for restructuring the Bureau of Alcohol, Tobacco, Firearms and Explosives and other Justice Department agencies to better enforce gun laws.

— Direct FBI to issue report on delays in background checks for gun purchases.

President Joe Biden urged Congress to pass gun control measures after a gunman opened fire at a FedEx facility in Indianapolis, Ind., on Friday, killing 8 and injuring several others.

— Ensure 100 million vaccines have been administered before the end of his first 100 days, later increased to 200 million.

— Increase access to testing and establish pandemic testing board.

According to data collected by Burbio, a school-tracking site, as of April 18 62% of schools offered in-person learning every day. It’s unclear what percentage of those schools are elementary schools.

Done; the bill passed in March.

President Joe Biden and Vice President Kamala Harris discuss the American Relief Act and how it will help all Americans.

Sort of — he's imposed an indefinite moratorium on new oil and gas leases on federal lands and waters.

In progress. Biden signed an executive order on Inauguration Day ordering a review of Trump-era rules on the environment, public health and science, and has begun the process of rolling back some.

John Kerry, the White House’s special envoy for climate, praised the accomplishments of the international climate summit on Thursday, saying, “Today, we built a huge foundational building block in the effort to [combat the climate crisis].”

In progress. Biden has proposed raising the corporate tax rate to 28% from the 21% rate set by Trump's 2017 overhaul of the tax code.

Done. The aid package approved right before Biden became president offered $600 in direct payments to eligible Americans. Biden said the payment should have been $2,000. His $1.9 trillion relief package included $1,400 in additional direct payments, which with the prior round adds up to $2,000.

— “End the forever wars in Afghanistan and the Middle East” and terminate U.S. involvement in the Yemen civil war.

In progress. Biden announced that the American troop withdrawal from Afghanistan would begin by May 1 and the redeployment would be done no later than Sept. 11. Biden announced he was ending American support for the five-year Saudi Arabia-led military offensive in Yemen.

— Put human rights at the center of foreign policy.

Mixed. Biden has directly raised concerns with Chinese President Xi Jinping on Hong Kong, human rights abuses against Uyghur and ethnic minorities in the western Xinjiang province, and its actions toward Taiwan. He’s repeatedly raised concerns about the jailing and treatment of Russian opposition leader Alexei Navalny. But Biden declined to hold Saudi Arabia’s crown prince, Mohammed bin Salman, directly responsible for the killing of U.S.-based journalist Jamal Khashoggi even after the publication of U.S. intelligence showing Salman approved of the hit.

Mostly accomplished. Allies like Canada’s Justin Trudeau and Germany’s Angela Merkel, who had stormy relationships with Trump, have praised Biden for his efforts reclaim U.S. leadership on climate issues, and leaders in the Indo-Pacific have been pleased by early efforts at coordination on China policy.

President Joe Biden on Wednesday outlined his plans to start the final removal of troops from Afghanistan starting May 1. “The Taliban should know that if they attack us as we draw down, we will defend ourselves and our partners with all the tools at our disposal,” Biden said.

— Reversing the embrace of “dictators and tyrants like Putin and Kim Jong Un.”

Mostly accomplished. Biden has levied two rounds of sanctions against the Russians. His administration decided to be measured in its approach with Putin and has said that he’s interested in finding areas where the U.S. and Russia can find common ground. Biden’s team acknowledges they have sought to reengage with North Korea, but have been rebuffed.

— Quickly rejoin the nuclear deal with Iran so long as Tehran comes back into compliance.

Mixed. Indirect talks are under way among other signatories of the 2015 deal, including British, German, French, Chinese and Russian officials, with American officials down the hall. But the path forward is less than certain as Tehran has thus far refused to come into compliance with the old deal without sanctions relief and it recently began enriching uranium to its highest purity ever.

Completed. As a candidate, Biden said, if elected, he'd make it U.S. policy to recognize the killings and mass deportations by Ottoman Empire forces of hundreds of thousands of Armenians more than a century ago — something past presidents have avoided doing out of concern of angering strategic ally Turkey. Biden followed through on the promise on the annual commemoration Armenian Genocide Remembrance Day. Turkey swiftly condemned the move.

Secretary of State Antony Blinken is in Afghanistan in an unannounced visit a day after President Joe Biden announced the withdrawal of US troops from the country.