Congressional Democrats aren't backing down from their threats to reject any government funding bill that isn't paired with protection for thousands of young immigrants, as hard-line liberal groups shrug off risks of a government shutdown.

Top Senate Democrat Chuck Schumer said Wednesday there's "very, very strong" sentiment among his party's lawmakers to oppose GOP-drafted legislation that would only keep the government's doors open for four weeks past a looming Friday deadline. Schumer did not say his caucus was entirely unified, but the rhetoric signaled growing chances that a stop-gap measure could come up short of votes in the Senate and federal agencies could begin closing their doors Friday at midnight.

"The overwhelming number in our caucus have said they don't like this deal and they believe if we kick the can down the road this time we'll be back where we started from next time," Schumer told reporters. "So there's very, very strong support not to go along with their deal." 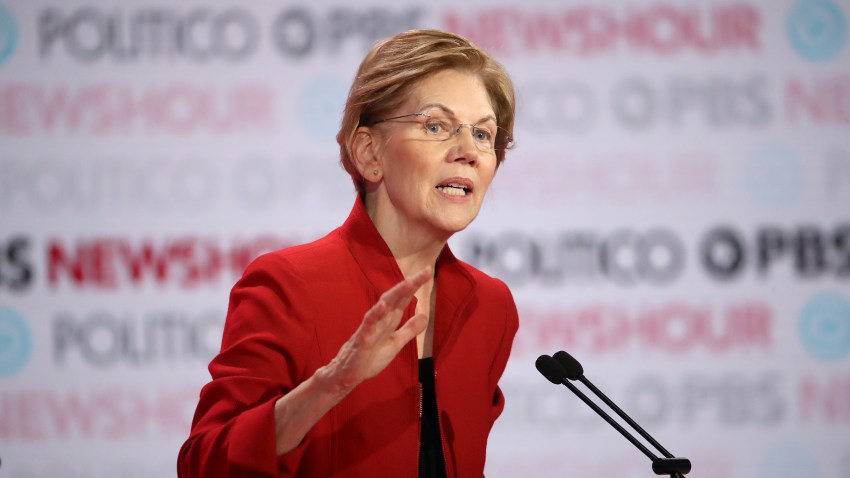 The hardening stance reflects the influence of an emboldened Democratic base clamoring for a showdown with a president many on the left view as racist and untrustworthy. The fight over the fate of the "dreamers" — some 700,000 people who were brought to the U.S. as children and are now here illegally — is increasingly becoming a test of Democrats' progressive mettle, surpassing health care or taxes as the top year-two priority for the liberal base.

"It needs to be very clear for vulnerable Republicans as well as for Democrats who do not act this week that there will be political consequences," said Cristina Jimenez of the immigrant activist group United We Dream. "The progressive movement who are going to be the boots on the ground for the Democrats to regain power" in November's midterm elections, she added, "are going to hold them accountable if they don't come through."

On Capitol Hill, Democrats are being urged to let federal funding expire unless Republicans and President Donald Trump agree to extend the expiring Deferred Action for Childhood Arrivals program. Protesters have rallied at offices of Senate Democrats, threatened primary foes for those who don't push hard enough for an immigration deal and promised to brand those deemed to have fallen short "the deportation caucus."

That approach undoubtedly comes with risks for the moderates in the party — senators from states won by Trump such as West Virginia, Montana and Indiana. While the tough talk carries weight in some Democratic circles, it's far from clear other voters will look kindly on using federal agencies as leverage in the fight over immigration.

Trump has telegraphed how the GOP would attack Democrats should there be a shutdown this weekend.

"The Democrats want to shut down the government over amnesty for all and border security," Trump tweeted Tuesday. "The biggest loser will be our rapidly rebuilding Military, at a time we need it more than ever."

On Wednesday, ongoing talks over a deal showed no signs of progress. White House Chief of Staff John Kelly met with members of the Congressional Hispanic Caucus and expressed vague optimism about prospects — but attendees said Kelly would not commit to supporting one bipartisan proposal, introduced Tuesday by Rep. Will Hurd, R-Texas, and Rep. Pete Aguilar, D-Calif., which would provide protection for immigrants brought into the U.S. as young people and add resources for border security.

Immigration activists have been gearing up for this fight for months.

Clashes over health care and taxes dominated Trump's initial year in office, even as his administration cracked down on illegal immigration. The administration has given agents leeway to detain and try to deport a wide range of people in the country illegally, from criminals to otherwise law-abiding residents with jobs and U.S.-citizen children.

Those actions did not require congressional approval, and there was limited pressure activists could bring compared to the battle that helped stall repeal of President Barack Obama's health care law.

That changed in September when Trump announced he'd end, effective March 5, Obama's Deferred Action for Childhood Arrivals, which let hundreds of thousands avoid deportation and legally work. Trump tossed the issue to Congress to act before March. That also turned the spotlight on those who have benefited from DACA, men and women who were raised in the United States and are the most sympathetic face of the immigrant rights movement.

The Trump administration was "out in front, advancing their agenda and they were basically getting away with it," said Frank Sharry of America's Voice, an immigrant rights group. "Then they picked a fight with well-organized, American kids. They picked the wrong fight and it's brought attention to all their immigration agenda."

It was during Oval Office negotiations over a potential DACA replacement last week that, in the course of dismissing one deal negotiated by Senate Democrats and Republicans, Trump used a vulgar word to describe African countries and wondered why the U.S. doesn't get more immigrants from places like Norway. That stiffened the resolve of liberal groups to push for a DACA deal this week, at the moment they feel Democrats have maximum leverage.

"Everything we've seen from this administration has been this effort to remove people of color and streamline the process for white people," said Angel Padilla of the anti-Trump group Indivisible. "This week is an opportunity for Congress to reject that racism."

"It's a smart fight," Stewart said. "His biggest promise of the campaign trail was to crack down on illegal immigration and build a border wall. He cannot back down on this."

Still, Republicans fear they may lose their majority in the House of Representatives, where several of their vulnerable members represent diverse districts and support a DACA deal. Immigration advocates are confident popular opinion is on their side — people from heads of companies like Amazon, Apple and Starbucks to TV personality Kim Kardashian have urged a deal.

Todd Schulte of FWD.US, which supports increased immigration, also noted that people previously safe under DACA already are losing protections every day. While the program technically doesn't expire until March 5, roughly 100 immigrants a day who didn't renew their enrollment in time are losing permission to work and protection from being deported. That number will rise to 1,200 a day after March 5.