Zoe Touray called for gun reform and school mental health services alongside others Wednesday on the Michigan Capitol steps as she shared her experience at Oxford High School the day of the shooting last November that killed four of her classmates.

The senior at the school said she fled out a classroom window and held her friend's hand while she texted her mother that she loved her.

“I think about seeing hundreds of familiar faces running beside me running for our lives to Meijer, the grocery store turn sanctuary.” Touray said. “I think about the next day when I got the call that my friend Justin died.”

Ethan Crumbley, 15, is charged with murder, terrorism and other charges stemming from the shooting. His parents face involuntary manslaughter charges, accused of making the gun accessible to their son and failing to intervene after their son showed signs of mental distress and thoughts of violence.

Members from March for Our Lives, a youth-led gun violence prevention organization and other stakeholders in student mental health, spoke about gun violence and called on the Legislature to approve bills for safe storage of firearms and getting at least one mental health professional in every school. The Republican-led Legislature has not held a hearing to take up legislation Democrats introduced to require gun owners to lock up their firearms so minors can't access them. 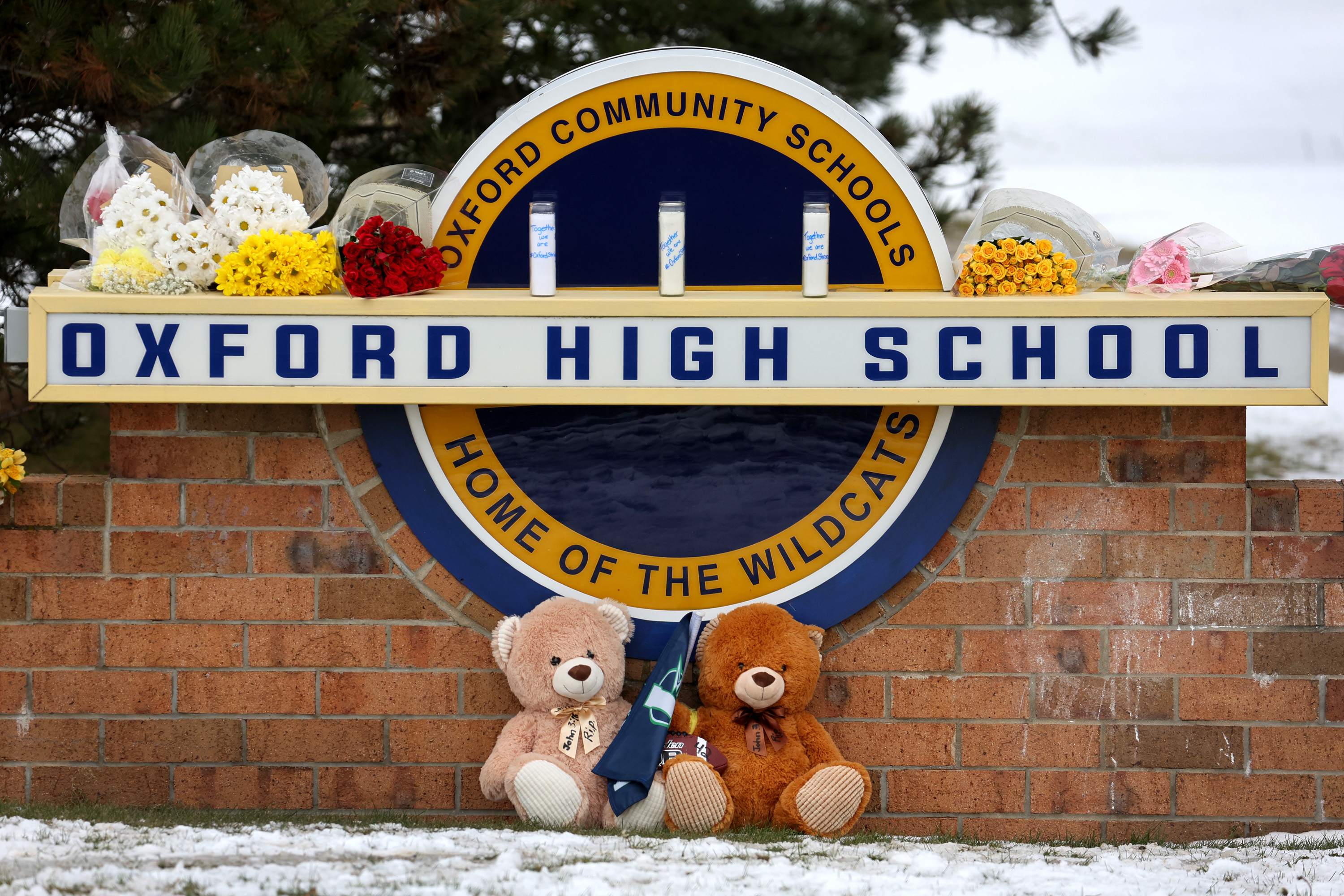 The Director of the Senate Majority Office's Communication Director Matt Sweeney told The Associated Press that though he isn't aware of whether the bills will be taken up in committee, Senate Majority Leader Mike Shirkey met with students from the group on Wednesday and shares their desire to make schools as safe as possible. The chair of the House committee where similar gun storage bills are awaiting hearing did not respond to the AP's request for comment.

Touray said that in the aftermath of the shootings she and other classmates have suffered trauma, with some unable to return to school. She said if lawmakers had acted earlier in the best interest of students, her friends would be celebrating birthdays and graduations instead of “spending every minute being overwhelmed with pain and grief.”

“We need to be proactive, not reactive. Our legislators have the power to save the next school and the lives of countless children,” Touray said. “We deserve to feel safe at school.”

Anna Liz Nichols is a corps member for the Associated Press/Report for America Statehouse News Initiative. Report for America is a nonprofit national service program that places journalists in local newsrooms to report on undercovered issues. Nichols reported from Lansing.