Valieva, who finished fourth in the women's figure skating competition, is currently in the midst of a doping controversy

Thomas Bach, president of the International Olympic Committee, addressed the media Thursday night, calling the response of Kamila Valieva's entourage to her fourth-place finish the night before "chilling." Bach went on to express concerns regarding his observations of Valieva's support system in the moments after her performance.

Bach's statements came as NBC Primetime re-aired the event in which Valieva fell or stumbled at least four times and left the ice visibly upset. She was immediately met by coach Eteri Tutberidze who could be heard asking "Why did you let it go? Why did you stop fighting?”

"You could feel this chilling atmosphere, this distance," Bach said of the interaction.

While Bach did not mention Tutberidze by name, she sits at the center of this case as her training techniques have come under fire in light of Valieva's positive test.

Bach pointed to the body language of Valieva's entourage as a sign of concern, characterizing them as "dismissive gestures." He said his concerns were only confirmed by the comments of silver medalist and teammate of Valieva, Alexandra Trusova.

"I am not happy with the result," Trusova said. "There is no happiness."

Speaking in Russian, Trusova stated she would never skate again.

Bach said Trusova's comments made him fear that his impression of the situation the night before was accurate.

"This does not give me much confidence in the closest entourage of Kamila, neither in regard to what happened in the past, nor as it concerns to the future," Bach said. 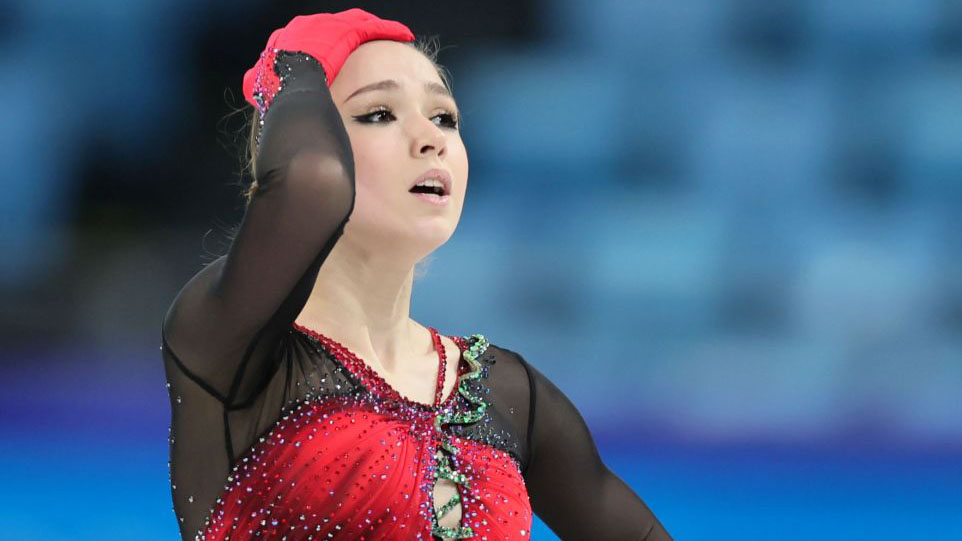 Where does Kamila Valieva Rank Among the Youngest Olympians to Compete? Who Is Eteri Tutberidze? Inside the Life of the ROC Figure Skating Coach

Entering Beijing, the gold medal was considered Valieva's to lose. The 15-year-old competing for the Russian Olympic Committee (ROC) is considered to be one of the greatest figure skaters in recent history. All of that changed midway through the Games when news broke that Valieva tested positive in December for Trimetazidine, a banned substance used to treat heart conditions by increasing blood flow to the heart.

Prior to Friday, the IOC had been relatively quiet on the matter. Their most telling statement up until that point was the announcement that there would not be a medal ceremony should Valieva finish in the top three. This came in response to the Court of Arbitration's decision not to place Valieva under a probationary ban, allowing her to compete.

Bach, a fellow Olympian himself, said the pressure Valieva is under is "unimaginable."