Most of the wailing and gnashing of teeth surrounding the 2020 Patriots' swoon to 7-9 revolved around their punchless offense.

But the Patriots run defense was sneakily horrendous in far too many games last year as well. Which is why the high-upside selection of Alabama defensive tackle Christian Barmore made perfect sense for the Patriots early in the second round.

The addition of Oklahoma defensive end Ronnie Perkins at 96 in the third? That brings more artillery to a pass rush group that saw it’s sack total drop from 47 in 2019 to 24 in 2020.

Drafting Mac Jones at 15 was a move the Patriots kind of had to make. But the next two picks probably made Bill Belichick’s heart a little more full after watching his team get run over, through and around last year.

Alex Hanna, a football coach at Oberlin College, met Bill Belichick at a virtual coaching forum last month. She told us how she got started in football and what it was like meeting Belichick -- who she said responds to emails quicker than she does.

In six games, opposing offenses averaged more than 5 yards per carry against New England. Miami averaged 6 YPC and went for 250 in Week 15. The Niners had 197 when they played New England. Buffalo had 190 on the ground in the first meeting between the teams. It was bad.

So the Patriots went up from 46 to 38 in order to make the 6-5, 310-pound Barmore the first interior defensive lineman off the board in this draft. In Perkins, at 6-3 and 247 pounds, the Patriots have an edge guy who has versatility and flies off the edge.

But the experts also regarded Barmore as the best of the bunch. The reason he slipped to the second round? Questions about his coachability, it seems.

Barmore’s coach at Alabama, Nick Saban, was asked about a “resistance to coaching” and “maturity issues” that an anonymous source said Barmore was prone to.

“We never had any issues here with him at all when it came to structure, whether it was football or academics,’’ Saban told Mary Kay Cabot of cleveland.com. “He always worked hard in the offseason program, and he did whatever everybody told him to do. We were were very structured in regards to academics, and he worked very hard at that. … I never had a problem with him. He’s a good kid.”

Barmore’s far more than just a space-eater. In 2019, lined up as a three-technique DT (the gap between guard and tackle), Barmore had pressures 19% of the time, which was the highest percentage by far according to @ESPNStatsInfo. He had eight sacks in 2020. Those numbers indicate Barmore will help offset the free agent loss of Adam Butler, a tremendously effective interior pass rusher who signed with Miami in free agency.

As for Perkins, he’s a 6-3, 247-pound 3-4 outside linebacker. He had 11.5 sacks and 24 tackles for loss over the past two years. over his last two seasons. He was also suspended for Oklahoma's CFP game two seasons ago and 5 games last year.

Curran: Mac Jones was exactly what the Patriots needed

Between Barmore, the free agent pickups of Henry Anderson and Davon Godchaux and the re-signings of Lawrence Guy and Deatrich Wise, the Patriots front is better than it was in 2020, when it lost Danny Shelton in free agency and got nothing from free agent pickup Beau Allen who was injured all season.

That group will keep heat off a linebacker group that’s improved as well by the returns of Kyle Van Noy and Donta Hightower and the addition of Matthew Judon. And Perkins will probably start as a situational pass-rusher with Chase Winovich while 2020 high-upside draftees Josh Uche and Anfernee Jennings make the Patriots front-seven one that will – at least on paper – make offensive coordinators sweat a lot more than they did last year. 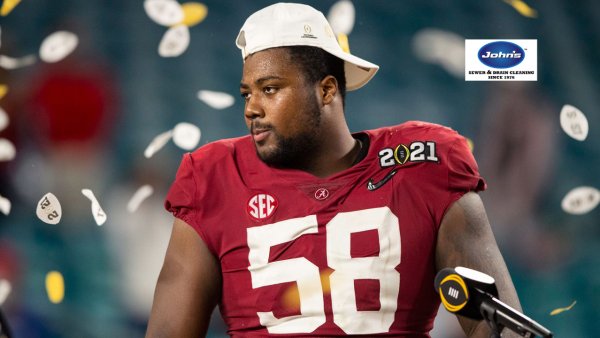 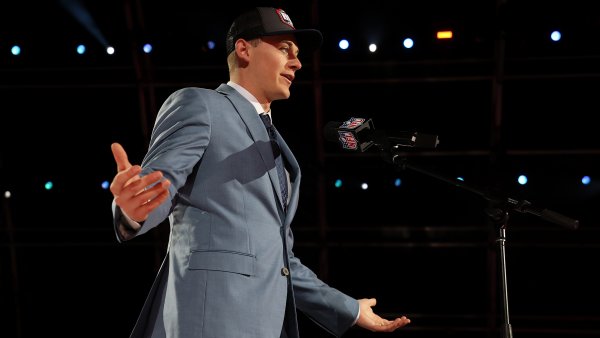 Patriots' First-Round Pick of Mac Jones Gets an A