Curran: Cam needs to be a part of Pats' 2021 plans originally appeared on NBC Sports Boston

Cam Newton’s on a hot streak. 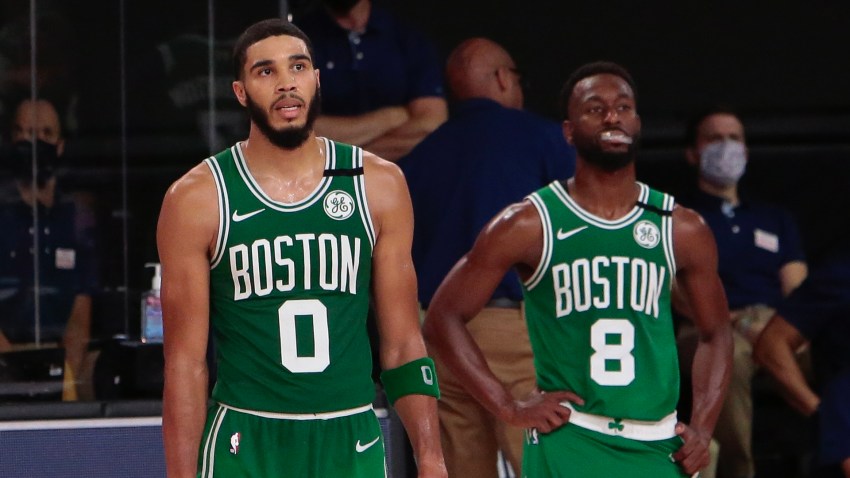 While he did have a significant fumble which blew the comeback bid against the Bills, he hasn’t thrown a pick after absolutely GORGING on turnovers for the few games prior. And it’s worth noting he DID get the ball in position for a game-winning field goal against the Jets.

So we’re just gonna pretend that the Raiders, Broncos and Niners games didn’t happen and Cam’s the answer?

No, you reductive individual. The upshot of what he’s done the past two games is the improvement. He’s showing that his engaging, “Blame it on me…” media appearances aren’t just lip service.

If this were a normal year and Newton came into the organization in March, he’d be seven months in. He’d have OTAs, passing camps, minicamps, training camp, joint practices and preseason games under his belt. He’s got none of that.

When Newton came tearing out of the gates, ran all over the Dolphins and threw all over the Seahawks, the unanimous opinion was that he’d shown he was still a franchise quarterback.

Plenty of people said it was a good idea to start extension talks right away. I wasn’t one of them. It was too early to talk that way. What if he got hurt or leveled off? But I did think – with the cap space available – a little salary bump would be nice if he kept it up.

He didn’t keep it up. He played C-minus football against the Raiders. He contracted COVID and missed the Chiefs game then played awful against Denver and San Francisco.

But now that we’ve seen Good Cam, Bad Cam and Getting Better Cam, we can have a more logical discussion about how the Patriots could and should proceed.

What's the plan at quarterback for the Patriots?

They only have eight games of Cam Newton remaining. Will they want to keep the process going in 2021?

They should. But the two biggest factors are Cam’s cost and the Patriots’ vision for the position.

Unless things change drastically (and with the cast of offensive weaponry around him, they won’t), Newton will not command elite quarterback money.

No matter how many “Yeah, buts …” he can offer about how undermanned the Patriots offense was in 2020, if he has a season with seven touchdown passes and 11 picks, he’s not getting a $20M per season deal and he’s probably not getting more than a one-year deal.

Something that falls between the productive starters and the first-contract starters would make sense – so around $12M to $15M.

That’s a lot for a guy who can’t throw …

Well, he’s also a guy who's much more than a thrower and – if you’re the Patriots – you may need that dual-threat going forward because of the ongoing sadness of the skill-position players.

Candid Cam-era
Despite only throwing two touchdowns in seven games, Cam Newton is completing a career-high 68.1 percent of his passes this season.
68.1
Variation
Single

Plus, you just got him for a $1M salary and then put everything on his shoulders. Even if the cap falls down to $175M, lowballing the hell out of Newton while expecting him to do everything is the kind of misstep that eventually sent Brady out of town.

Which brings us now to the Patriots' plan for the most important position in sports.

Since trading Jimmy Garoppolo in November 2017, it seems their plan at quarterback has been, “We’ll see…”. That or whatever word is the opposite of “proactive” would fit.

After browsing all the quarterbacks in the 2018 draft – including Lamar Jackson who went 32nd after the Patriots took Sony Michel at 31 - they decided to spend a seventh-rounder on Danny Etling.

In the 2019 draft, they spent a fourth-rounder on Jarrett Stidham. This year, their decision to pass on all quarterbacks in April’s draft hinted that they believed Stidham had enough upside to put their chips on.

They hedged their bet by bringing in Newton. Good hedge. Stidham didn’t make it through a week of training camp before being soundly beaten out by Newton. Every opportunity he’s had since has been a mixed bag of “Pretty OK” and “WTF was he thinking.”

As it stands now, Stidham is not The Guy. Who is?

Is it someone high in the draft? That’s a wild proposition to entertain – wait until April, take some kid you can barely scout in person because of COVID, hand him the keys and introduce him to his only experienced tight end, Ryan Izzo.

Is it someone else’s castoff – Ryan Fitzpatrick or Mitch Trubisky, Tyrod Taylor or Matt Schaub – who battles it out with Stiddy and the boys?

Cassel: Where has Jakobi Meyers been & why is he succeeding?

Newton – for all his cringe-inducing plays – has been a godsend for the Patriots this season. The fact that he’s still improving, is easy to work with and is a positive leader on a team that’s going to need one makes me believe that godsend shouldn’t be sent away after this year.