Tomase's 10 early Red Sox observations: Suzuki the one who got away? originally appeared on NBC Sports Boston

Former Red Sox executive Dave Dombrowski likes to wait 40 games before evaluating his team, figuring it takes about a quarter of a season to ascertain which areas need improvement.

We operate under no such limitations, however, which means now is a good time to offer 10 observations on the 5-5 Red Sox.

The Red Sox have scored 45 runs and surrendered 43, which actually makes them one of only two teams in the division with a positive run differential.

Outside of the 3-7 Orioles, everyone is bunched up between the 6-4 Blue Jays and the 5-6 Rays. The Red Sox are right where they ought to be. 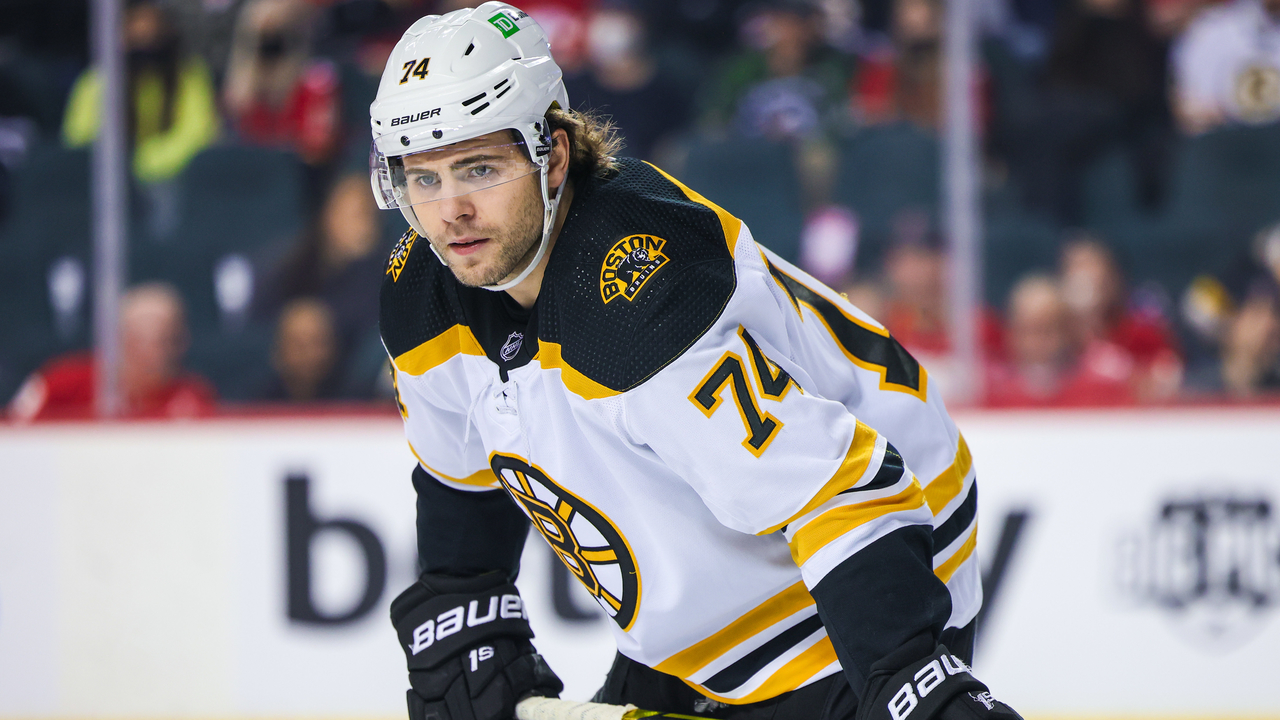 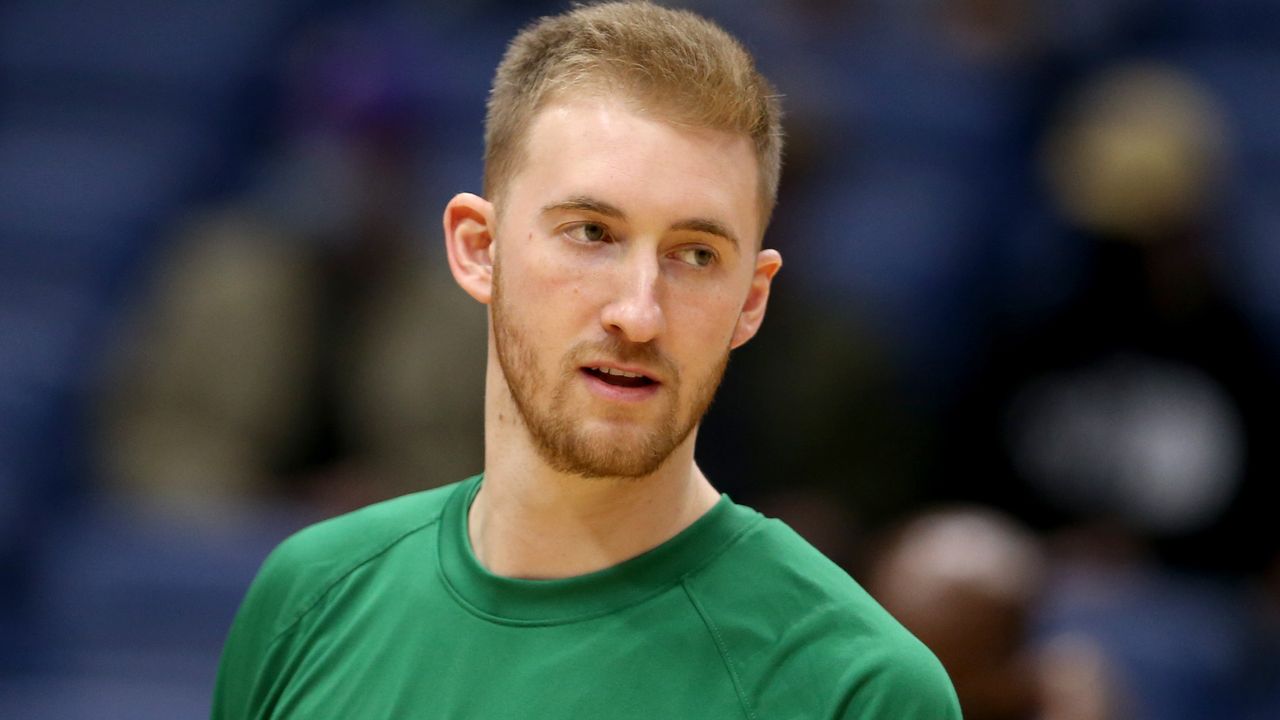 2. A tale of two bullpens

Manager Alex Cora has basically two choices on a given day -- utilize his four trusted relievers and go for a win, or turn to everyone else and hope the game stays close enough for the offense to slug its way to victory.

When the Red Sox have a late lead, Cora's job is easy: hand the ball to Garrett Whitlock and watch him finish it himself, or mix and match with right-hander Hansel Robles and left-handers Jake Diekman and Matt Strahm, a trio that has combined to allow one earned run in 11 innings.

If he's trailing by even just a couple of runs, however, his options become wobbly, whether it's Kutter Crawford, Ryan Brasier, Hirokazu Sawamura, or Austin Davis.

A perfect example came on Patriots' Day. Trailing 4-2 in the seventh after 1.1 shutout innings from long man Phillips Valdez (who's making a bid to join Group A), Cora summoned Crawford. The rookie imploded, allowing four runs on two hits and an unsightly five walks. The Red Sox lost 8-3.

Expect more of that until someone steps up, or reinforcements arrive from the minors.

The Red Sox offense might be even more threadbare than the bullpen. Outside of Rafael Devers, Xander Bogaerts, and Alex Verdugo, the Red Sox aren't seeing much in the way of production.

That trio has accounted for nearly half (38) of the team's 80 hits. Disappointments dot the lineup. J.D. Martinez has been a .250 hitter since last June 1. Kiké Hernández is down to .163 pm the season after Monday's 0 for 5 with three Ks. Trevor Story has hit maybe two balls hard. Christian Vazquez, Bobby Dalbec and Christian Arroyo are batting a combined .183.

The cold, raw weather hasn't helped, and it's hard to imagine offense will be a long-term problem, but for now it hasn't been nearly good enough.

Hernández was a force last October and will not end the season batting .163, but he's never been a perfect fit for the leadoff spot. With a lifetime on base percentage of just .317, he's not your prototypical on-base machine, though he worked hard in this area last year en route to a career-high 61 walks.

A straight swap of Hernández and Story between the first and sixth spots could be a consideration if the offense continues to scuffle.

Cora wants a right-hander hitting leadoff so that the left-handed Devers can remain in the two-hole. If that's his criteria, then it might be worth elevating Story, who's used to batting atop the order from his years hitting second with the Rockies, and also boasts 30-steal potential that could play in the leadoff spot.

Until last year, Hernández had spent the bulk of his career in the lower third of the order with the Dodgers. A straight swap of Hernández and Story between the first and sixth spots could be a consideration if the offense continues to scuffle.

The massive ovation he received on opening day suggests that Red Sox fans haven't fallen out of love with Jackie Bradley Jr., and he's rewarding their faith with improved at-bats.

Since starting the season 0 for 11, Bradley is 6 for 15 with four doubles and an opportunistic bunt single vs. the shift. He's only hitting .231, but his .718 OPS ranks fifth on the roster, and he's authored some of the lineup's best at-bats in recent days.

Who knows how long it will last, but he already looks like he won't be repeating last year's .163.

Before we jump to any conclusions based on 10 days, it's worth noting that Alex Verdugo similarly outperformed Mookie Betts at the start of last season before finishing with clearly inferior numbers.

Betts, meanwhile, is scuffling along at .189 for the rampaging Dodgers, who have won seven in a row. We're nearing the point where Verdugo is effectively going to be the return for Betts, since prospects Connor Wong and Jeter Downs look second-tier, at best.

Is that enough for a former MVP? If Verdugo makes an All-Star team and Betts continues to scuffle, it just might be.

When news leaked about a four-year, $90 million lowball offer the Red Sox reportedly made to Bogaerts before the season, it offered context to why he seemed so depressed in Yankee Stadium on the eve of opening day.

But just as he proved after he signed his original six-year, $120 million deal by delivering the best season of his career in 2019, Bogaerts remains too much of a pro to let his contract impact his performance.

With three more hits on Monday, he's now batting .333 as one of the few reliable bats in the lineup, and there's no reason to expect that will change, even if this ends up being his last season in Boston.

The Red Sox were linked to Japanese slugger Seiya Suzuki all winter, but he ultimately chose the Cubs for five years and $85 million. It already looks like money well spent. Suzuki has opened his career on a nine-game hitting streak, batting .429 with four homers and a 1.493 OPS.

My name is Seiya Suzuki. Nice to meet you. pic.twitter.com/jxjdS2faXm

With the Red Sox in need of a right-handed hitting right fielder, the 27-year-old Suzuki would've been a perfect fit at reasonable money. Whether he would've considered a similar deal from Boston when he had a stated preference to spend spring training in Arizona is a fair question, but he sure looks like a player the Red Sox should've extended themselves to acquire.

There's a reason the Red Sox inquired on Gold Glove catcher Jacob Stallings before he was traded to the Marlins this winter, and it's because Vazquez took a step back in every facet of his game last year.

He hit his first homer on Monday, but his solo shot came after he had missed a golden opportunity to fuel an earlier rally when he grounded a center-cut fastball to short. He's hitting .208 and deserves as much heat as folks entered the season directing at Bradley.

10. We didn't even mention Matt Barnes

Eight entries after dissecting the bullpen, a realization -- the team's erstwhile closer didn't even earn a citation. That's because it's hard to tell what to make of him right now.

He's still pitching in lower-leverage situations, and his fastball, while better than spring training's 91-93, remains at about 94 mph, down from his 2019 average of nearly 97 mph or even last year's 95.8.

In a perfect world, Barnes would close and Robles-Diekman-Strahm would comprise an excellent setup corps, but we're just not there yet.