Perry's Report Card: The good and bad with the Pats through four weeks originally appeared on NBC Sports Boston

We're just over a month into the season and the Patriots have already had their bye week. 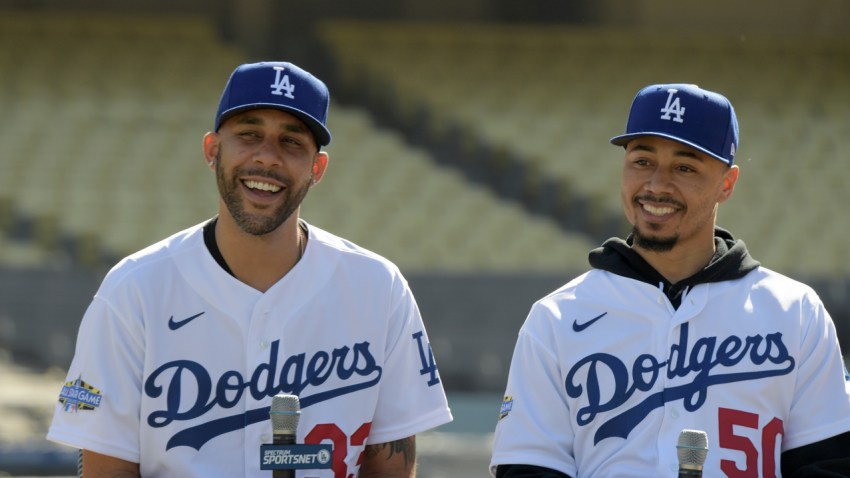 They just didn't know it at the time.

Why? In order to try to figure out what they may do to improve that which is not good -- a trade, perhaps? -- and what they may try to use more frequently because it works.

Their running game has been tremendous, which you already knew. They're second in the league in rush yards per game and fourth in the NFL in rush yards per attempt. What is it specifically, you might be wondering?

Power -- pulling athletic guards like Joe Thuney, Shaq Mason and Mike Onwenu -- remains a staple with good reason. Thuney and Onwenu have been two of the best players on the team through four weeks.

Their crack-toss game has taken off, especially over the course of the last two weeks. Most of what follows fullback Jakob Johnson has yielded results. Their end-arounds continue to pay dividends as sprinkles of gadgetry.

The read option with Cam Newton has cooled off since roaring out of the gates in Week 1, but there are so many off-shoots -- triple option plays, reverses, throwback screens -- from the action that starts the play that it should be expanded upon before it's abandoned in favor of less deceptive quarterback run plays like quarterback power and draw plays.

Wide zone runs haven't led to much in the way of explosive offense just yet. They've still had roll-out opportunities in the play-action game off of those types of zone fakes, but there's probably room to expand there if they can better secure the edge on those types of calls.

The straight drop-back passing game, without play-action, obviously suffered in Kansas City. But Newton's accuracy was off against the Raiders in Week 3 and they only attempted 19 throws in Week 1. There's still more to draw from that portion of the Patriots playbook, and Week 2 in Seattle was proof of that.

The Patriots will continue to rely on their depth at running back and their strength along the offensive line -- the top-performing position on the roster to this point -- so we'll see more ground-and-pound in Week 6 and beyond. Newton will certainly factor into the run game himself in a huge way once he's cleared to return.

Defensively, the Patriots remain one of the better units in the league (11th in points allowed). They have loads of talent at corner and safety to go along with the experience that allows them to change schemes on the fly.

Patriots Talk Podcast: Patriots take their health and wellness into their own hands | Listen & subscribe | Watch on YouTube

They are, however, using a safety (Adrian Phillips) as a linebacker on a weekly basis and could run into trouble against some of the run-heavy teams on the schedule if they can't get their two Day 2-of-the-draft rookies on the field. Plus they may need to have an alternative plan ready to go for talented tight ends. They have a bunch still remaining on the schedule, and when they play man-to-man on third down, they've turned to a couple of their greener options -- Joejuan Williams and Kyle Dugger -- with varied results.

We'll see if the Patriots have any clear-cut changes ready to go for the Broncos on Sunday now that their bye week is, unexpectedly, in the rear view.

But until then, let's hand out some grades at the quarter pole of this funky 2020 season.

An "F" in Week 4 didn't help this mark. Cam Newton's performances have been better, of course, coming home with a straight "B" average over his three games. If he can find a happy medium between his otherworldly passing in Week 2 and his turnover-worthy-throw-happy Week 2, he'll turn in grades that hover around that mark or better the rest of the way. His rushing ability provides him a floor where, if healthy, he'll give the Patriots above-average contributions.

Things are looking up for this group after a rough showing in Week 2. It was Ivan Fears' unit that carried the running game in Week 3, not Newton, and chipped in over 200 yards on a day when the passing game struggled. Another strong night in Kansas City has them trending as one of the best running back corps in the NFL.

And consider this: Good as they've been, they should get better. Damien Harris is healthy and, after just one game, looks like he'll provide the first-and-second-down offense more juice than Sony Michel (now on injured reserve) did. Meanwhile James White -- whose 6.8 yards per reception is the lowest mark of his career since his rookie season -- could heat up soon to give this unit a little something more in the passing game.

Whereas the backs are trending one way, the receiver group appears headed in the opposite direction. Julian Edelman's health is a concern. He helped carry this group to an "A-" grade in Week 2, and one has to wonder whether this unit will have that kind of performance in them again this season. While not impossible, it's hard to envision Edelman suddenly getting healthier.

If the Patriots needed anyone to benefit from the time off provided by a surprise bye (other than those with COVID) it was Edelman, whose knee clearly hampered him in Kansas City. Getting more out of N'Keal Harry has to be a priority as well. At the moment, he's 65th in the NFL in yards per route run (1.46) and 64th out of 71 receivers with at least 20 targets in yards per reception (9.2).

Feel high to you? This unit actually did enough to pull down a "B" in Week 1 -- remember Ryan Izzo's explosive 26-yard catch over the middle, or how about Jakob Johnson's work as a lead-blocker? -- which helps buoy this mark. They need more here, though.

While Damien Harris chugged for 41 yards in one crack against the Chiefs running through a lane Izzo helped create, running behind Izzo hasn't yielded much overall. He's the NFL's 72nd-ranked run-blocker, per Pro Football Focus. Small sample! George Kittle, one of the best blocking tight ends in football, is 71st. But maybe the Patriots will give rookie Devin Asiasi more work moving forward as both a blocker and receiver because they could use an upgrade. Might as well see if the rookie, who saw just eight snaps last week, can provide a boost before the trade deadline arrives.

Not only has this group been effective in leading one of the best running attacks in football, they've done it despite myriad changes. David Andrews has had to miss time, ceding the center position to Joe Thuney and then James Ferentz (who wasn't on a roster in training camp, by the way).

When Thuney moved, that opened up a spot for Mike Onwenu to start at left guard. He was phenomenal, as he's been wherever he's played this year -- jumbo tight end, right guard, right tackle. Isaiah Wynn has also quietly been one of the best players on the team. Of players with at least 140 pass-blocking snaps this year, only Denver's Garrett Bolles and Philly's Lane Johnson have allowed fewer pressures (3) than Wynn (4), and Wynn still has yet to allow a sack.

Jake Bailey is a "weapon." Bill Belichick was right about that last week following Bailey's performance in Kansas City. The Patriots have a 46.7 net punt average, which is second in the NFL. His 30 percent return percentage is sixth in the NFL among punters with at least 10 punts. Bailey and the Patriots punt unit are doing what they can.

Belichick says Pats are 'on track' to play vs. Broncos Sunday

The numbers aren't abominable. But neither is this grade. They're allowing 4.4 yards per carry this season, which plops them just below the middle of the NFL when it comes to that statistic. Their run defense is 19th in the league, according to Football Outsiders' DVOA metric. This position group -- which includes Lawrence Guy, Deatrich Wise, Adam Butler and Byron Cowart -- isn't solely responsible for those numbers, but they're lacking in size and have been moved off the ball at times, particularly in Seattle.

As pass-rushers, they've been solid. Wise is second on the team in pressures (8) and Guy is third (6). Getting Beau Allen into the mix would be beneficial since he'd add some depth in terms of their overall numbers and some much-needed individual bulk.

Maybe it should come as no surprise, but the Patriots defense -- while not on pace to set records -- is still very effective situationally. On third down, they're the sixth-best defense in the league.

That's thanks in part to the work of their outside linebackers. Chase Winovich has been a revelation after serving primarily as a sub rusher last season. He's been their defensive MVP for his ability to get after quarterbacks (15 pressures). Shilique Calhoun has also showed up with several big plays in each of the last two weeks. And Derek Rivers (five pressures in 36 pass-rush snaps) seems to be getting his feet under him nicely.

This unit has gotten very little from rookies Anfernee Jennings (25 snaps) and Josh Uche (on injured reserve), and Ja'Whaun Bentley has had his ups and downs. But this group has been solid if not spectacular and so they take home a four-week grade that could be described similarly.

This group would have a better grade if not for the Week 2 torching they experienced at the hands of the best quarterback in the NFL. Against Russell Wilson, there was no plan -- perhaps other than keeping Wilson in the pocket more consistently, a sin for which the secondary can't be blamed -- to stop some of the wizardry he put on display on Sunday Night Football.

They had a plan for Patrick Mahomes, meanwhile, and forced him to struggle in what might've been his worst game as a pro. That earned this unit an "A-" that would've been an "A" had it not been for a couple of dropped interceptions. What Adrian Phillips did as a linebacker in the middle of the field to disrupt crossing routes was particularly valuable and put on display his rare versatility. We try not to grade on a curve here, but maybe expectations for this unit -- one of the best in football --  have crept into the process and harmed this mark a tad.

Penalties have, too. The Patriots haven't been a highly-penalized team, but Stephon Gilmore has had three while Joejuan Williams picked up two against the Raiders -- all of them costly. Expect this grade to improve as young players gain experience, new players become more comfortable, and as the quarterbacks on the schedule get easier to defend.