It's not exactly Tom Brady returning to Foxboro, but Jimmy Garoppolo's homecoming is intriguing in its own right

While the most prominent former Patriots quarterback still in the NFL isn't scheduled to visit Gillette Stadium until next fall, another jilted ex is on his way to Foxboro Sunday.

Jimmy Garoppolo and the reigning NFC champion San Francisco 49ers are coming to town, the quarterback's first appearance in New England since the Oct. 31, 2017 deal that sent him across the country for a measly second-round pick which has since been traded seven ways to Sunday.

No, it's not as tantalizing as Brady's eventual return, but Garoppolo's homecoming arrives both as New England's season is at a most critical juncture and its succession plan for the G.O.A.T. arrives at a crossroads.

The Patriots are 2-3 -- under .500 in October for the first time since 2002 -- and in serious risk of letting the AFC East slip away from their control.

Given that the team is having a normal (by 2020 standards) week of practice for the first time since early October, there's every reason to be hopeful the Patriots can avoid a clunker similar to the one from last Sunday against the Broncos. Doesn't hurt that key offensive linemen David Andrews and Shaq Mason are expected to return, either.

With said offensive line at full strength, or at least close to it, there's precious little room for excuses for Cam Newton to turn in what would be a third consecutive underwhelming performance after his first two starts had the deepest parts of your subconscious wondering, "Brady who?" 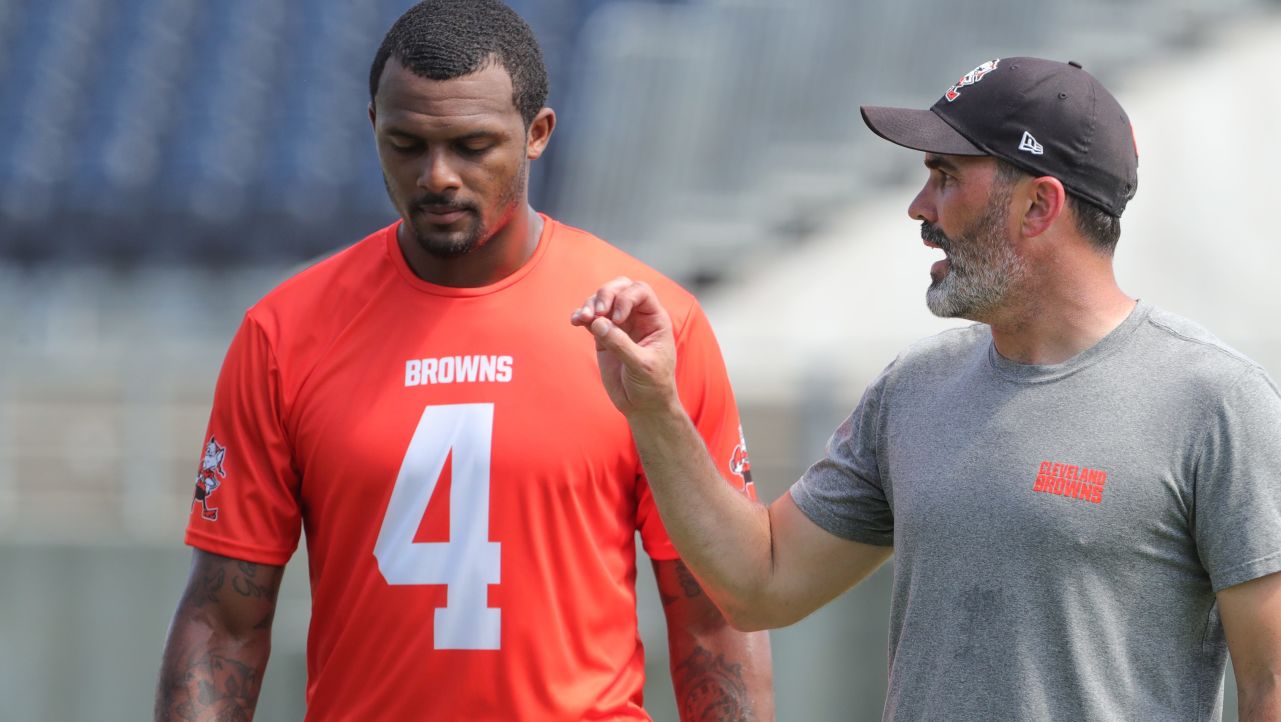 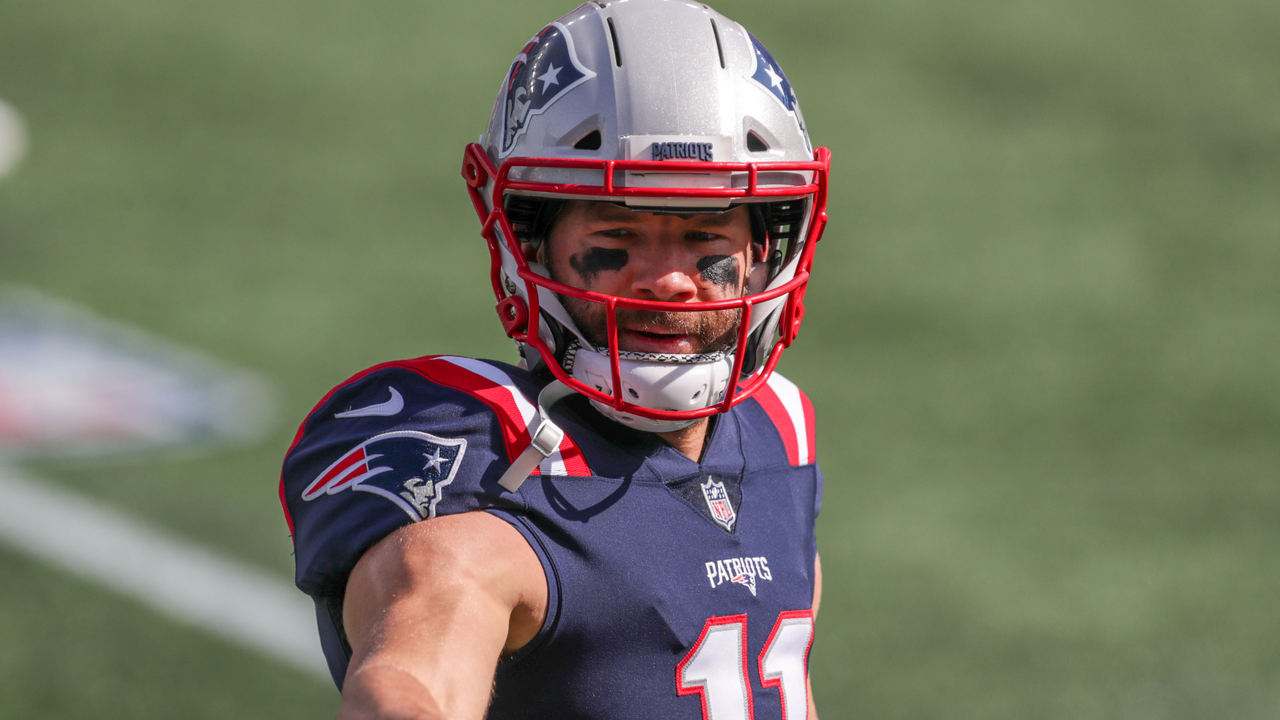 "I just haven't been good," Newton admitted Thursday. "I haven't matched enough good plays together for my liking. That's what it comes down to. When I mean 'good plays', I mean right reads, I mean ball positioning, I mean making guys miss. The whole gamut of how I play."

Garoppolo represents a third, or perhaps fourth if you include Jarrett Stidham, alternate reality for what the Patriots could have looked like in 2020. In this timeline, however, you'd also be looking at a completely different chain of events in 2018 and 2019, too.

New England pulled the trigger on a Garoppolo decision before it had to at the trade deadline in 2017. In the process, the team reset its post-Brady timeline and won Super Bowl LIII and started out 8-0 in defense before stumbling to a wild-card weekend elimination. The give for two extra years of Brady was ultimately being caught unprepared when the six-time Super Bowl winner bolted for Tampa Bay in March.

In many ways, Newton represented the best-case scenario as a replacement for Brady: a former league MVP with an already established pedigree who didn't have to fear stepping into Brady's shadow, yet a player who still had much to prove.

The Patriots-Chiefs game that was originally scheduled for 4:25 p.m. Sunday will now be played Monday at 7:05 p.m., the NFL announced.

Still, make no mistake: With Garoppolo in town Sunday, off to a better start than Newton in virtually every passing-related category in 2020, questions of "what if?" will be completely warranted.

"I think we all know Jimmy’s a quality player and can do all the things that a good quarterback needs to do," Bill Belichick said earlier this week. "We saw a little bit of him at the end of the year last year in preparation for this game and of course the 2020 games that he’s played in, so I don’t think there’s any question about his skill level and what he’s been able to accomplish and what their team’s been able to accomplish."

Garoppolo has one abomination of a start against the Dolphins (7 for 17, two picks, 15.7 passer rating) mixed in with three outings this season with a passer rating of 103 or better this year.

As is often the case, the numbers don't tell the whole story. Garoppolo has again battled injuries, just as he did as Brady's fill-in during his DeflateGate suspension in 2016 and just as he did in his first full San Fran season in 2018. After his latest absences in Weeks 3 and 4, Garoppolo will turn 30 next season having just one season with 16 starts under his belt.

Newton, too, hasn't been a beacon of health of late, and that's before you get into his COVID-related absence. It's among the many areas where quarterbacks can't stand up to Brady: his trademark durability, having missed action due to injury in only one of his 21 seasons to date.

Had this been a normal off-season, it's entirely possible Newton wouldn't have even been available in late June for the Patriots to scoop up. But if we're playing hypotheticals, imagine if Brady's original goal of playing for the 49ers had come to fruition?

There's virtually no scenario in which Brady was ever returning to the Patriots in 2020, but the Brady-to-San Francisco universe could have set the wheels in motion for a Garoppolo return.

Imagine that? Let's almost be glad that didn't happen, given that Brady-Garoppolo deserves to be played in front of 68,000 fans on Sunday Night Football, and that wasn't happening amid the pandemic.

The door can't be completely slammed shut on a Garoppolo reunion next year, for several reasons, but that would be a turbulent road to go down, a path fraught with far greater risks than how the Patriots wound up with Newton.

Two things would certainly have to happen in order for Garoppolo to become a Patriot once again in 2021: New England would have to miss the postseason, as would San Francisco. If Sunday's game against Denver was a sign of things to come, you can be sure the Patriots will be in search of a new quarterback at the end of the season.

From a 49ers perspective, the only reasons to part with a quarterback who did, after all, have the lead in the fourth quarter of Super Bowl LIV in February would be based on performance or injury. Moving on from Garoppolo would cost the 49ers less than $3 million against the cap in 2021, nearly all of the guaranteed money on his five-year, $137.5 million contract due by the end of this season.

Suffice to say, Garoppolo only becomes available if he regresses as a passer. If things don't work out with Newton, would you really want the Patriots shooting for the moon two off-seasons in a row at quarterback?

Garoppolo showed, however briefly in 2016, comfort and control in New England's system. Of course, he did so with an arsenal that included Rob Gronkowski, Danny Amendola and a still-in-his-prime Julian Edelman. He'd be back in Foxboro with an entirely different cast, maybe even without offensive coordinator Josh McDaniels should he finally give head coaching another shot.

Under the NFL's current scheduling template, Garoppolo wouldn't be due back in Foxboro again after Sunday with the 49ers until 2028. If he returns before then, something will have gone south in San Francisco.

If he returns in a Patriots uniform, it'll be due to lost seasons for both New England and the Niners in 2020. The upside is still too great with Newton to be rooting for such a scenario.

The needle to thread is far too thin where both the Patriots and 49ers can be successful in 2020 and Garoppolo still winds up back in New England and it would actually be a good thing.

When it comes to Jimmy G, there's just as many 'what ifs' looking ahead as there are in the past. Take the extra Super Bowl with Brady, take the potential of Newton's redemption tour, and if that doesn't work out, take a look at the quarterback class for the 2021 NFL Draft. Stidham ain't it, either.

Many players have flown Foxboro and come back just as strong, if not stronger, their second time around -- Deion Branch, Patrick Chung and LeGarrette Blount among the most notable. No need for all parties involved to hope Garoppolo attempts to join them.