Was Sunday the Patriots' Worst Regular Season Loss Ever?

With a little less than 24 hours to digest Sunday’s 27-24 setback to the Miami Dolphins at Gillette Stadium and a chance to see things more clearly, it’s still evident just how damaging the loss was.

The Patriots haven’t had to suffer the ignominy of playing in the postseason without a bye in a decade. What is this wild-card weekend you speak of? Are we still eligible to win the Super Bowl even?

New England’s fall from grace since an 8-0 start to the season is mystifying. Even the 2011 Red Sox, who went 7-20 in September to miss the playoffs, are impressed.

Everything was perfectly positioned for the Patriots to do what they always do: get rolling over the final few weeks of the regular season, earn the bye and take it from there. Instead, despite a 12-4 record, the Super Bowl feels like a fantasy right now.

New England was 17.5 point favorites over Miami, which had been 4-11. The Patriots won at Hard Rock Stadium, 43-0, in Week 2 this season, which feels like a century ago at this point. Losing outright as a 17.5 point favorite is far and away the largest such spread of the Tom Brady-Bill Belichick era.

We won’t know the full grasp of just how catastrophic Sunday’s loss to the Dolphins was until the postseason is over and if it leads to some significant changes to the DNA of the Patriots, but it’s not hyperbolic to say that it may have been the worst loss in the regular season under Belichick.

While we wait and see if New England can flip a switch in January -- it would undoubtedly be its finest achievement of the century if it can -- here are five other crushing losses in the regular season under Belichick and Brady to consider as maybe, just maybe, being worse than Sunday. 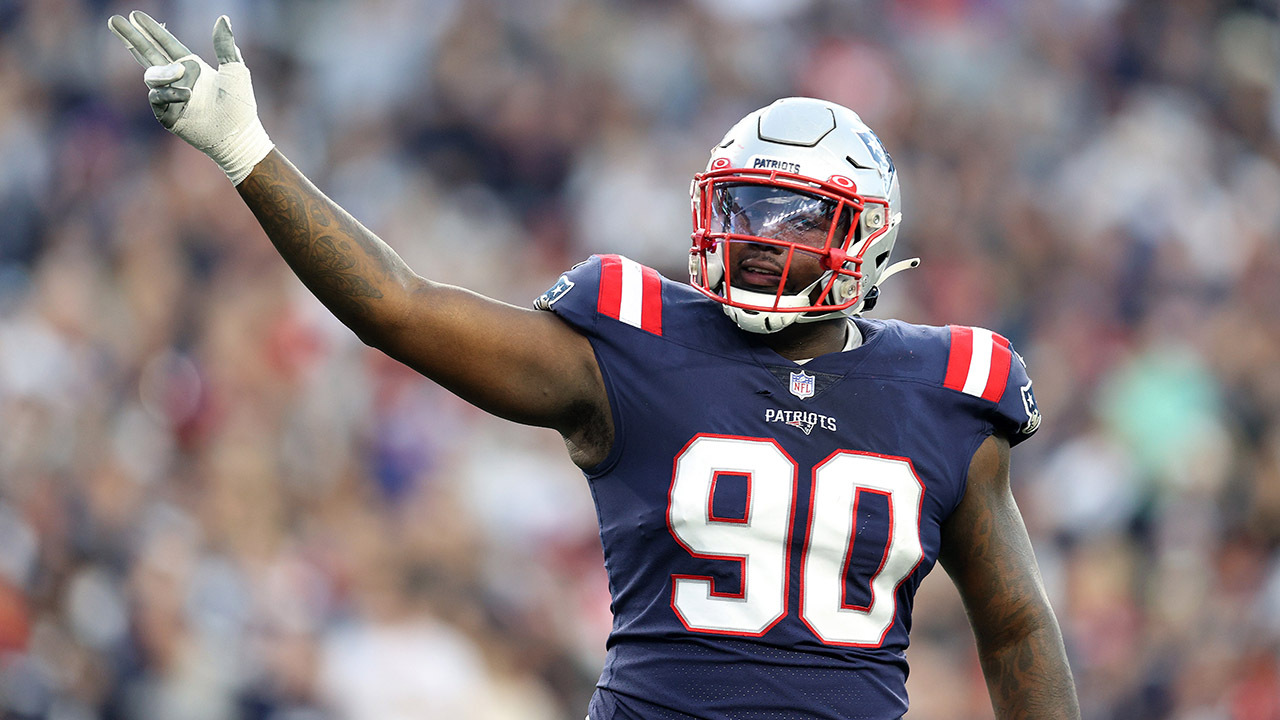 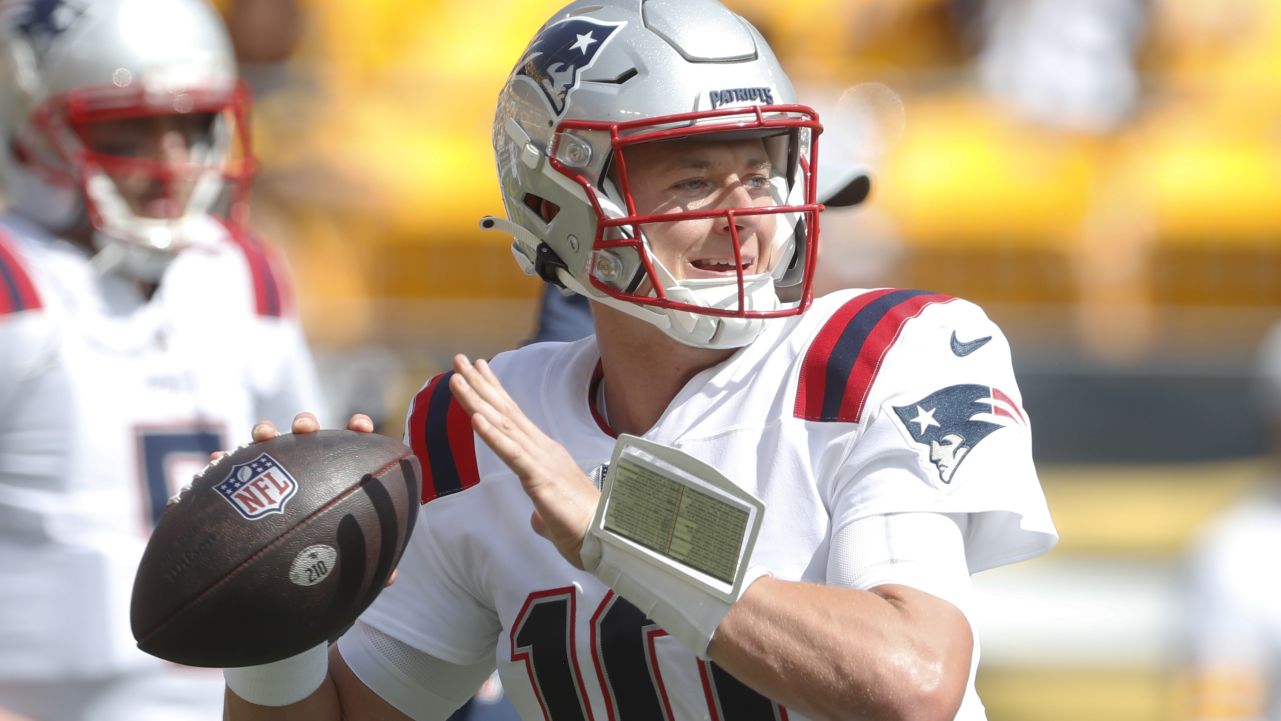 Unlike this past Sunday against the Dolphins, New England had already clinched a first-round bye. In order to get the No. 1 overall seed, though, the Patriots needed not only to win, but for the Broncos to lose their game against the Chargers at Mile High Stadium.

While Denver wound up winning against San Diego, 27-20, the game didn’t begin until the 4 p.m. window on Sunday afternoon. The Patriots faced off against the Dolphins at 1 p.m. on South Beach, meaning they could have at least put more pressure on the Peyton Manning-led Broncos to win -- and we know how that’s worked out in the past.

Instead, Belichick seemed resigned to the fact that the Patriots were going to have to settle for the No. 2 seed despite starting out 10-0. The first 19 plays New England ran on offense -- 16 of which were runs -- put the ball in the hands of the ancient Steven Jackson or novelty Brandon Bolden. Brady attempted only 21 passes -- Jimmy Garoppolo got some playing time, too -- and the Patriots fell, 20-10, despite being 9-point favorites.

New England would defeat Kansas City at home in the divisional round before losing in Denver in the AFC Championship Game. As of now, that game marks the last time the Patriots didn’t end their season at the Super Bowl.

Of the 30 starting quarterbacks the Browns have had since reentering the NFL in 1999, Colt McCoy has made the fourth-most starts, with 21. He was under center for Cleveland on this bleak Sunday, but the story of the game was future Madden coverboy Peyton Hillis.

Originally drafted in the seventh round as a fullback in 2008 by the Broncos, Hillis reached the apex of his career in a 34-14 win for the Browns, who were 2-5 entering the game, over the Patriots, who had been 6-1. New England, which boasted Vince Wilfork, Jerod Mayo and Brandon Spikes in the middle of its defense, allowed Hillis to rush for a career-high 184 yards and two touchdowns in the win. Cleveland had been 4-point underdogs.

This would be the final game the Patriots (14-2) would lose until the divisional round at home against the Jets, a loss which, as of now, marks the last time the Patriots haven’t been to at least the AFC Championship Game.

It’s not that the Giants were a bad team in 2011 -- they did, after all, win the Super Bowl -- but this game was about more than that.

This game was about pride, exacting the ever so slightest modicum of revenge for what transpired the last time the teams had met.

Many of the faces were different, but the principals remained from Super Bowl XLII, when the Giants ended the Patriots’ quest for perfection. When Eli Manning, Tom Coughlin, Justin Tuck and Brandon Jacobs came to Foxboro in the middle of the 2011 season, New England was still searching for its first postseason win since 2007, too.

The rematch began as a slog with a scoreless first half before the offenses shifted into gear. Just like in Super Bowl XLII, Brady led the Patriots on a scoring drive late in the fourth quarter to reclaim the lead on a 14-yard pass to Rob Gronkowski with 1:36 remaining.

Just like in Super Bowl XLII, Eli landed a knockout counterpunch. While David Tyree and Rodney Harrison were nowhere to be found, the Giants took the lead on the Patriots with 0:15 on the clock on a 1-yard pass from Manning to Jake Ballard.

New England, which had been 9-point favorites, fell to 5-3, but wouldn’t lose again until Super Bowl XLVI to who else but the New York Football Giants.

This game started out like just about every other game between the Patriots and Bills this century, with New England jumping out to a 21-0 lead midway through the second quarter.

No lead was safe for the Patriots in 2011, however, especially when Brady was out there throwing four (!) interceptions in one game. Buffalo managed to tie the game at 24-all with 10:36 left in the fourth on a Fred Jackson 1-yard touchdown run and took the lead 14 seconds later on a Drayton Florence pick-six.

New England tied the game with 3:25 left on a Brady pass to Welker before who else but Ryan Fitzpatrick drove the Bills into field goal range, where Rian Lindell connected from 28 yards out as time expired to give Buffalo its first win over New England in eight years.

The 21-point blown lead remains the largest under Belichick and the fourth-largest in franchise history for the Patriots, who were favored by 7.5 points in the contest. The win also might as well be the most recent for the Bills against New England; Buffalo’s 17-9 win in Week 17 of the 2014 season doesn’t count, with the Patriots having already clinched homefield advantage throughout the playoffs, nor does its 16-0 win in Week 3 of the 2016 season. Buffalo blanked New England, 16-0, with Jacoby Brissett -- who had a broken thumb -- filling in for the injured Garoppolo while Brady was suspended.

The 2009 season represented the nadir for the Brady-Belichick Patriots in many ways, and in no single game was that more evident than in this Sunday Night Football clash against the Colts.

New England led 31-14 early in the fourth quarter after a 5-yard touchdown pass to Randy Moss, who finished the game with nine grabs for 179 yards and a pair of scores. Peyton Manning was still at the peak of his powers for the Colts, however, and he quickly engineered a scoring drive to make it a 10-point game.

The Patriots led 34-21 after a Gostkowski 36-yard field goal with 4:12 left before Joe Addai scored on a 4-yard touchdown run with 2:23 to go, making it a one-score game.

No problem, right? New England had Moss, Welker, Kevin Faulk, Ben Watson and a young Julian Edelman in its arsenal. All the Patriots had to do was pick up a first down, make the Colts burn their timeouts, and they’d hand their rivals their first loss of the season.

About that. Back with the ball facing third-and-2, Brady’s pass for Welker fell incomplete with 2:08 left at the New England 28-yard line. Instead of bringing out Chris Hanson to punt, Belichick left the offense on the field, terrified of Manning on the opposing sideline.

Brady completed a pass to Faulk on a quick out, but Faulk bobbled the pass and was ruled short of the first down marker. Predictably, the Colts scored just four plays later, earning a 35-34 win to drop the Patriots to 6-3 on the season.

Indy had been 1.5-point favorites, but the 17-point blown lead was the second-largest under Belichick at the time. New England still won the AFC East, but played on wild-card weekend -- which, until this coming weekend, was the last time it had to do so.