‘True to His Character': Romney Advisors Not Surprised He Joined George Floyd Protest

“He’s his father son," said a senior advisor to Romney during his 2012 presidential bid. "His father as you know marched in the 1960s and was someone who spoke out when he needed to.”

Former Massachusetts governor and Utah Sen. Mitt Romney joined a Black Lives Matter protest in Washington this weekend, making him the first Republican senator to do so and sparking skepticism from both liberals and conservatives about his motives.

Romney posted a selfie on social media, showing him wearing a mask as he walked with Christian protesters in D.C. on Sunday. Above the photo he wrote: Black Lives Matter.

It was startling to many, as was his message.

“We need to stand up and say that black lives matter," Romney said. "We need many voices against racism."

While it is a sentiment being loudly yelled around the country, coming from a Republican Senator, in front of the White House, it made a statement.

Jim Merrill, a senior advisor to Romney during his 2012 presidential bid, was not surprised. He says Romney joining the protest was true to his character.

“He’s his father son," Merrill said. "And you know his father as you know marched in the 1960s and was someone who spoke out when he needed to.”

On Saturday, Romney tweeted a photo of his father, George, who was the governor of Michigan from 1963 to 1969, marching with civil rights protesters in the 1960s in a Detroit suburb.

"This is my father, George Romney, participating in a Civil Rights march in the Detroit suburbs during the late 1960s — Force alone will not eliminate riots," Romney wrote in the caption. "We must eliminate the problems from which they stem."

Merrill says Romney has always cared about justice and equality. But some feel there is more to it than that.

“He doesn’t like Trump and this was a way to thumb his nose at Trump,” Rob Gray, a 2002 Romney advisor, said.

Gray says it's important to remember that Romney groveled in front of Trump twice, in 2012 to get his presidential endorsement and in 2016 when he auditioned for Secretary of State.

“He believes in the cause, yes," Gray said. "But marching right under Trump’s window with a mask on when Trump won’t wear a mask for a cause that Trump won’t support, I think was very satisfying for Romney.”

Romney‘s actions have drawn all kinds of commentary, including a tweet from writer Peter Sagal: "Sen. Romney has always been a very decent man who pretended to be much worse than he was to get elected President, and failed, in part, because he was so unconvincing."

Others think Romney may have been inspired by his adopted grandson, who is black.

“People who denigrated him years ago now think, 'geez, what a good guy.' He’s always been that guy,” said Merrill.

Gray says Romney likely won’t vote for Trump and may hope to convince other moderate Republicans to do the same. 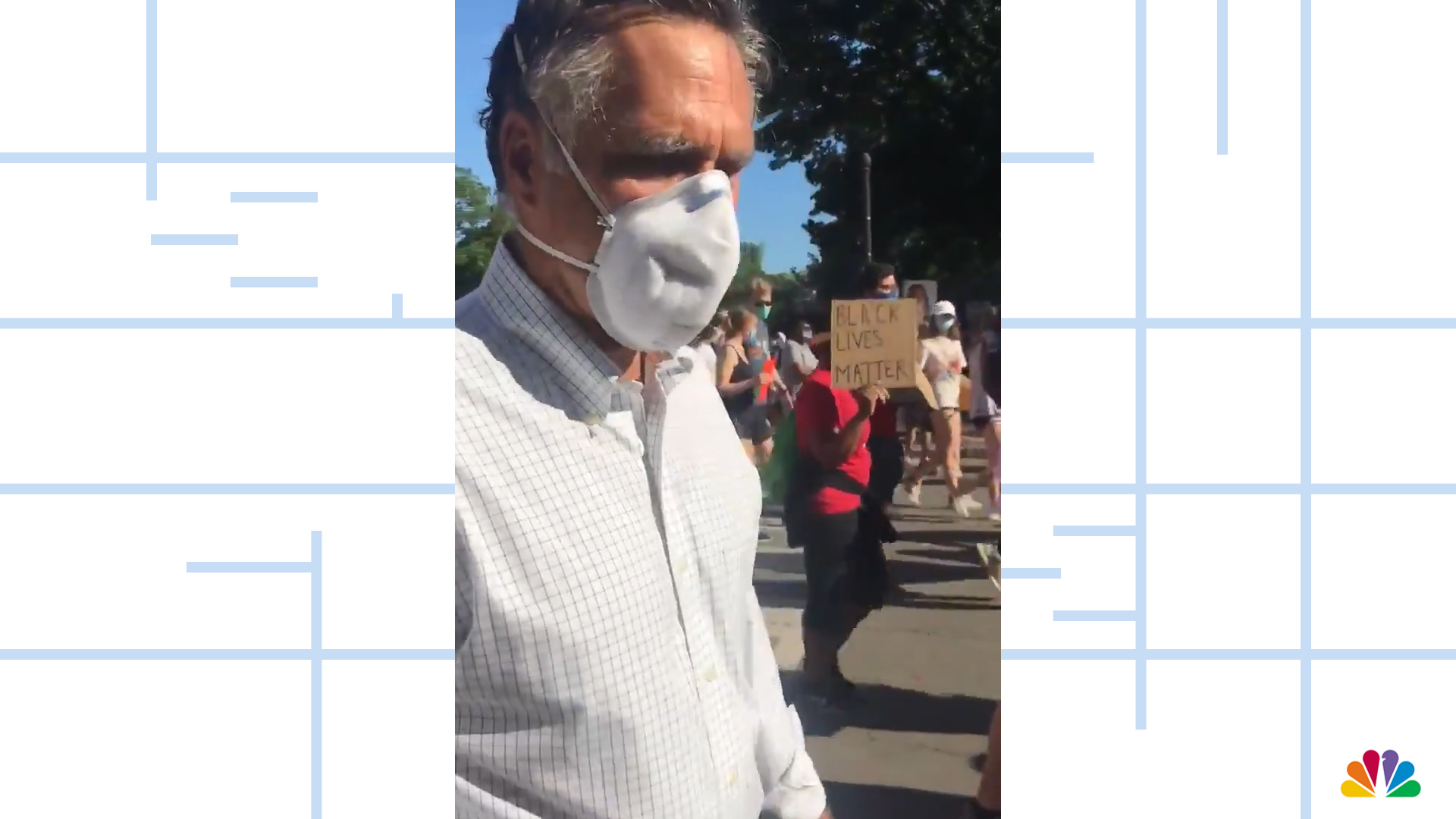 Sen. Romney Marches to the White House in Support of Black Lives Matter 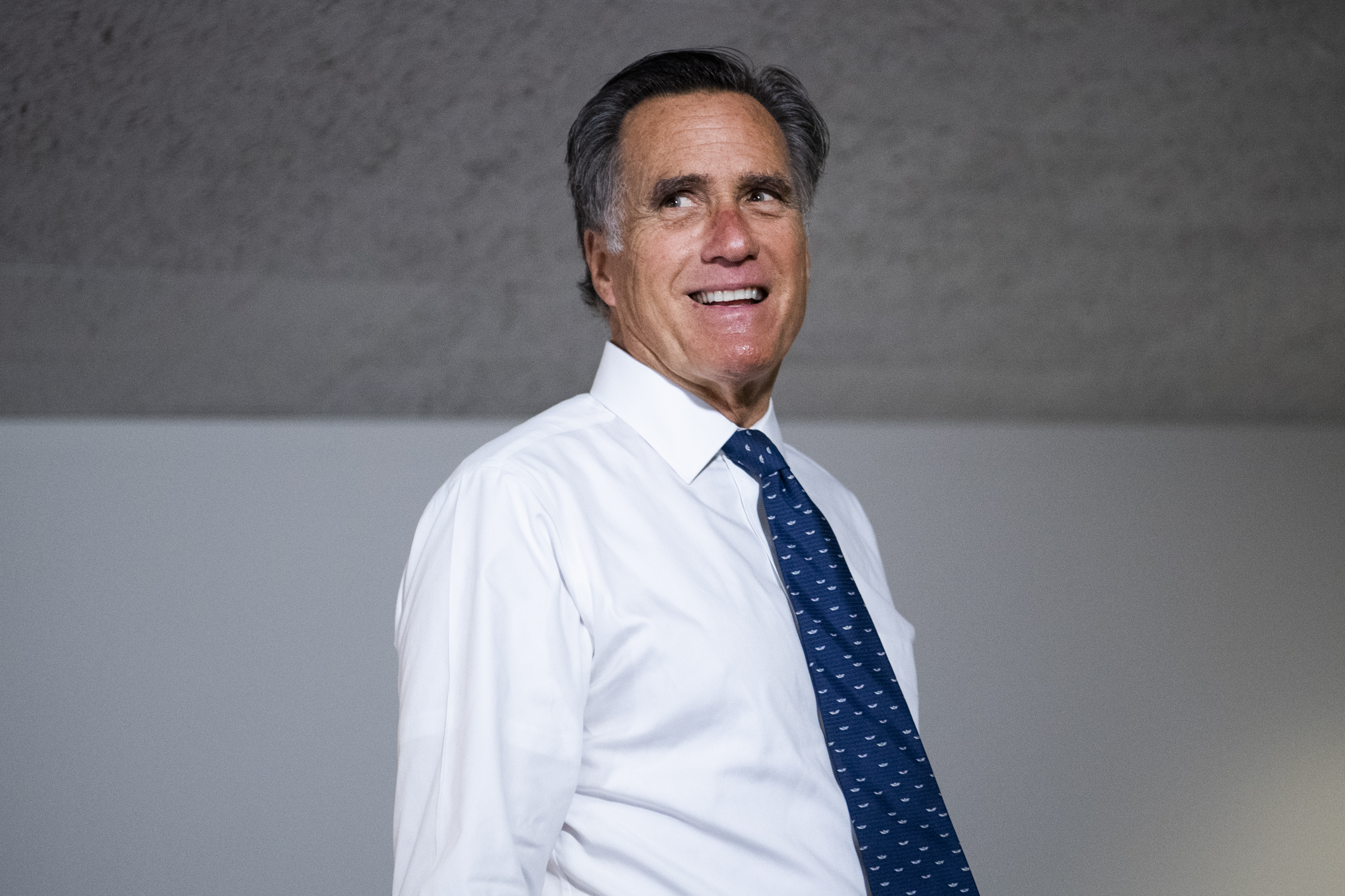