Isolated sprinkles and showers develop Wednesday morning, then become a steadier rain Wednesday mid-afternoon through evening, with rain departing overnight after dropping either side of half an inch

An exceptionally quiet Tuesday belies the storm that’s organizing over the central United States and headed for New England Wednesday.

For now, a nearly calm wind will spare New England from any wind chill factor, but the air is cool. Highs are 40 to 45 degrees for most, with sunshine generally dimming behind increasing clouds during the afternoon. However, some pockets of ocean-effect clouds have been drifting on and off the coastline from the nearby ocean water.

Increasing Tuesday night, clouds will prevent temperatures from bottoming out below the 30s and a strengthening south-southeast wind Wednesday will ensure temperatures around the Boston area are plenty warm enough for rain. Isolated sprinkles and showers develop Wednesday morning, then become a steadier rain Wednesday mid-afternoon through evening, with rain departing overnight after dropping either side of half an inch.

In fact, the mild southerly wind will increase to gusts of 40 to 50 mph late Wednesday and Wednesday evening, with Cape Cod gusts of 50 to 60 mph a possibility. All of it's enough for widely scattered pockets of wind damage and power outages. Chances are good wind gusts will quiet below damaging levels by 8 to 10 p.m. for most of New England, perhaps a bit later along the Maine coast.

Gusty wind will continue through the overnight and through Thursday, with gusts to 40 and 45 mph still possible. All of this makes for a blustery Thursday, even though drier air will bring the return of sun, save for some scattered mountain snow showers and bursts of heavier snow from time to time in the high terrain. 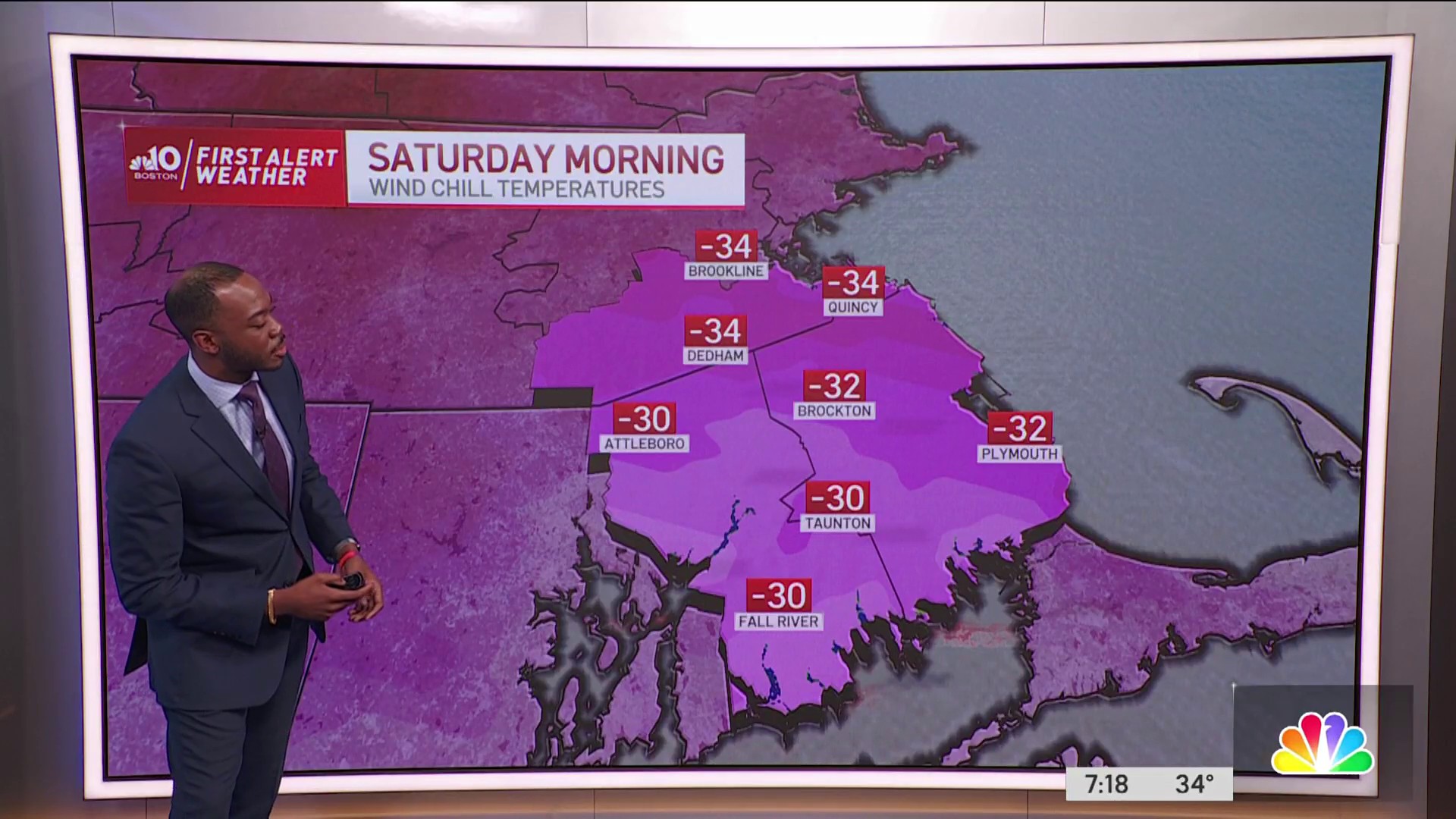 The wind quiets substantially by Friday with dry weather, but the next energetic weather system will be racing east toward New England, caught in a fast jet stream flow of wind aloft. This next system arrives Saturday, delivering morning clouds and showers by afternoon, if not sooner, lasting into Saturday night.

It’s worth noting that our pattern of dragging milder air into New England ahead of each precipitation event looks to continue for much of the 10-day forecast, with colder air only very slowly building south through Quebec and Ontario, but eventually building a bit more formidably in Northern New England, raising the chance of snow in the North Country with each successive event.

Saturday’s won’t quite be cold enough for that, however, with rain expected regionwide, followed by another shot of fair and cool weather Sunday.

A string of disturbances will likely make for disturbed weather in the first half of next week – expected to be mild enough for raindrops, yet again, in southern and central New England but perhaps at least including some snow in the North Country by the time the string of disturbances have run their course by midweek.