Scattered Showers and Wind to Decrease Ahead of Another Storm System

Today is day two of a three day nor'easter but Tuesday should be much better, especially in western New England.

A howling wind across eastern New England kept it loud outside New Englander's homes last night and today, with northerly wind gusting to 45 mph within 30 miles off the coast, which lasts through this evening.

Rain and spotty elevation snow gradually ends from west to east overnight with patchy frost by morning and temperatures in the low 30s.

Although a pocket of drier air moves east into New England from the Great Lakes Tuesday, shutting down precipitation is one thing – getting appreciable clearing is another feat that will be slower to come to fruition. Clearing is likely Tuesday in northern and western New England, but more likely to bring breaks of sun during the afternoon the farther southeast one is.

Wednesday should be a brighter day as a bubble of high pressure – fair weather – strengthens over Nova Scotia, but this fair-weather flow from our east will mean an onshore wind that will keep the coastline cool while inland communities rise to 60 degrees.

A strengthening storm system through the Ohio Valley Thursday will cross New England Friday, and all of this will result in a strengthening southerly wind Thursday, especially late, transporting milder air into New England and eventually delivering showers or rain with some embedded thunder possible Friday as temperatures work toward breaking 60 degrees. 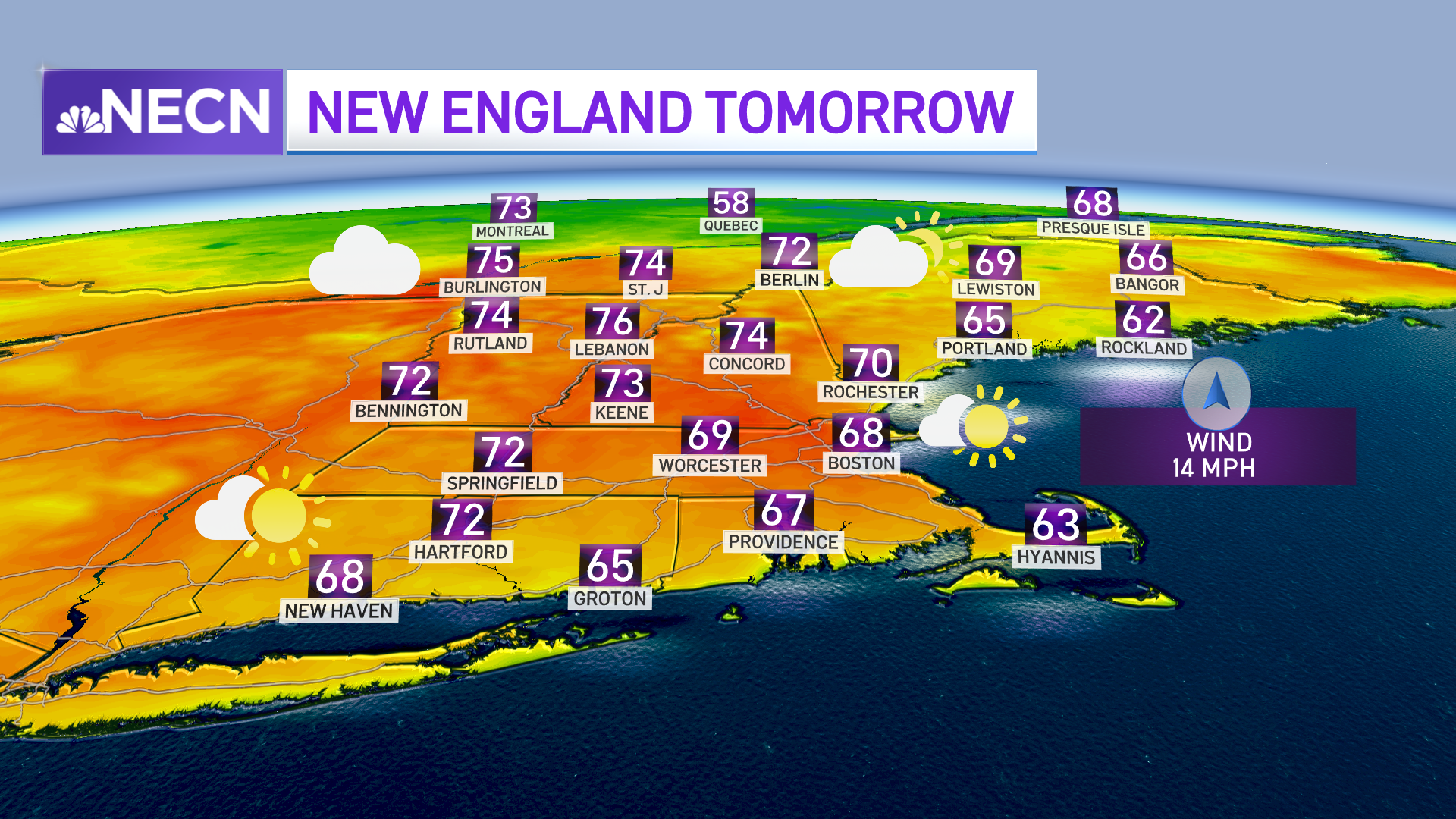 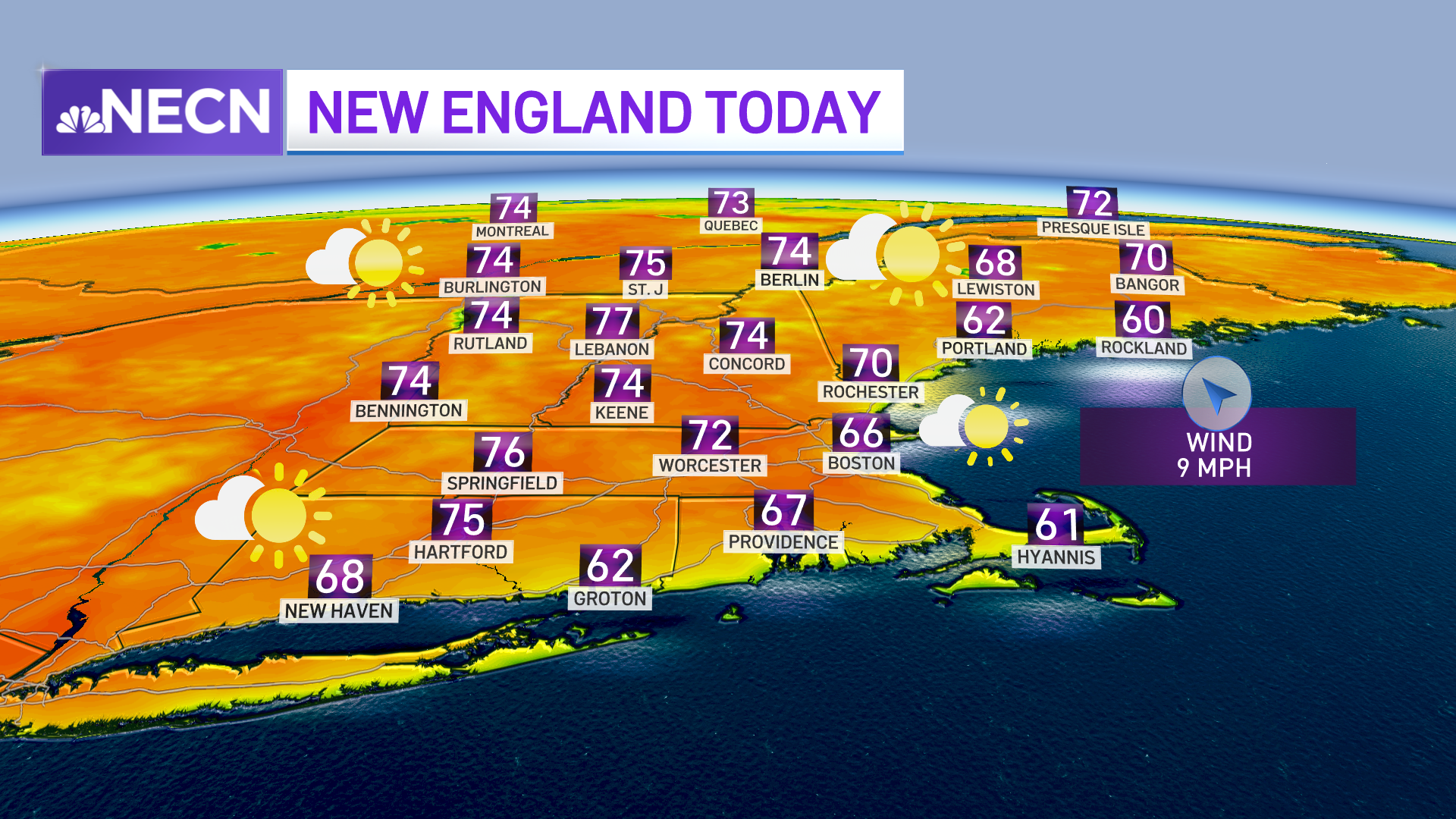 Although the passage of this system doesn't really spell a warm weekend following the storm in and of itself, it appears there's a lack of cool air available behind it, so we just may be able to reach the 60s this weekend as the weather improves and brightens.

At this point, although a chance of showers grows toward the midweek next week, our First Alert Weather team sees seasonable temperatures for the first half of next week and we've reflected that in our exclusive 10-day forecast.