Hundreds of people were without power in Leominster, Massachusetts, after a tree fell amid high winds — just one aspect of wild weather to hit the state Wednesday.

Intense snow squalls were seen moving through the state Wednesday afternoon, with 1/8-mile visibility reported in Gardner. They appeared to have broken up just before making a mess of the evening commute.

Wind advisories were also extended across central and eastern Massachusetts Wednesday afternoon for heavy winds that will gusts from 40 to 50 mph through 1 a.m. (See here for an up-to-date list of weather advisories.)

Nearly 800 customers were without power in Leominster Wednesday afternoon, according to the state emergency management agency's map. Power was restored by Wednesday night.

Police there initially attributed the outage to a lightning strike and said almost all of North Leominster was blacked out. But a National Grid representative had no information to confirm a lightning strike, saying the tree fell because of the high winds.

And the weather is about to get frigid Wednesday night, with temperatures falling into the single digits in northern New England tonight with 10s and 20s in central and southern New England.

The return of more seasonal weather will last about a day, before the warmth returns Friday, peaking over the weekend. 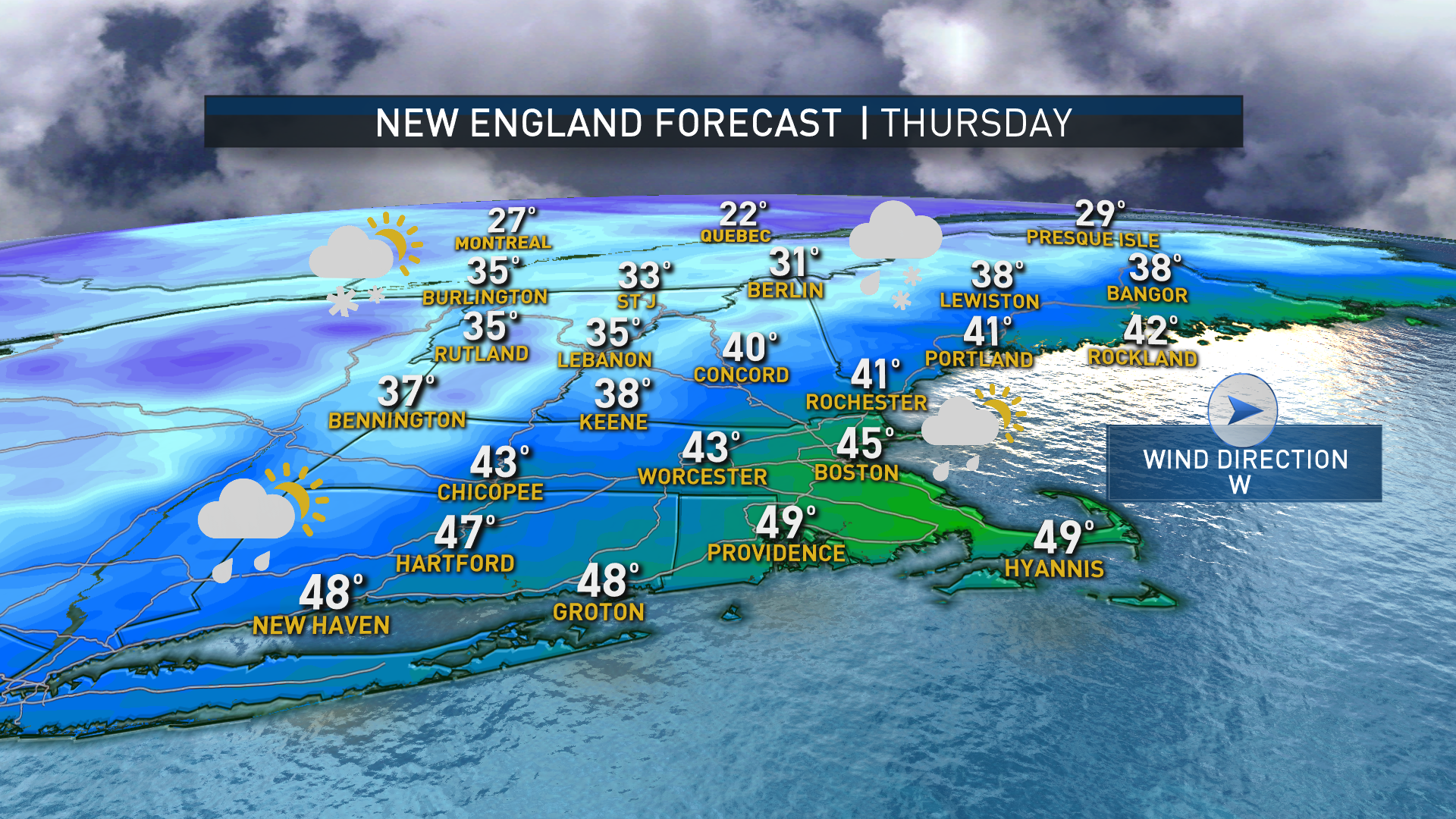