Following a series of reports from the NBC10 Investigators about hundreds of drivers dealing with erroneous license suspensions, Sen. Eric Lesser sent a letter to the leader of the RMV, asking how the agency plans to fix the problem

A state lawmaker is demanding answers from the leader of the Massachusetts Registry of Motor Vehicles, asking how the agency plans to fix the problem of drivers dealing with mistaken license suspensions for minor out-of-state violations they settled years ago.

Sen. Eric Lesser, who is vice-chair of the Joint Committee on Transportation, sent a letter on Wednesday to Registrar Jamey Tesler. Citing a series of reports from the NBC10 Boston Investigators, Lesser asked for an explanation for how the RMV plans to correct the ongoing issue.

“Their stories are troubling and make clear that being issued an erroneous suspension is a very serious problem, not just an inconvenience,” Lesser wrote.

Starting in February, NBC10 started documenting the frustrating ordeal of drivers who were surprised to get suspension letters in the mail from the RMV. The punishments stemmed from minor out-of-state infractions like speeding tickets and fender-benders the drivers had settled years ago.

After hitting bureaucratic brick walls, a steady stream of drivers have contacted NBC10 Boston, seeking help resolving their cases and getting back behind the wheel.

“It disrupts their livelihoods when being on the road is a big part of their job or daily routine,” Lesser wrote. “It forces them to change their entire way of living, or how they get groceries, go to the doctor’s office, or pick up their kids.” 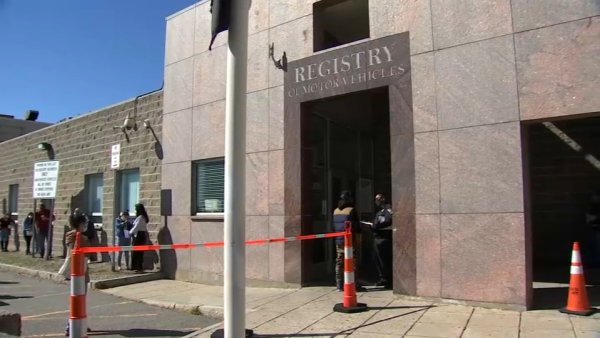 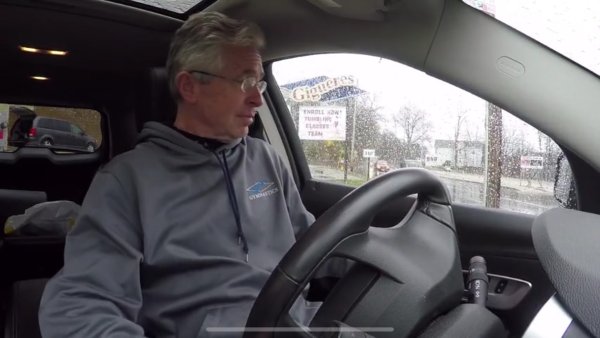 What If Your Driver's License Is Mistakenly Suspended During a Pandemic?

The problem is tied to a scandal from June 2019, when the RMV revealed it had not been processing out-of-state violations. Instead, the agency had allowed the paper notifications to pile up in boxes for years.

As the RMV has worked to eliminate the backlog, records reviewed by NBC10 Boston show there have been at least 7,600 suspensions issued.

It has been a year since a scandal at the Massachusetts RMV revealed a stunning backlog. Now, the NBC10 Investigators have learned of a new problem in which drivers are losing their licenses for minor infractions, like speeding tickets, that were settled years ago.

Some of those punishments are tied to potentially dangerous violations like OUIs. But there are also mistaken suspensions because the RMV has treated minor civil infractions like speeding tickets as more serious reckless driving.

Lesser questioned whether there is a problem with the codes used to transmit driving records from one state to another. He also asked if the RMV needs the statutory authority to conduct preliminary reviews before doling out suspensions.

“The Registry must inform the Legislature or offer a better solution,” Lesser wrote. “Otherwise, it risks prioritizing convenience over protecting the public once again.”

In a statement sent to NBC10 Boston, a spokeswoman with the RMV said the agency has undertaken many reforms and process improvements over the past year to reprioritize public safety responsibilities. The agency said it does not have the statutory authority to use discretion when taking sanctions against drivers for out-of-state violations and must apply them as if they happened in Massachusetts.

“While state law gives only the Board of Appeals the authority and duty to apply discretion and consider extenuating circumstances to alter, appeal or overturn those suspensions for drivers it finds equitable to do so, that discretion does not equate to an administrative mistake,” the statement said.

However, the problem has only been compounded by the coronavirus pandemic.

Drivers have waited in long, socially distant lines outside of RMV buildings without getting their mistaken suspensions resolved.

Records the NBC10 Investigators obtained show there has been a major slowdown with appeals. More than 2,500 appeals have been filed since March, and only about one out of every three has been resolved.

As a result, some drivers have already served the length of their suspensions by the time they can get them erased from their records.