The Biogen conference in Boston was responsible for roughly 1.9% of all U.S. cases in 2020, one study suggests.

One year ago this weekend, more than 100 people from around the world convened at the Boston Marriott Long Wharf hotel for a biotech leadership conference led by the Cambridge-based biotech company Biogen.

At the time, the novel coronavirus SARS-CoV-2 was widely known to be circulating. The World Health Organization had already declared the virus and the disease it caused -- COVID-19 -- a Public Health Emergency of International Concern. But, on Feb. 26, 2020, the U.S. was still operating business as usual.

The biotech conference would quickly become a superspreader event, launching the COVID-19 outbreak in eastern Massachusetts and causing as many as 330,000 cases of coronavirus worldwide, according to a study published in the journal Science.

According to the study, the conference was responsible for introducing more than 120 new coronavirus cases into the Boston area. More than a quarter of the introductions accounted for an estimated 85% of cases, the study found.

A conference held by Biogen in February may have led to 20,000 coronavirus cases, according to a new study.

Nearly 100 people became ill following the Cambridge-based company's leadership conference, prompting the Marriott hotel to shut down in mid-March. But it was too late. Conference attendees had already hopped on planes to head home to destinations around the world, before many public health precautions were put in place.

In one case, a former Biogen employee who contracted COVID-19 through a contact who attended the conference allegedly hid her symptoms to board a flight to China.

Officials say that the woman who flew to China despite having COVID-19 symptoms faces charges.

"Because SARS-CoV-2 viruses circulating at the conference happened to be marked by distinct genomic signatures, we were able to track its downstream effects far beyond the superspreading event itself, tracing the descendants of the virus as they made a large contribution to the local outbreak in the Boston area and as they spread throughout the US and the world, likely causing hundreds of thousands of cases," the study read.

Since then, Massachusetts has experienced spikes and declines of COVID-19 cases and deaths, along with sweeping measures to prevent the virus's spread.

The conference became one among many that reinforced that close-contact settings were prime breeding grounds for the highly contagious virus, prompting health officials in the state to shut down gathering sites and reduce capacity at many indoor locations.

More on the Biogen conference 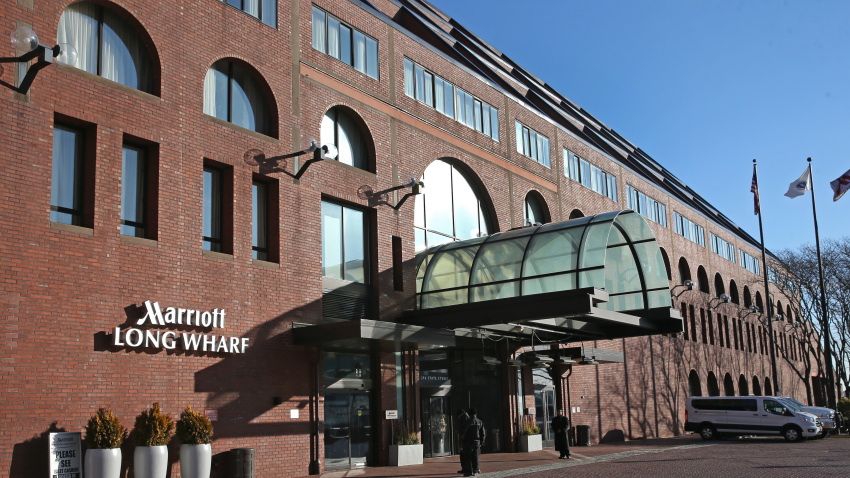