Because of volunteers like Said El Mennaouy and his friends, Mutual Aid Eastie is able to feed about 300 families a week in and around the neighborhood

Said El Mennaouy cannot run his new catering business because of the coronavirus pandemic. In the meantime, he and his friends have decided to feed those in need for free.

“Because a lot of families, they are suffering with food,” El Mennaouy said. “They are no longer working.”

East Boston is the second-hardest-hit neighborhood in Boston, and while there are several nonprofits helping its residents, Mutual Aid Eastie founder Dr. Neenah Estrella-Luna realized her Muslim neighbors could not eat food that is not halal, in accordance with Islamic dietary laws.

Estrella-Luna posted a message on social media asking for volunteers to help, and El Mennaouy, who is originally from Morocco, answered in a way she wasn’t expecting.

“All of the meals, all of the prep, all of the labor that went into making 200 meals a week,” Estrella-Luna said. “That was coming out of his own pocket.”

Nearly 63% of workers said they want to work from home at least one day a week permanently, a Pioneer Institute study found.

Mutual Aid Easties is working to reimburse the volunteer cooks. Still, the free meals mean a lot for people like Mohamed Medjahed, whose family is struggling with employment.

“I mean, I have to work but reduced hours,” Medjahed said.

“It’s very helpful,” she said. “Sometimes I will think, What am I going to cook for my children?”

The increasing need for food during the pandemic has now brought hundreds of people of different backgrounds, including Muslims and non-Muslims, to East Boston’s YMCA for the free halal food.

“We buy the ingredients and we start cooking for the whole community,” El Mennaouy said. “Every Tuesday and Friday we cook, like, sometimes 200, sometimes 160 plates.”

Because of volunteers like El Mennaouy and his friends, Mutual Aid Eastie is able to feed about 300 families a week in and around East Boston.

May is Asian American and Pacific Islander Heritage Month, but Boston's Chinatown has been struggling since the start of the coronavirus pandemic. We spoke to local business leaders about its future.

May was also the majority of Ramadan, a holiday that requires Muslims to fast from morning to sundown, leaving many with less energy.

Mennaouy said the kindness Americans have shown him since immigrating to the U.S. from Morocco keeps him going.

“The time has arrived to give back to the community,” he said. 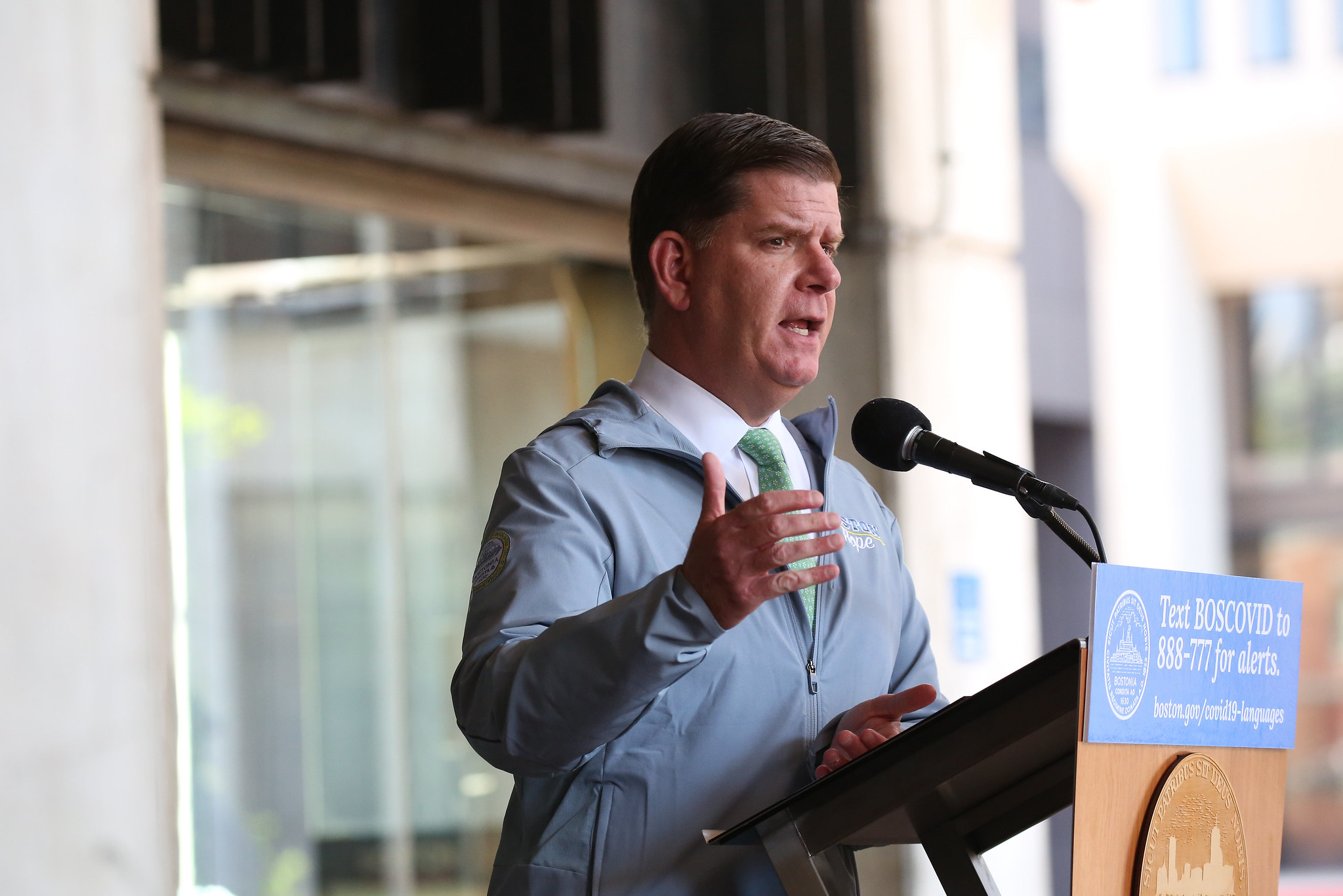