On March 13, the Boston Celtics sent Kevin Garnett's jersey to the rafters of the TD Garden, cementing his legacy in Boston sports history. Another member of the 2008 Celtics was there to witness "his vet" shed a tear.

Glen Davis, also known as "Big Baby," joined "10 Questions with NBC10 Boston" this week and explained what stood out to him most from his return to the TD Garden and why he's so excited to start building his comedy career. The former Celtics big man also shared which current NBA player he's been keeping his eye on this season and gave some words of wisdom to his Louisiana State University Tigers as they prepare for March Madness.

NBC10 Boston: KG's [Kevin Garnett] No. 5 went to the rafters of the TD Garden this past weekend. What was the most memorable part for you?

Glen "Big Baby" Davis: It was just seeing him cry. Never seen KG even tear up or anything. He really teared up, and I was amazed like that. A guy with so much passion and to see him so happy... was awesome.

What would you say was one of your favorite memories with him?

I've got so many memories. KG was my vet. I spent a lot of time with him behind the scenes, just kicking it. It just meant a lot to know that I was part of his process, his journey and I'll always have a friend. 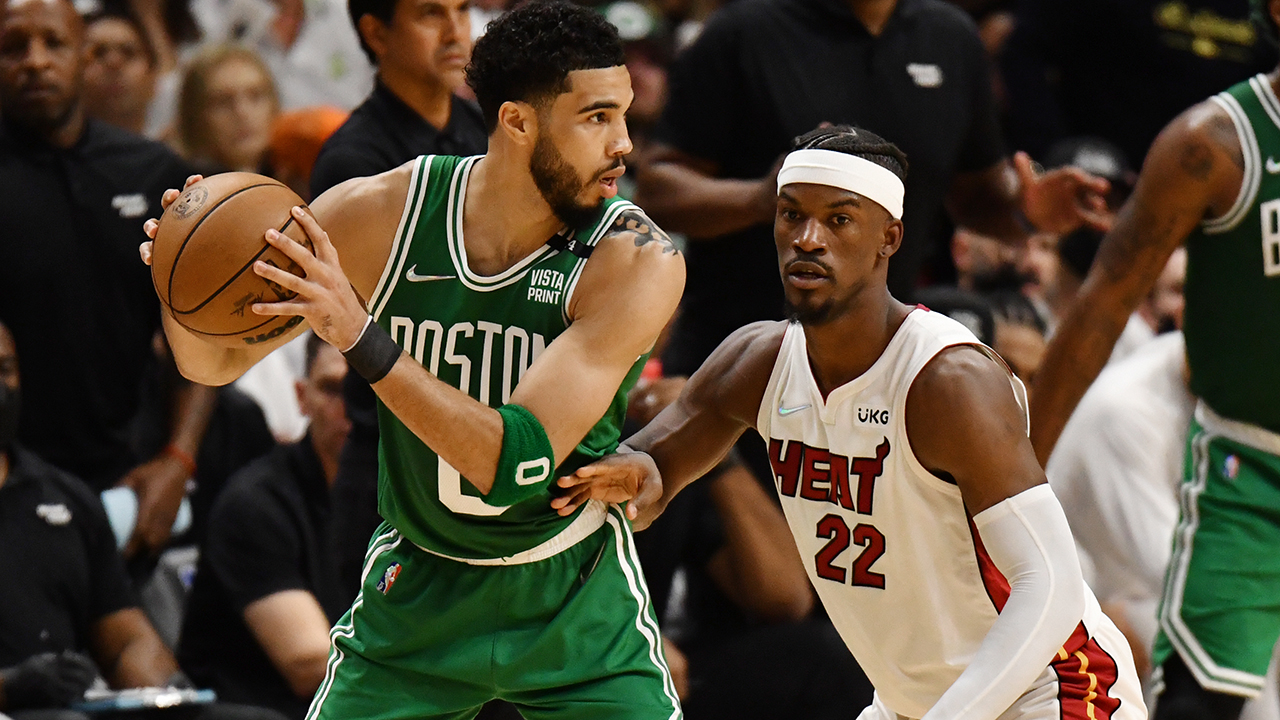 Do you remember the day you met him?

The first day I met him, me and him got into one of the biggest arguments ever. I'm a rookie coming in, it's September and we all play pick-up [basketball] getting to know each other.

I make a shot over him right and I'm like talking to myself like, "Get it up!" because I had a problem with my arch and my shot so I'm talking to myself. He turns around and is like, "Hey [expletive], who you talking to?" I'm like, "KG, I'm not talking [expletive] bro, I'm just trying to get my swag." He's like, "[expletive] your swag." That was our first encounter, but after that we were inseparable.

What have you been up to outside of the game (of basketball)?

You majored in theater at LSU. Was comedy always part of the plan?

I just knew I was going to be in entertainment in some type of way but now it's here. Like a basketball player, getting my reps up. Now I have this tour coming up. It's going to be exciting.

How has the process been of breaking into comedy?

It's a lot of hard work. People don't realize how much hard work you have to put in, going through writer's block and really trying to find jokes. Putting a team together and make sure they cater to you and how you are as a comedian. Watching old comedians and seeing the flow, seeing how they adapt... The pay is a little different than the NBA but you have to humble yourself.

You mentioned studying other comedians. Is there someone that has stood out to use as a blueprint?

You know, I'm an old-school type of guy, from Louisiana, I'm a southern guy. I love those old comics: Bernie Mac, Richard Pryor, Eddie Murphy, Martin Lawrence. There's so many I could name, but those guys got that old-school feel. So I'm kind of in that lane. I love that type of comedy. I like some of the new guys too, DC Youngfly, the 85 South Show. Those guys are awesome with what they're doing with improv comedy.

(Why) is your comedy tour taking place in Massachusetts?

I came to the East Coast because I have so many fans and so much love here. Being a basketball guy and Mass. being a basketball state, it was just a look to come that way first and really get it going. It's going to be fun. I can't wait.

Can you give us a preview of what fans can expect on the tour?

Well, you know, it's a "Life After Basketball Tour" and it's about everything that I've encountered after leaving the game. As a basketball player, we're like up in this imaginary world. Money is crazy, travel, interaction with fans now that you're retired. Just things I miss about the game and things I don't miss. Encounters with Doc (Rivers), encounters with KG, encounters with (Rajon) Rondo. It's just who I am as a basketball player but now who I am as a person. It's a tour where you can see who Glen Davis is as an individual. What kind of person he is. You get to see the real "Big Baby".

Who is the current NBA player that you've been following the most this season?

I've been following Grant Williams. I look at his game and I feel like If I would’ve been the player that I feel like I should have been, it would’ve been him. The way his body is shaped, the way he plays the game. I want him to do more. I talk to him about it all the time about just using his body, the way he plays. I've been watching Grant. I love his position, the way he settled himself on the Celtics. I feel like if he can give us six to eight more points we’ll be a contender team... I watch him a lot. I want him to be successful. I love his game. He's an SEC guy, so you know we got to stick together.

You've been really impressed with his improvement from last season vs this season?

He's improved. To come into the (NBA) and change his game. He changed his game completely. Now he's shooting threes, so that shows me he can adapt, but at the same time, he's still not him yet. What made him great and why he got drafted... I just don't want him to forget who he truly is an individual on the court.

The "Life After Basketball" tour began in Plymouth in February but Davis' next stops include the Comedy Attic in Worcester on March 25 and 26, Comedy Scene in Foxboro on April 1, Off Cabot Comedy in Beverly on April 7, and finally Laugh Boston on April 15.