Suffolk County District Attorney Rachael Rollins joined "10 Questions with NBC10 Boston" a day after submitting her resignation to Gov. Charlie Baker and ahead of being sworn in as the U.S. attorney for the District of Massachusetts

Rachael Rollins doesn't have much time between jobs.

Rollins submitted her resignation as Suffolk County district attorney -- the top state prosecutor for Boston -- on Wednesday as she prepares to be sworn in as the new U.S. attorney for the District of Massachusetts -- the top federal prosecutor in the commonwealth -- on Monday. Facing opposition from Republicans over her reputation as a progressive prosecutor, Rollins was confirmed by the Senate in December 2021 when a 50-50 vote ended with Vice President Kamala Harris breaking the tie.

The Cambridge native joined NBC10 Boston Thursday to talk about her time as DA and share the opportunities that led her to the career she has now. Rollins will be the first Black woman to serve as U.S. attorney for Massachusetts role and explained why representation at every level of government is important.

A former student-athlete at UMass Amherst, she also recapped how playing lacrosse led to her decision to go to law school and what being on a team can teach someone leading in a workplace.

This transcript has been lightly edited. Watch the full interview in the video leading this story.

NBC10 Boston: What are you most proud of from your work as the DA?

Rachael Rollins: I'm most proud of the amazing staff I inherited. Remember, I'm the face of this office, all the great work is really done by the employees. The assistant district attorneys; the victim witness advocates; the investigators; my executive team, which is phenomenal. We have a comms team, IT, HR, government affairs, community engagement -- none of our work happens without those exceptional people. So I'm proud of the team I inherited. And then we made an exceptional team even better. That is something I'm going to look back at and I believe Suffolk County is better because of it.

I'm proud of the Rollins memo, which is essentially, I would say, the operating manual that we put out that is the vision of what the criminal legal system could be that we put to writing [and which] implement some of the policies that I ran on as a candidate. I'm really proud that we always did what was right, whether it was easy or not. You know, if I wanted to be loved by everyone, I could have done nothing in this job and just kept going the way we were before and occasionally said some stuff and then made no changes whatsoever. What we have seen in Boston is a 20-year low in homicides in 2019. And then, like the rest of the world, unfortunately, we saw a spike in 2020 towards a global pandemic. We've seen a drastic drop again in 2021.

Boston is an outlier. We are seeing a downward surge in violent crimes. We're one of the only major cities in the United States where that has happened. That's because of the great work of the Boston police, the state police and also assistance [from] Chelsea, Winthrop, Revere and [MBTA Transit Police]. But the DA's office is involved in that as well.

You are a pretty polarizing figure ... your Senate confirmation was the first time since 1993 where the body held a roll call vote for a U.S attorney nominee. How would you say you stay grounded despite the fact that you do face opposition?

I'm really fortunate to come from an amazing family. I have parents that are very supportive. I have a partner, Russell, that is very supportive. My daughter -- I have a 17-year-old daughter, so nothing the Senate says about me could ever hurt my feelings. But my daughter is ruthless with the way -- so I'm sort of joking but, look, the data speaks for itself. What we are doing here is working.

There are a lot of people invested in the criminal legal system working exactly the way it has for decades. Because it works great for them. What I'm saying is I want it to work great for everyone.... We report to no one but the voters. We don't have to get the governor's permission to do anything, [or that of] the legislature, our mayors or town managers or city managers or city council. We can move quickly and with autonomy and that is a very powerful position to be in.

Now you will be working under the U.S. attorney general. How do you think it'll be for you, where you don't have as much autonomy as you used to?

I used to work in this office, and I was an assistant United States attorney for over four years. And before running for DA, I worked and had a boss in every job I had. So people that are saying like, "Oh, what is she going to do?" I'm going to do what all of you do. You have a boss, and you report up to that boss, and we will be fine.

When I when I was elected DA, I was the first woman ever elected DA in Suffolk County. And, certainly, I am a Black woman, but no woman had ever been elected into this role before. And the first woman of color in all of Massachusetts, of those 11 DA's offices. Representation matters in -- I think, period, but certainly in systems where we have the ability to take away your liberty.

If the person who arrested you doesn't look like you, fingerprinted you doesn't look like you brought you to court doesn't look like you ... your [assistant district attorney] doesn't look like you, your court-appointed lawyer, the clerk probation and the judge, how would you believe that you're going to get a fair shake in this system? If nobody understands your language of origin, where you come from, or only ever sees people that look like you in the context of being a criminal defendant? That is, unfortunately, some people's experience with the criminal legal system. What I'm proud of is that, when we have new people stepping up, and being either appointed or running for office, it makes us better. So I really do believe in, in particular, with wealth- and race-based disparities being glaring, it is really important that we have people that have lived in the communities that are most often the ones where violent crime occurs, and that actually come from those communities or are members of those communities.

I find your perspective to be very interesting because you grew up in a biracial household. How would you say that experience evolved during your upbringing and shaped your worldview on race relations in general?

So, from birth, I have dealt with race. My parents got married very shortly after the Loving decision. My dad is Irish-American male, and my mother is West Indian -- both of her parents are from Barbados. Their marriage certificate says "negro" on it. Their experience is very different than the welcoming, multicultural Boston we live in right now.

I just was raised where race wasn't a taboo issue to talk about. My father's family disowned him when he married my mother. They, like most people, came to, and we ended up having a very positive relationship with my Nana and Grandpa prior to their passing many years ago.

I am not uncomfortable talking about race and anyone who says, 'I don't see race,' is lying or pretending that they don't have issues. I also guarantee you they don't see race because, usually, there's no one of different races in their personal life.

You have, in a way, become an advocate for women's sports. One, as an athlete, but also your launch into law was when you challenged UMass [Amherst] and filed a Title IX lawsuit. How would you say you would like to see the growth of women's sports in general?

Women's sports have done everything for me, right? I'm the oldest of five children. My dad clearly wanted, I think, a son first. So we'd be throwing and catching [baseball] together all the time.... I remembered how proud I felt when I played sports and he would show up and be there right. I was fortunate enough at Buckingham Browne & Nichols School to captain the teams that I played on and be a good enough athlete to secure a scholarship to attend college.

I played lacrosse at UMass Amherst, Division I, and we did well. Then, after my freshman year, they cut three women's teams, and our men's football team that was not very good -- I'm being kind right now -- had not lost a single scholarship.... Although I didn't know any lawyers or judges at the time, as the oldest of five children, I knew what was fair. Me and some other phenomenal women ... got a lawyer and saw very quickly how different UMass' tune was from not taking our calls as just former female athletes to, miraculously, when we got a lawyer, having a meeting. And under the threat of a Title IX lawsuit, we got all three teams reinstated.

It's that competitive drive, I think, that is still in me. I could not play even one minute of a lacrosse game right now as a 50-year-old woman but I do think that sort of competition still is coursing through me with the work that I do. Because we have to be strategic, we have to be thoughtful. You don't show up to a trial not prepared, the same way that you don't show up to a game. What I'm super proud of is my daughter is an exceptional athlete. She just signed to go to Syracuse. She's a hurdler, and you see that it took me years to learn the things that she now knows at 17. And it's sports that has done that.

I am so proud of the women that I see today. I feel like the mom or the grandma, I'm looking back and saying, 'Oh my god, when you think of, Aly [Raisman] and Simone [Biles] and some of these women that have said, "never again will this happen and we demand accountability."' Now, it is a beautiful time in the world for women. 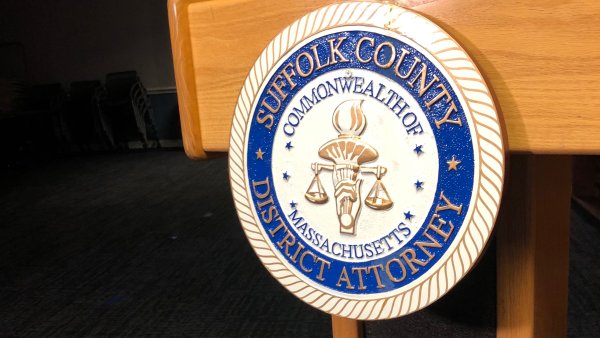