After the U.S. Supreme Court voted to overturn Roe v. Wade Friday, several groups in Massachusetts -- where a woman's right to an abortion is still legal -- planned rallies to respond.

The Beyond Roe Coalition -- led by Reproductive Equity Now, the ACLU of Massachusetts and Planned Parenthood Advocacy Fund of Massachusetts -- held a 1:30 p.m. news conference on Beacon Hill to discuss the next steps to defend abortion access in the Bay State.

The head of the Planned Parenthood Advocacy Fund of Massachusetts said that the state could see a surge in care, and that in-clinic and telehealth services were being expanded in preparation. Speakers discussed the possibility of a national abortion ban and the possible end of other civil liberties.

"We are not immune in Massachusetts," said Rebecca Hart Holder, the executive director of Reproductive Equity Now.

"We're going to do everything we can here in Massachusetts," Warren said, "but the forces that brought us this day are continuing to gather, are continuing to exercise their muscle. They will not rest until they ban abortion across this nation. This is the fight we are in."

Marylou Sudders, the secretary of Health and Human Services, called the ruling "a complete gut-punch" that called into question what "settled law means in our country."

The group RiseUP4AbortionRights is planning a rally near the Park Street T station for 5 p.m., a spokesperson told NBC10 Boston.

In addition, the Boston Socialist Alternative announced a rally at 6 p.m. at Copley Square on behalf of abortion rights.

A state law protects abortion rights in Massachusetts, but for people in other states, including New Hampshire, there are questions.

"Roe v. Wade has been overturned and abortion is now illegal in half the country," the group said in a statement. "The right wing is on the offensive and only a mass movement from below has the power to halt this all-out attack on women and LGBTQ people. We need to protest, walk out, occupy and strike to send the message to the courts, the right wing, and both major parties that we won’t tolerate these attacks any longer!"

The Boston Red Cloaks, a group that dresses in the distinctive outfits from "The Handmaid's Tale," was already planning at Concord's Monument Square at 5 p.m. ahead of the ruling.

In Massachusetts, abortion remains legal in many cases, even though the federal protection of the right to abortions is gone.

More on Abortion Rights in Mass. 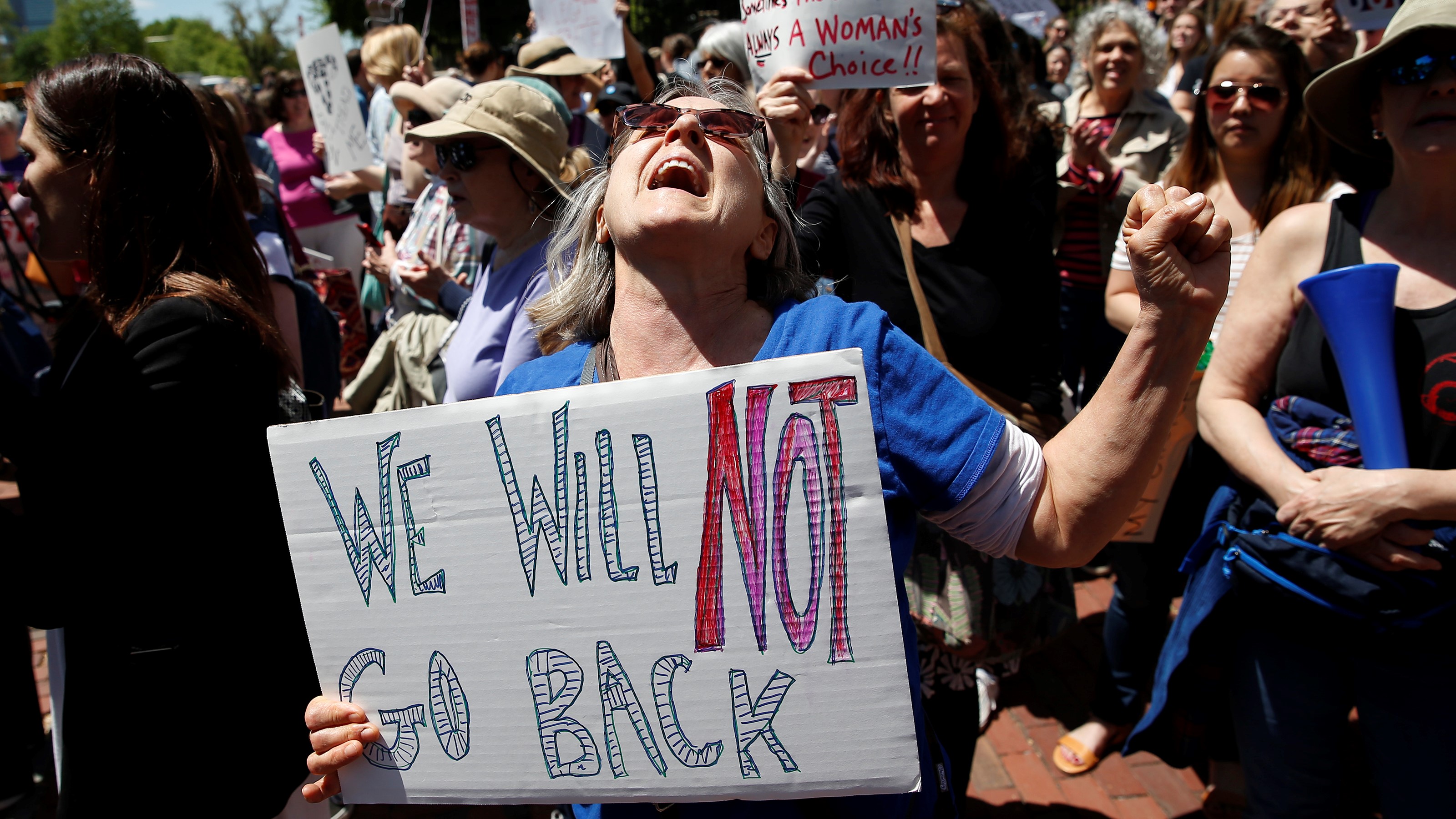