Video depicting a police officer punching a suspect after he had been detained on the ground in Cambridge, Massachusetts circulated on social media Saturday morning.

Selorm Ohene, 21, a student at Harvard, was arrested on charges of disorderly conduct and indecent exposure, apparently related to intoxication on Friday night, according to Cambridge police.

Although the video has since been removed from social media, several of the NBC10 Boston staff watched it prior to its removal and confirm that a police officer was punching Ohene while he was on the ground.

According to an initial statement tweeted out Saturday morning at 9:32 a.m. from the Cambridge Police Department, officers responded just after 9 p.m. on Friday to the intersection of Massachusetts Avenue and Waterhouse Street after receiving a call that a man had thrown his clothes in a woman's face, and other calls about a man who was reportedly naked. Upon arrival, the statement said, the man's friends informed officers that he had previously taken narcotics.

The Saturday morning police tweet described the end of the arrest as such: "Three officers from the Cambridge Police and another officer from the Transit Police were required to gain compliance from the male and place him in handcuffs to avoid further injury to himself, the responding offices, or any on-lookers."

No mention was made of any punches. 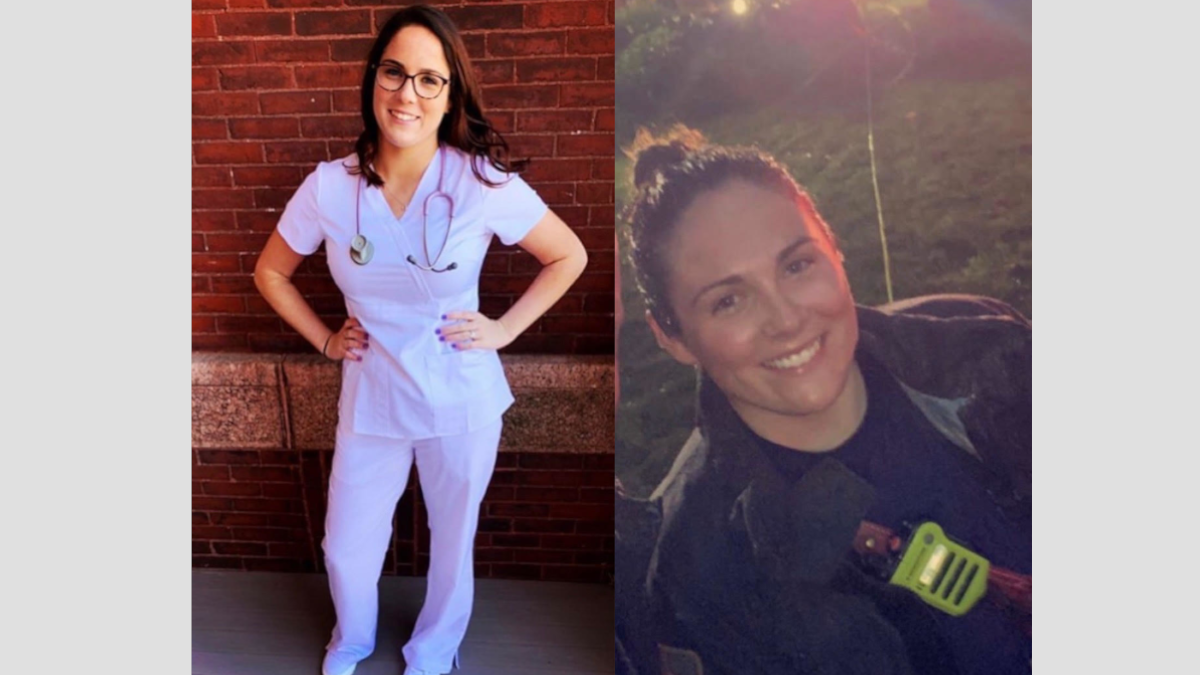 A later statement from Cambridge Police Commissioner Branville G. Bard, Jr., provided to Cambridge City Councilors and media included a lengthy defense of the use of punches:

"As we previously noted, use of force was required in order to effectuate the male’s arrest. The primary concern I’ve addressed this morning focuses on punches (five in total) issued by one of the involved officers after the suspect was on the ground. In a rapidly-evolving situation, as this was, the officers primary objective is to neutralize an incident to ensure the safety of the involved party(ies), officers and members of the public. Use of force was utilized to gain compliance from the involved party, who was displaying erratic behavior due to reports of his ingestion of drugs earlier in the evening. Once on the ground, officers were unable to gain compliance because the male contorted his body in a way that pinned his arms under his body and officers were unable to handcuff him. An ongoing struggle ensued. To prevent the altercation from extending and leading to further injuries, particularly since the location of the engagement was next to a busy street with oncoming traffic, the officers utilized their discretion and struck the individual in the mid-section to gain his compliance and place him in handcuffs."

However, the Harvard Black Law Students Association also released a statement Saturday, saying several of the organization's members had witnessed the incident, which the group described as "a brutal instance of police violence."

The statement described the end of the arrest as such: "While on the ground, at least one officer repeatedly punched the student in his torso as he screamed for help. The officers held him to the ground until paramedics arrived, placed him on a stretcher, and put him in the ambulance. A pool of blood remained on the pavement as the ambulance departed. Shortly thereafter, firefighters came and cleaned up the blood with bleach and water."

The group also noted that while Ohene was an unarmed black man, they desired for "our conversation be focused on the broader issues of police violence against Black and Brown people...and not this particularized incident."

Harvard University also released a statement earlier in the day: "The University is aware of the forcible arrest of a Harvard student by the Cambridge police department last night. We are concerned and gathering information about the facts and circumstances leading up to the arrest and understand that the city of Cambridge is reviewing the situation. University officials are also working, as they always do, to care for and support our students."

But the Black Students Law Association also criticized the university's handling of the incident. "Harvard University Health Services (HUHS) were the first to be called for help prior to the arrival of CPD. Instead of sending staff to support the student, HUHS transferred callers to CPD, who then responded as police often do whether cameras are rolling or not — by failing to appropriately respond to the individual needs of the person concerned and resorting to violence unnecessarily and with impunity. By involving CPD, HUHS put this student at great risk of being killed by the police."

The Cambridge police department has said that it will "continue to review and refine our protocols, policies and trainings as appropriate."