The car rolled several times before getting stuck, police said

A car flipped and crashed, landing wedged at an angle between an ambulance and a hill on the side of the road in Sharon, Massachusetts, police said.

The driver was trying to the pass the ambulance and overcompensated, causing the crash, the Sharon Police Department said in a Facebook post Monday that included a photo of the crash. Police did not say when or where the crash took place.

The ambulance was on the scene responding to another crash when the crash occurred, police said.

The driver, whose name was not released, was charged with negligent operation of a motor vehicle. No one was injured in the crash, according to authorities. 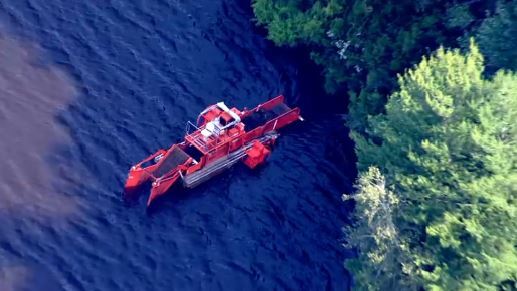