The death of a 14-year-old autistic boy found malnourished and with fentanyl in his system in his father’s squalid home last October was the result of a “multi-system failure” made worse by the pandemic, according to an investigation by the Massachusetts Office of the Child Advocate released Wednesday.

The report in the death of David Almond said Fall River schools, the state Department of Children and Families and the courts also failed the boy and two other children in the home, including one of David’s triplet brothers. The third triplet refused to live with his father.

The 14-year-old died last October while living at a Fall River apartment with his father and his father's girlfriend. The teen and his brother Michael were reportedly found severely abused and neglected and were living in horrid conditions.

"Always smiling, David's presence was known and felt instantaneously when he entered a room and he was described as the mayor of his former school," child advocate Maria Mossaides said.

The boys' father, 33-year-old John Almond, and his girlfriend, 26-year-old Jaclyn Marie Coleman, were were both indicted on second degree murder and neglect charges, the Bristol County District Attorney's Office announced this week. Coleman was also indicted on a charge of withholding evidence from investigators. Authorities said Coleman tried to destroy a cell phone in front of police officers.

Authorities are investigating the death of 14-year-old David Almond, an autistic Fall River boy, who is said to have lived in squalid conditions, prosecutors said in court.

The child advocate says while the ultimate responsibility lies with the couple "who blocked all attempts for meaningful contact with the family," but the investigation determined that there was a "multi-system failure complicated by the pandemic."

Michael Almond and another young child found at the home are in protective care while John Almond and his girlfriend are in custody.

The home was filthy and crowded, and the brothers, both of whom were autistic, were "significantly and alarmingly emaciated, 80 pounds or so," Assistant District Attorney Seth Aitken said. David was covered in feces and bruises.

There is preliminary evidence that both teenagers had been given the powerful opioid fentanyl as well, Aitken said.

Fall River police were called about 7:45 a.m. on Oct 21, 2020, for help with an unresponsive male -- later identified as David Almond -- at a residence on Green Street near Pine Street, prosecutors said.

When first responders arrived, Coleman was performing CPR on the teenager, according to prosecutors. He was rushed to Charlton Memorial Hospital where he was later pronounced dead.

The second-floor apartment was strewn with what police believe were baggies containing heroin. It appeared there was also fentanyl in the home, prosecutors said.

The brothers were taken away from their father but returned to him right before the pandemic hit in March 2020. According to the report, John Almond declined in-person extended school year services that would have provided David with special education programing in the summer. Almond enrolled David in the fully remote learning option at school despite his high needs. 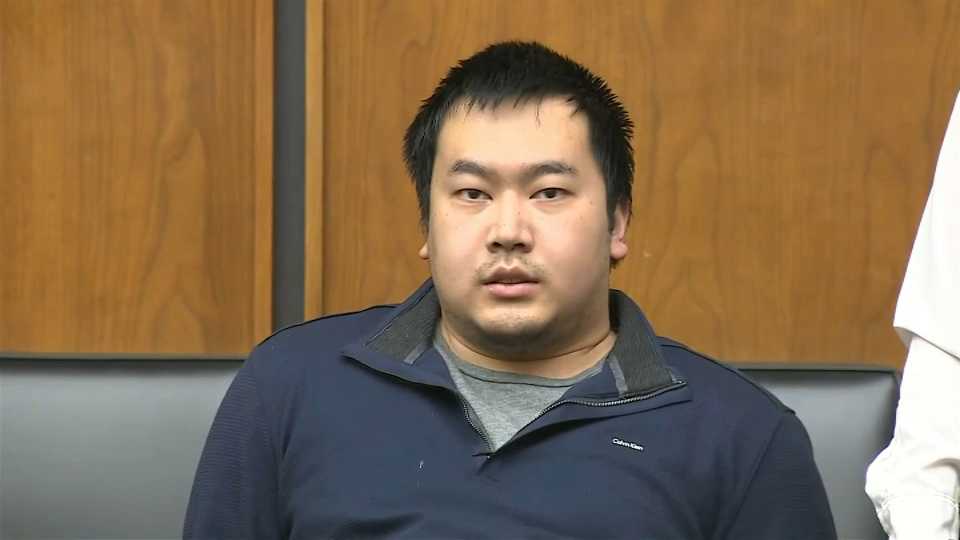 The report also found that the DCF case managers were notified about the 14-year-old's physical and behavioral deterioration, "but no action was taken by the DCF case management team to investigate the discrepancy between David’s presentation before and post-reunification."

"There were virtual visits done with this family but in-person visits were rebuffed by the family and we did not catch it," DCF Commissioner Linda Spears said. "We did not catch that there was purposeful efforts to avoid visits and avoid in-person contact."

At least two people at DCF have been fired over this case, and the child advocate has recommended several steps including improved monitoring and better scrutiny of family reunification with more involvement from the juvenile court to see that nothing like this ever happens again.

Almond and Coleman were arrested last Wednesday. They were arraigned Thursday in Fall River District Court on charges of caretaker neglect of a disabled person and drug possession. The caretaker neglect charges relate to the surviving brother, the district attorney said.

An arraignment date has yet to be set on the new charges.