Boston residents know that a local legend makes their way out in the elements when the snow starts falling. And a blizzard means you might just see the beloved Boston Yeti on the prowl.

John Campopiano, aka The Boston Yeti, has been a staple of the winter season since he first decided to put on a yeti costume and go walking around in the snow seven years ago. The character quickly went viral, and now people can't get enough of him.

Since the yeti’s first appearance, Campopiano has used his costumed fame to do good in the community and have fun while he's doing it.

With a massive blizzard hitting the region, the Boston Yeti will be out and about to bring a little joy to the storm. We caught up with him Saturday morning as the snow fell for an exclusive interview about his experience as the yeti, his plans for the future and whether or not we might see a baby yeti sometime soon.

More stories about the Boston Yeti 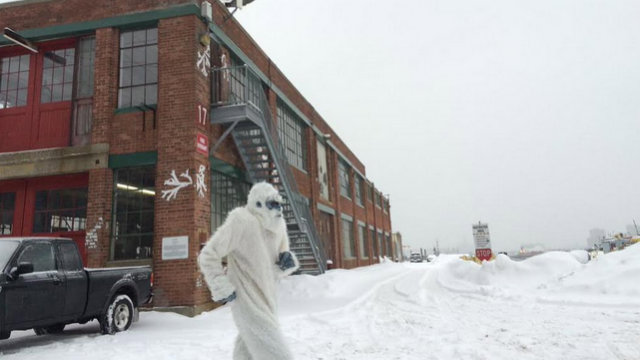 Yeti on the Loose in Boston?